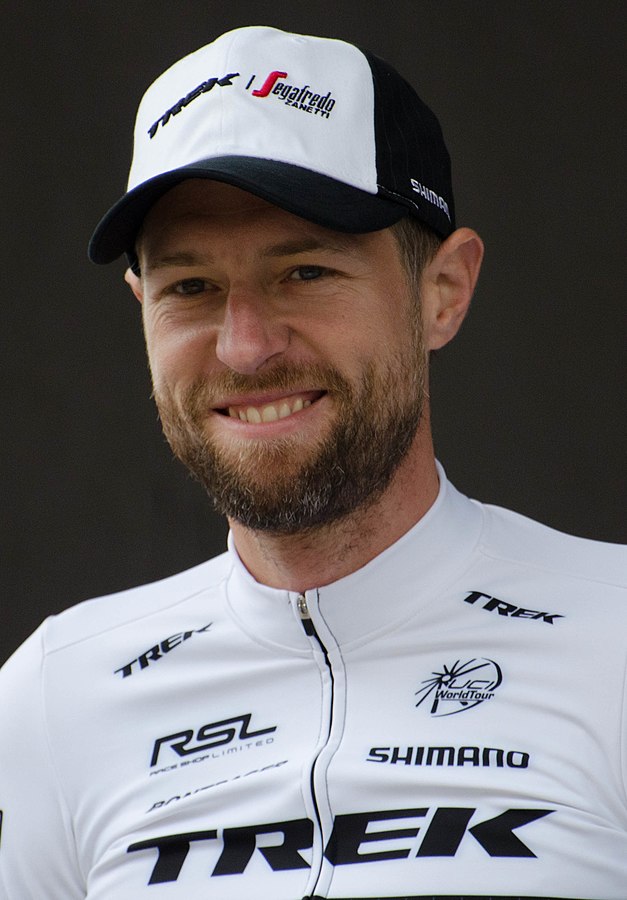 Ryder Hesjedal in 2016 at the Tour of Alberta.

Hesjedal was first introduced to cycling through a bike safety course at his elementary school, which led to riding the local trails around his home in Victoria after school. As a preteen, he competed in his first race at Burnt Bridge near Shawnigan Lake, where he placed second. Soon after, he entered the BC Cup mountain biking series. Hesjedal joined a development team in 2000. He eventually became a seven-time medalist in the World Mountain Bike Championships.

In 2002, Ryder finished first at the Union Cycliste Internationale (UCI) World Cup and the NORBA STXC National Championship. After finishing first at the NORBA Nationals in both 2003 and 2004, Ryder competed at the 2004 Olympic Summer Games in Athens. Although he appeared to be on his way to a gold medal, a flat tire derailed his ride and he did not finish the race.

In 2004, Hesjedal competed in both mountain biking and road cycling races. The following year, he joined a professional road cycling team. In 2007, he won the mountains classification in the Tour de Georgia as well as his first Canadian national title in the time trial.

Hesjedal competed in his first Tour de France in 2008. That same year, he won the first stage of the Giro d’Italia, another Grand Tour race. Hesjedal also represented Canada at the 2008 Olympic Summer Games in Beijing, placing 15th overall in the men’s time trial and 55th in the road race. The following year, he won Stage 12 of the Vuelta a España, the third of the Grand Tour races.

In 2010, Hesjedal finished second in the Amstel Gold Race in the Netherlands. Later that year, he finished sixth at the Tour de France, his highest finish in a Grand Tour race to that point. (Although he initially finished seventh, he was bumped to sixth following the revelation that Spain’s Alberto Contador had been caught doping.) It was the highest finish of a Canadian at the race since 1988, when Steve Bauer placed fourth. In 2011, Hesjedal won the second stage of the Tour de France with his team, Garmin-Cervélo, which took first in the team time trial. However, Hesjedal dropped to 18th place overall following a crash caused by a Tour fan. 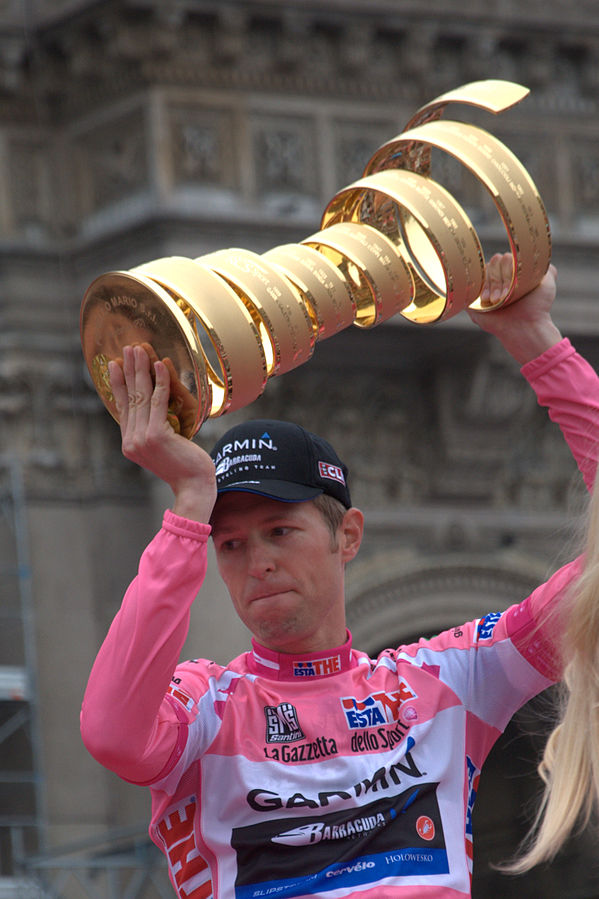 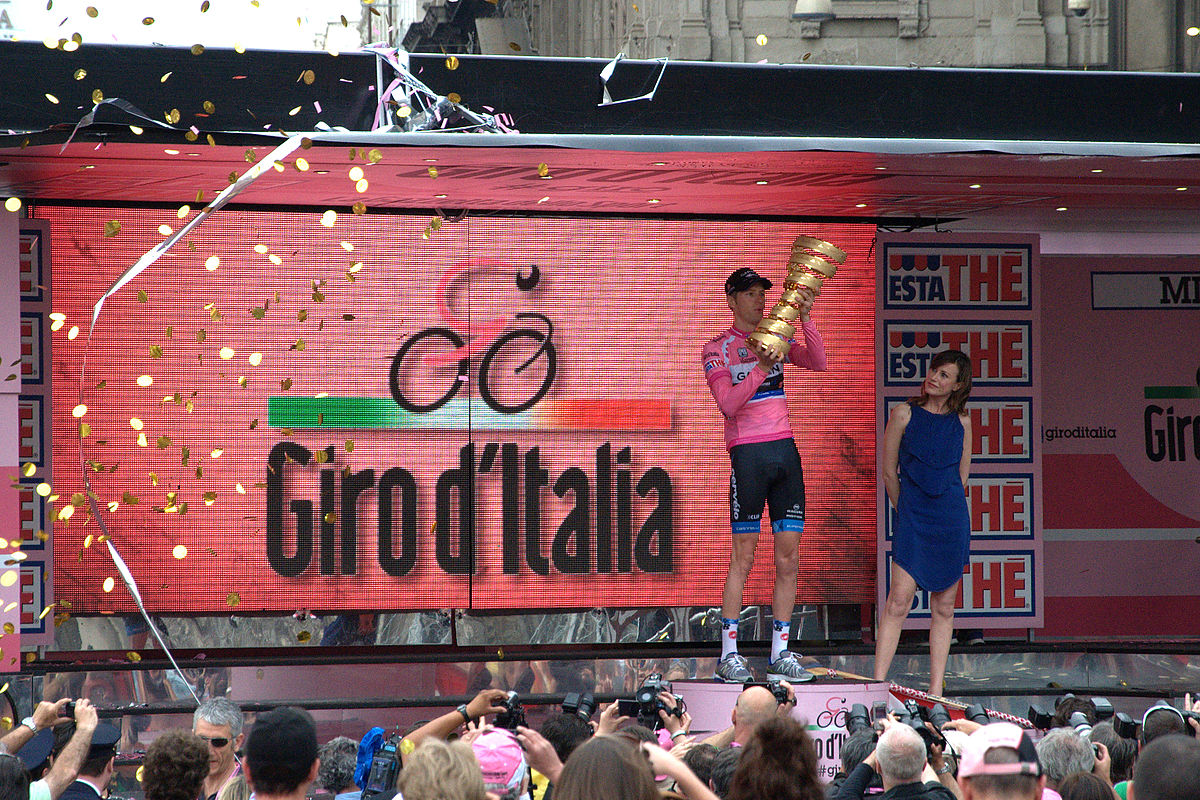 After his victory at the Giro, Hesjedal’s hopes for the 2012 Tour de France were high, but he was forced to withdraw from the event after injuring his leg and hip in a crash. Not long after the Tour, he competed in the Olympic Summer Games in London, finishing 28th in the time trial and 63rd in the road race. Hesjedal received the Lionel Conacher Award for best male athlete in Canada for 2012 in recognition of his win at the Giro. 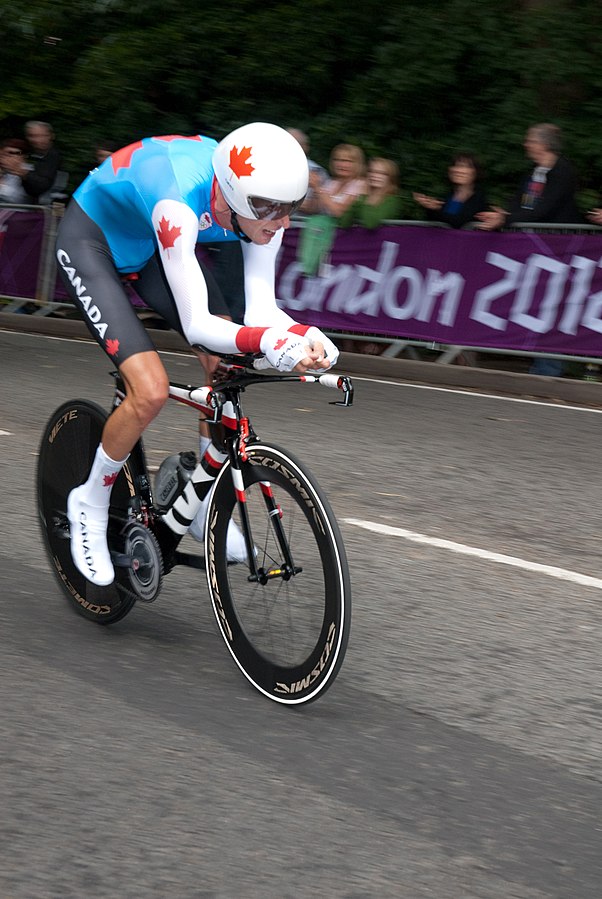 In 2013, Hesjedal was considered a strong contender for both the Giro and the Tour de France. However, the defending champion withdrew from the 2013 Giro, citing illness. Further misfortune affected his Tour de France; following a crash on the first stage, Hesjedal rode the entire tour with a broken rib, finishing 70th overall and 9th in the mountains classification.

Hesjedal’s chances of a victory in the 2014 Giro d’Italia were frustrated on the first day of the competition — the team time trial — when four of his teammates crashed. However, he fought back to a ninth-place overall by the end of the race. In the 2015 Giro d'Italia, Hesjedal placed second in two stages and finished in fifth place in the overall standings.

The next year, he was forced to abandon the Giro d’Italia during the 14th stage of the race due to ill health (tracheitis and pharyngitis). Hesjedal did not participate in either the Tour de France or the Olympic Summer Games in 2016. He retired from competition at the end of the season.

In October 2013, Hesjedal admitted to making “mistakes” early in his cycling career, following claims by former cyclist Michael Rasmussen that he had taught Hesjedal and two other Canadian riders (Chris Sheppard and Seamus McGrath) how to use the blood-booster EPO as well as Synacthen in 2003. Earlier in 2013, Hesjedal had participated in a joint interview with the United States Anti-Doping Agency and the Canadian Centre for Ethics in Sport, as part of an investigation into the sport of cycling. Hesjedal’s team, Garmin-Sharp, which had been created to help professional cyclists compete “clean,” quickly released a statement in his support.

During the 2014 Giro d’Italia, Hesjedal made a statement to VeloNews about the doping allegations:

[Rasmussen] talks about what went on. Is it accurate? Yeah. He’s gone and spoke the truth and I spoke my truth, and that’s the only way….It’s not an excuse, but I felt then that it was my only choice. Before I chose to engage with Rasmussen (and I want to be clear that it was my choice), I had done everything the right way. But I thought to keep competing and be “professional,” had to do it. Looking back, of course I know it was wrong — it was stupid and wrong. I had the best results of my career well after I stopped doping. When I was doping, I was trying to show I was professional, to “be professional.” At the time I thought it was just something I had to do. I was wrong….I hope people can see that I am sorry for my mistakes and that I have done more right than wrong. I hope by telling the truth to the authorities, I have helped the sport.

Public reaction to Hesjedal’s admission was mixed; many were “shocked and saddened” and worried about the impact of this revelation on Canadian cycling’s reputation. However, others praised Hesjedal for being open and honest with the authorities and the public, comparing him favourably to the disgraced American cyclist, Lance Armstrong, who for years denied doping, but was stripped of his seven Tour de France victories in 2012 and finally admitted to an extensive doping program in 2013.

Hesjedal is active in cycling not-for-profits that raise the profile and benefits of cycling. In 2010, Ryder launched Wheelmen Ride Bicycles, a charitable foundation that supports young competitive cyclists and raises awareness of cycling in Canada. In 2011 this was renamed The Ryders Cycling Society of Canada (RCSC), while Wheelmen Ride Bicycles continues to be the name of the society’s fundraising brand of apparel. The RCSC produces Ryder Hesjedal’s Tour de Victoria, a supported cycling event for riders of all ages and fitness levels in Victoria, British Columbia. In 2012, Hesjedal raised $10,300 by auctioning off his first Giro leader’s pink jersey to benefit Olympic-bound cyclists and his Society.