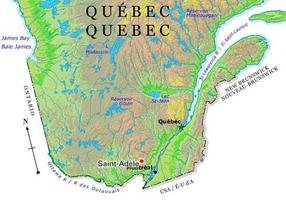 In the mid-1840s, as conditions worsened in the seigneuries, settlers came to the area called Les Cantons du nord, later, Les Pays-d'en-haut. The coming of the railway at the turn of the century assisted colonization and the establishment of the tourist industry in the area. Sainte-Adèle, like many other municipalities in the region, started to develop and became a well-known resort. Its population doubles on weekends and on holidays.

Musée Village de Séraphin depicts life in the early days of the colony. Sainte-Adèle is the birthplace of writer Claude-Henri GRIGNON, the author of Un Homme et son péché.