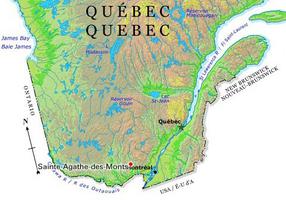 In the 19th century, Sainte-Agathe had only a few sawmills, but the construction of the Montreal and Occidental Railway in 1892 (replaced by the CPR in 1900) encouraged tourism and the development of the hotels that have become the region's economic mainstay. Today, most employment is in commerce, the service sector and hotels. Resort goers triple the local population.