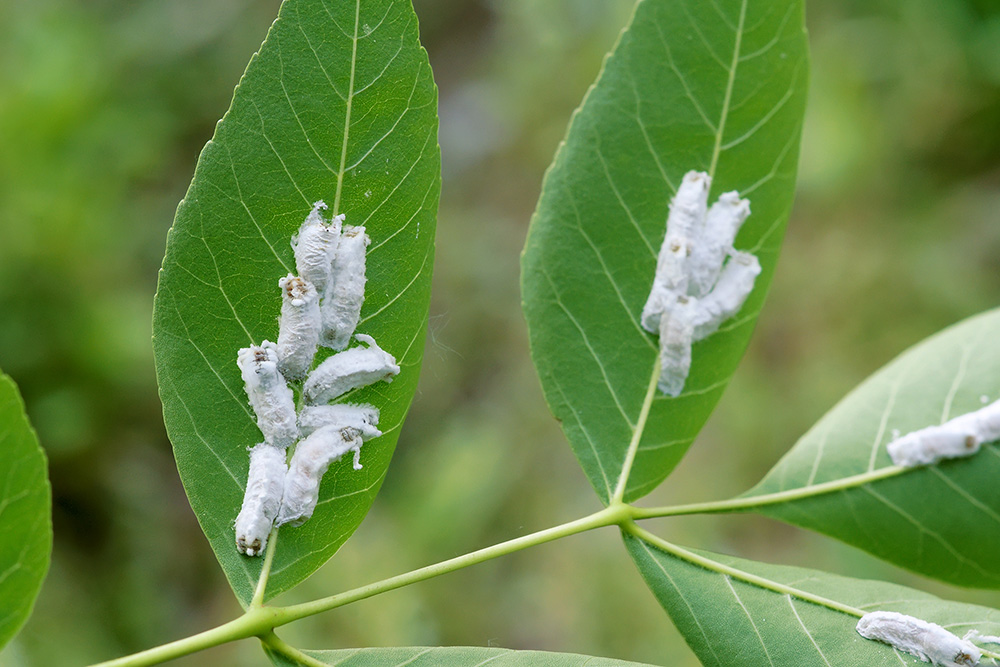 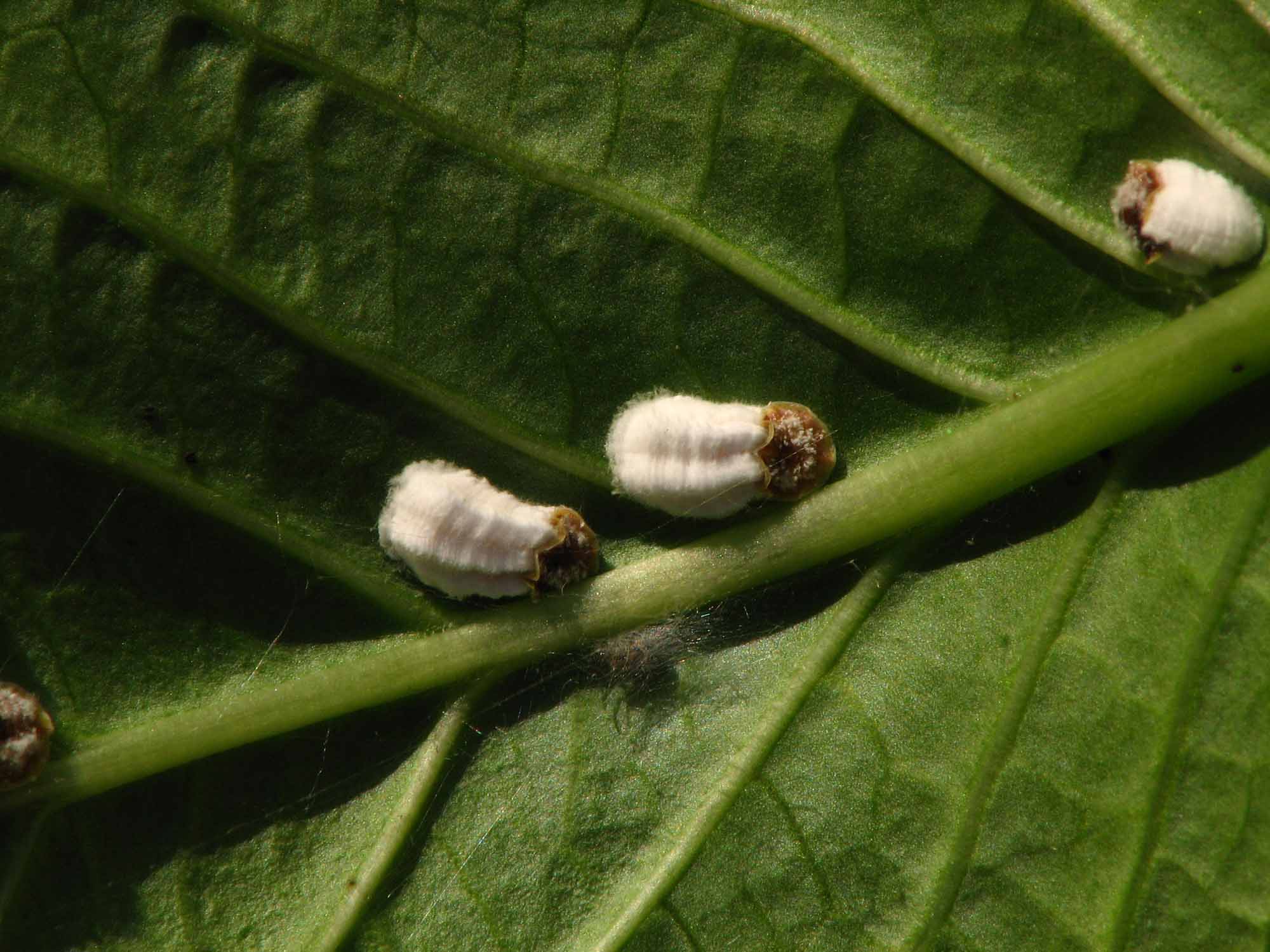 Scale Insect, highly specialized insect belonging to order Hemiptera, suborder Homoptera, super-family Coccoidea. Scale insects are diverse in habit and structure. Females are wingless, legless and obscurely segmented, have poorly developed eyes and antennae, and may be protected by a waxy, cottony or hard, scalelike covering. Males are tiny, lack mouth parts, and are short-lived. Crawlers, the first juvenile stage, are mobile and function in dispersal. Most species are 0.5-2.0 mm long, but one measures over 25 mm.

Many cause serious damage to plants. In Canada, major pests include oystershell scale, pine needle scale, and San José scale; they are controlled by predators, parasites, insecticides and fumigants. Cottony maple scale, which occurs throughout the US and Canada, was introduced from Europe.

Some species are beneficial: one produces lac, from which shellac is made; several have been dye sources; one produces Indian wax, used for medicinal purposes; another produces China wax, formerly used for candles.