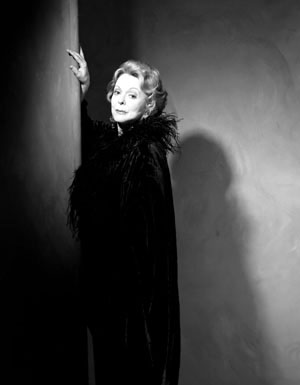 Actress Shirley Douglas, the daughter of politician Tommy Douglas and mother of acclaimed actor Kiefer Sutherland, has had a distinguished career in the arts spanning over 3 decades (courtesy Shirley Douglas).

Shirley Douglas was born to parents Irma (Dempsey) and Tommy Douglas, who is celebrated across Canada as the leader of the first socialist government in North America, and the “father of medicare.” Douglas began her study of performance by watching her charismatic father, leader of the Co-operative Commonwealth Federation (CCF), inspire people in numbers large and small. She began singing and performing in plays on the little Cavalry Baptist Church stage, which is now Weyburn’s Signal Hill Theatre and dedicated to her father’s memory.

Following the landslide victory of the CCF in the 1944 provincial election, the family moved to Regina. At age 16, Shirley Douglas won the Dominion Drama Festival’s best actress award for the Regina Little Theatre’s entry (see Little Theatre Movement). She proceeded with her training, first at the Banff School of Fine Arts, and then at the prestigious Royal Academy of Dramatic Arts in London, England. After her graduation in 1952, she began working in British theatre, film and television. Her first feature film role came in 1955 in Joe Macbeth, a modern gangster version of the Shakespearean play. In 1962, Douglas won the role of Mrs Starch, the piano teacher, in Stanley Kubrick’s acclaimed filmLolita.

In 1967, Shirley Douglas moved from England to Los Angeles. While working as an actor, she began an intense period of radical political involvement within the American civil rights movement. In 1977, she returned to Toronto and embarked upon her Canadian stage career.

Shirley Douglas quickly became sought after for the size and power of her stage presence, the intensity of her playing style and her astounding voice. Over the next decade, she graced stages across the country, from small alternate theatre venues to prestigious companies likeStratford. She supported new works by Canadian playwrights Sharon Pollock, Michel Tremblay andBrad Fraser, as well as performing the classical repertoire.

She played a range of powerhouse characters. In 1996, Douglas was offered the opportunity to perform with her actor sonKiefer Sutherlandin a co-production ofThe Glass Menageriewith the National Arts Centreand theRoyal Alexandra Theatrein Toronto. She then landed the choice role of imperious matriarch May Bailey in the television seriesWind at My Back(1996). In 2000, she won aGemini awardfor her performance in the 1999 television film Shadow Lake.

Douglas remained politically active, lending her voice and support to collective causes for world peace. As her father had predicted, a slide toward the privatization of health care had begun. For Douglas it became imperative to call for a halt to the wilful neglect of the system. She accepted film roles and made several appearances on stage, most notably inThe Vagina Monologues(2000). But her activities as spokesperson with the Toronto Health Coalition and Canadian Health Coalition, her lobbying efforts, her public lectures, and the formation of the artist-supported group Friends of Medicare began to take precedence.