Sir Edward William Watkin, businessman (b at Salford, Eng 26 Sept 1819; d at Rosehill, Eng 13 Apr 1901) was a proponent of the federation of the British N American colonies, a key figure in the reorganization of the Hudson's Bay Co which led to its 1869 agreement with the Canadian government, and president of the Grand Trunk Ry 1861-63. He devoted most of his life to railway work in England, but in 1861 he was commissioned by the directors of the Grand Trunk Ry to reorganize the affairs of that company, and by the Colonial Office to report on the feasibility of federating the British N American colonies. He was created a knight bachelor in 1868, and a baronet of the UK in 1880. 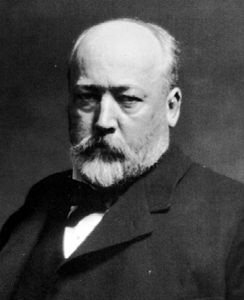