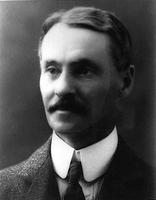 Sir Frederick William Alpin Gordon Haultain, lawyer, politician (b at Woolwich, Eng 25 Nov 1857; d at Montréal 30 Jan 1942). After qualifying as a lawyer in Ontario, in 1884 Haultain moved to Fort Macleod in what was then the North-West Territories, where he resumed the practice of law.

Elected to the Territorial Assembly in 1888, he quickly emerged as leader of the faction demanding RESPONSIBLE GOVERNMENT for the Territories, and after this was won in 1897 he served as first minister of a nonpartisan administration until 1905. A man of the centre, equally popular among both Liberals and Conservatives, he strongly deplored the influence of partyism in politics and always insisted that it had no place in the West.

Nevertheless, his disillusionment with Laurier's government during extended negotiations to win provincial status gradually forced him to acknowledge his Conservative allegiance, and he campaigned for that party in the 1904 federal election.