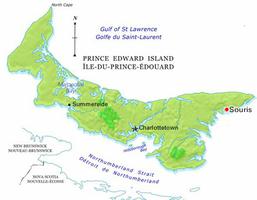 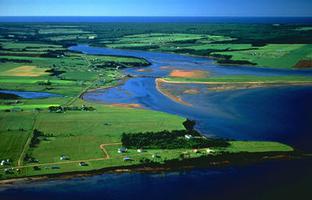 Souris is one of PEI's main ports and fishing communities (photo by Barret and MacKay).
PreviousNext

Souris, PEI, incorporated as a town in 1910, population 1173 (2011c), 1232 (2006c). The Town of Souris is a port located 80 km northeast of Charlottetown. The town is likely named, after the French word for mouse, for the plagues of mice that appeared in the area around 1750, devouring the Acadians' crops. With the demise of the Island's shipbuilding industry in the late 19th century, the seaport's economy was buoyed by the harvests of land and sea.

Today Souris remains one of the province's main ports; its harbour is not only the site of the Îles de la Madeleine ferry terminal, but it has the only offshore fishing fleet on PEI. It is also noted for its lobster industry and fine beach on NORTHUMBERLAND STRAIT. The town is the commercial centre of northeastern Kings County.