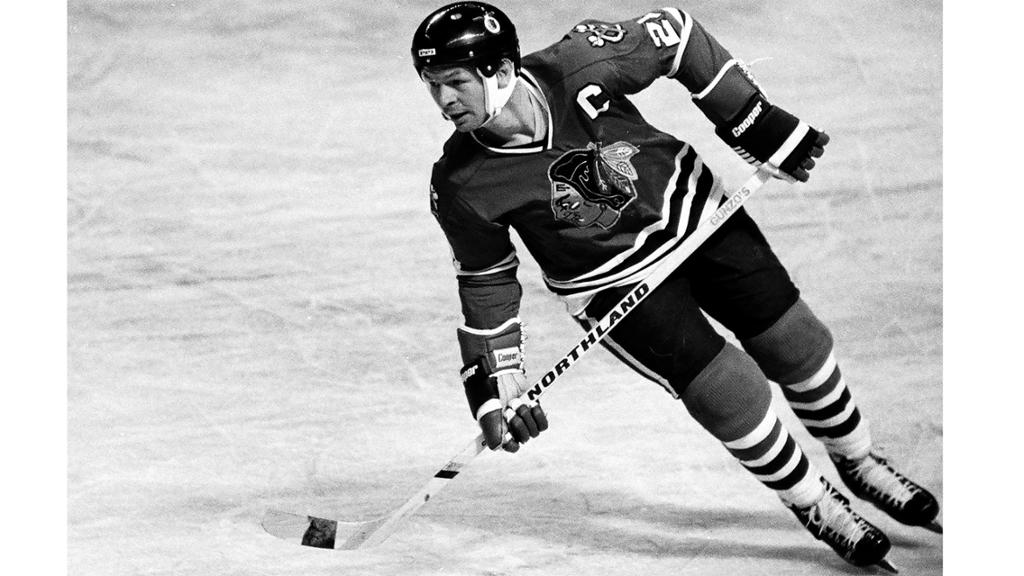 Stan "Stosh" Mikita, hockey player (b at Sokolce, Czech 20 May 1940). Born Stanislaus Gvoth, he took the name of his uncle after moving to St Catharines as a boy. He played junior hockey for the St Catharines Teepees and joined the Chicago Black Hawks for his first NHL season in 1959-60. A smooth-skating centre and superb playmaker, he won the ART ROSS TROPHY (leading scorer) in 1964, 1965, 1967 and 1968.

Mikita also enjoyed international success when he played for Team Canada in 1972, the team that defeated the Soviets in the CANADA-SOVIET HOCKEY SERIES. Shortly after, the Canadian team played an exhibition game in Prague against the Czech national team. Mikita was hailed in his home country as a hero. In 1976, Mikita was given the prestigious US award, the Lester Patrick Trophy, while a member of the Black Hawks.

Mikita's contribution to the betterment of the sport came when, during the 1972-73 season, he suffered a serious concussion and subsequently designed a protective helmet, the style of which was dubbed the "Stan Mikita style."

When he retired after 22 seasons, only Gordie HOWE had more assists and points. Stan Mikita was considered one of hockey's best forwards until Wayne GRETZKY joined the NHL, and his record remains impressive. Mikita was inducted into the HOCKEY HALL OF FAME in 1983.