The Battle of the Hatpins 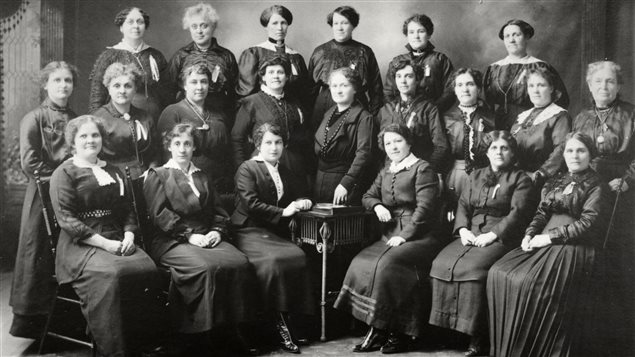 Diane and Béatrice Desloges are seated third and fourth in the front row. Photo courtesy of the University of Ottawa, Centre for Research on French Canadian Culture (CRCCF).

There were relatively few francophones in Ontario at the time of Confederation. By the early 1900s, however, French-speakers made up approximately 10 per cent of Ontario’s population, largely concentrated in the eastern districts along the border with Quebec. Though supposedly concerned with the quality of education, particularly English-language instruction, at French schools, Regulation 17 reflected a growing unease with this rising francophone population (see Francophone-Anglophone Relations). A commission headed by Ontario’s chief school inspector, Francis Walter Merchant, had recommended better teacher training and the flexible introduction of English to improve the overall quality of education in the province, but Regulation 17 instead focused solely on restricting French-language instruction. It prohibited any teaching in French beyond grade two, limited all instruction to less than one hour a day, and allowed it only by specific parent request.

Opposition to Regulation 17 was widespread among francophones and extended beyond Ontario’s borders. The Ottawa-area French-language newspaper Le Droit was founded explicitly to oppose the Regulation, and the Regulation’s perceived anti-francophone sentiment was cited by Québécois who protested conscription into the Canadian army during the First World War. The French-language rights organization, the Association canadienne-française d'éducation de l'Ontario (ACFÉO), founded in 1910, fought in court to have the Regulation withdrawn.

Guigues School, the Desloges sisters and the Battle

Despite Regulation 17, many of Ontario’s French schools continued regular instruction in their language. These “écoles de la résistance,” as they became known, resorted to hiding French books or staging walkouts when inspectors visited the schools. By 1915, the Ottawa Catholic Separate School Board, an elected body that ran French-language schools in the city, refused to uphold the Regulation in its schools (see also Separate School).  Ontario premier Sir William Hearst appointed a new board, which became known as the Petite Commission, to replace the elected board and ensure compliance.

In September 1915, sisters Diane and Béatrice Desloges were hired to teach at Guigues School in Ottawa’s Lower Town district, at the time the largest French school in the province. Throughout their first month, the Desloges sisters continued French-language instruction. As a result, the Petite Commission threatened to withhold their pay and revoke their teaching diplomas if they did not follow the new curriculum. On 4 October, in response to the sisters’ continued refusal, the commission barred them from school grounds, hiring English-speaking teachers to replace them.

The new teachers were met with empty classrooms. Supported by students’ parents, the Desloges sisters resorted to conducting classes off-site, first in a church basement and then at empty commercial spaces throughout the neighbourhood. During the Christmas break, after months of secret instruction, the parents and the Desloges sisters decided they no longer wished to conduct classes in what they deemed inadequate facilities.

On 4 January 1916, a group of 120 parents — 70 mothers and 50 fathers — occupied Guigues school, allowing the Desloges sisters to teach inside while they stood guard in the school’s vestibule and surrounded it on the street. On 7 January, acting on orders from the provincial government, 30 Ottawa police officers escorted a government official to Guigues to bar the Desloges sisters from entering and to shut down the school.

The ensuing confrontation between parents and police became known as the Battle of the Hatpins. Francophone mothers brandishing household items such as rolling pins, cast-iron pans and hatpins — six- to eight-inch metal pins that were used for keeping hats secure — refused to allow police on the grounds. One officer was bitten, another received a black eye, and police and the official were pelted with ice. Amid the chaos, the Desloges sisters were snuck into the school through a side window, and continued teaching.

Following the Battle, Arthur Charbonneau, the president of the Petite Commission, entered the school to convince the parents to end their blockade and accept the new teachers the Commission had appointed. The still-agitated parents physically removed him from the premises and forced him to resign his post.

Mothers of students at Guigues School continued to stand guard for the remainder of the school year, though no more efforts were made to remove the Desloges sisters or to stop the teaching of French at the school. Inspired by the Desloges sisters, parents and students took to the streets of Ottawa throughout January and February to demand the right to continued French instruction. The Battle and subsequent protests effectively ended enforcement of Regulation 17 in the Ottawa area, and the hatpin became a symbol in the fight for French-language rights across Ontario.

The Battle of the Hatpins inspired similar actions across Ontario, most notably a riot in Ford City, a suburb of Windsor, in September 1917. French-language parishioners unsuccessfully blockaded a church in an attempt to stop a new pastor, who was deemed an opponent of bilingualism, from taking office, resulting in 9 arrests and 10 people being injured. The consistent opposition and legal challenges to Regulation 17 led the provincial government to abandon enforcement across the province in 1927, although the Regulation was not officially repealed until 1944. French-language schools were not officially recognized in the province’s education act until 1968.

Guigues School closed due to low enrolment in 1979, but was designated a heritage building in 1980 and currently serves as a hub of French-language community services in Ottawa. A French-language Catholic high school named for Béatrice Desloges opened in the Ottawa suburb of Orléans in 1997.

In 2016, Ontario premier Kathleen Wynne issued an official apology for Regulation 17, declaring the policy “showed a disregard for Franco-Ontarian identity and equality.”