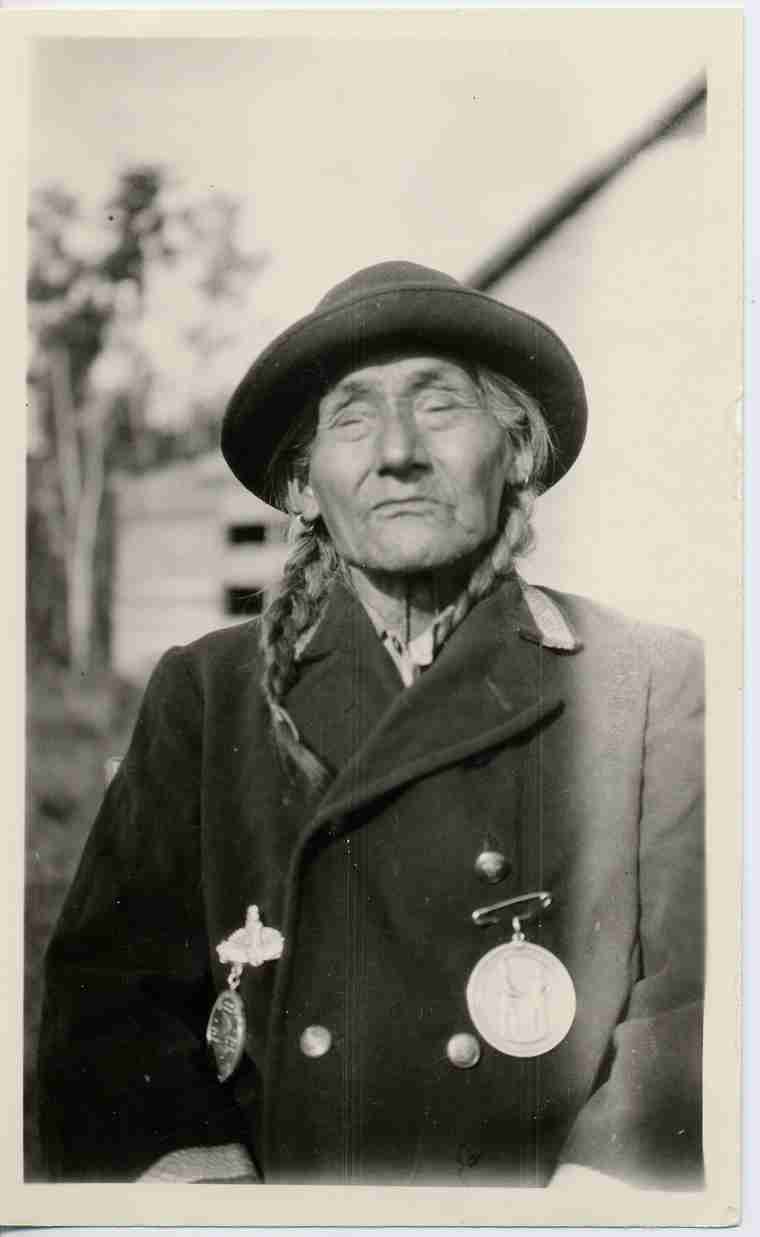 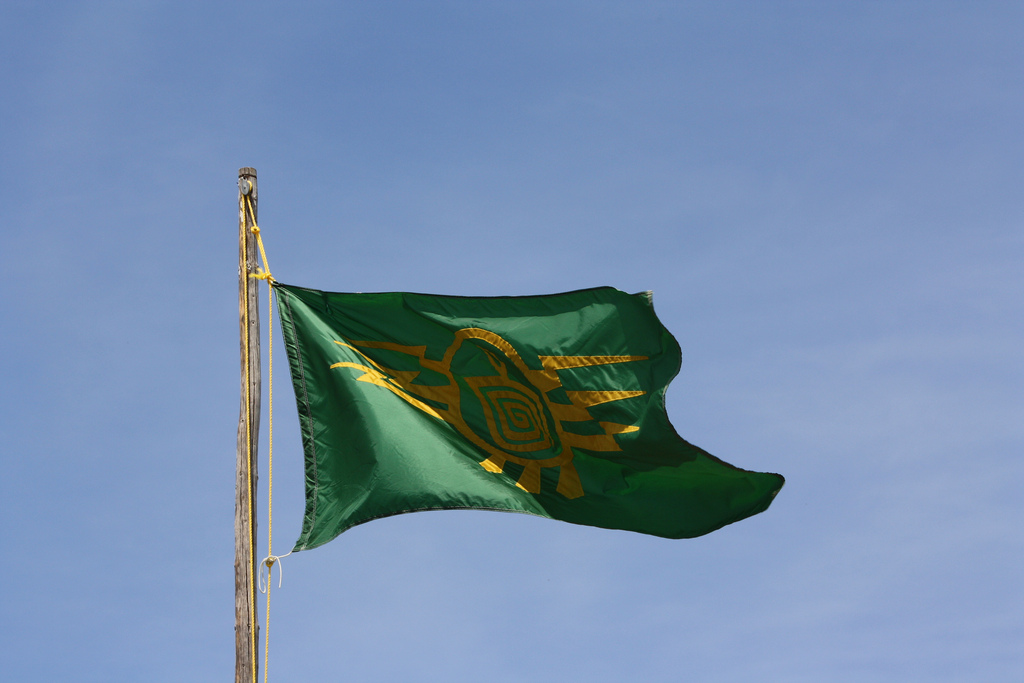 Thunderchild grew up a member of the Mistawsis Cree band. They hunted bison on horseback for subsistence in present-day Saskatchewan.

As bison disappeared from the eastern Plains by the 1860s, Thunderchild and his people suffered hunger. The Cree began to raid Blackfoot territory and battle with them over access to bison.

From 1871 to 1921, the federal government made a series of treaties – known as the Numbered Treaties – with Indigenous peoples in parts of western and northern Canada as a means of gaining territory for development and white settlement.

Thunderchild and other Indigenous leaders, such as Plains Cree Chief Big Bear (Mistahimaskwa), rejected Treaty 6, which covered 313,389 km2 of Indigenous territory between the Athabasca and South Saskatchewan Rivers. The treaty stipulated that, in exchange for certain goods and annual payments ($5 per person and $25 per chief), the Cree and other Indigenous peoples in the area must surrender their land rights, live on reserves and adopt an agricultural economy.

Thunderchild and like-minded Indigenous leaders tried to negotiate better terms with treaty negotiator, Alexander Morris, who was also the lieutenant-governor of Manitoba and governor of the North-West Territories. However, the depletion of bison was threatening the Indigenous people’s survival, therefore making it difficult for Thunderchild and his people to hold out for better concessions. Moreover, agricultural settlements were moving into lands occupied by the Cree and other Indigenous nations, regardless of their disapproval. As a result, Thunderchild signed Treaty 6 in September 1879, while other Indigenous leaders such as Big Bear signed in December 1882.

When accepting the treaty, Thunderchild said, according to grandson Gordon a century later: “I’m giving up my land, the animals that grow, the fish that are in the lakes, giving it all up to you. I trust that you will be able to provide me with the same thing as God has provided me in giving me this land.”

Life on the Reserve

Thunderchild began serving as chief in 1880, but the Department of Indian Affairs did not recognize his role until early 1884, after he and his band members began to farm. In the previous year, they had settled permanently on their own reserve west of present-day Battleford, Saskatchewan.

After initial success raising cattle, Thunderchild and his band suffered crop failures and limited markets due to departmental policies that curbed their access to agricultural machinery. The health of band members subsequently deteriorated.

Hunger forced Thunderchild to move to the camp of Plains Cree Chief Poundmaker (Pītikwahanapiwīyin). However, during the North-West Resistance of 1885, he refused to join Poundmaker's young band members against the Crown.

Thunderchild fiercely defended treaty rights and his band’s land. After he refused to transfer ground for a Roman Catholic school on his reserve in 1889, one was built without his permission. After a few years, wearing his treaty medal and flying his treaty flag, Thunderchild and his supporters ended up tearing down the building.

Thunderchild’s reserve included some of the best farm land in the area. From 1902 onwards, rumours circulated that the Canadian government would sell it to settlers. After government officials and missionaries urged him to surrender the land in 1908, Thunderchild reluctantly agreed to negotiations. He voted to sell the reserve and use the proceeds to purchase land elsewhere. The band moved to a new reserve with mostly rocky, non-arable soil near Brightsand Lake, Saskatchewan in 1909.

When his band had no school in 1910, the chief argued that his community was entitled to one under the treaty. He stressed that education was essential for his members to advance. After years of government inaction, the band built its own schoolhouse and the Department of Indian Affairs agreed to pay for a teacher.

A strong supporter of traditional Cree ceremonies, Thunderchild opposed any government efforts to outlaw them. He was imprisoned briefly in 1897 for participating in a Give Away Ceremony, an event that often takes place after a powwow and during which there are dances and exchanges of gifts. By 1922, he was warned that he would be removed as chief if he did not stop his support of these rites.

A year later, Reverend Edward Ahenakew, Poundmaker’s grand-nephew, recorded Thunderchild’s tales of his early life. He described bison hunts, the hunger he and his people endured when the bison disappeared, raids against the Blackfoot, traditional Cree sports and entertainment, and tribal customs and justice.

The chief died on 29 June 1927 at the age of 78 on the Thunderchild Reserve in Saskatchewan.

He left behind several children, but few details are available, even among current descendants. He was the grandfather of Chief Gordon Thunderchild (1983 – 1984 and 1986 – 1989).