Bienvenue's first major production, Histoires à mourir d'amour (1994), included two plays: Lettre d'amour pour une amante inavouée and In vitro. The former presents three people who are involved in a fatal car accident, provoking a meditation on the absurdity of life and the need to combat the spectre of death with erotic passion. The latter, In vitro, is a violent exploration of Christian fundamentalism, anti-abortion violence, and the quest for personal fulfilment. Bienvenue continued to deal with contemporary social issues in Règlement de contes (1995), a monologue of a young man who attacks a gang of skinheads for desecrating a Jewish cemetery and then ponders his troubled relationship with his black girlfriend, and the passions that drive hate groups, as he bleeds to death from injuries sustained in the fight. The playwright's penchant for the dramatic monologue led to the creation of a new literary form, "contes urbains" (urban tales): tales about city life marked by nightmarish violence and graphic sexuality, told in popular language that mixes vulgarity and poetry.

Since the early 1990s, Yvan Bienvenue and his collaborator Jacques have mounted annual collective shows during the Christmas season in Montréal, inviting numerous playwrights to add their own urban tales to the spectacle. His best-known and most-performed "contes" are Les Foufs, about a young man who wakes up after a one-night stand with a sexy skinhead to discover that he is missing a kidney, and Joyeux Noël Julie, about victims of a serial rapist who kidnap and kill him because the court let him off too lightly.

In 1996, Bienvenue invited each of 38 Québécois playwrights under the age of 38 to write a 15-minute monologue inspired by Shakespeare's 38 plays. This constituted a major theatrical event at the Théâtre d'Aujourd'hui, where five distinct evenings of plays were performed. They were broadcast live on Radio-Canada and the texts were published in a five-volume collection entitled 38 Volumes: A, E, I, O, and U (1996).

The first of his collections of his own urban tales, Dits et Inédits (1997, 2001, 2004) won the Governor General's Award in 1997. The urban-tale form has been enormously popular and used by theatre groups in Ottawa, Sudbury, Toronto, Edmonton, and Vancouver, where Bienvenue has frequently been invited as a guest artist. The storytelling form is also the basis for Bienvenue's 1999 full-length play, Le lit de mort, about a renter who tells stories on his deathbed. His 2004 play, Bill 101, deals with the politics of language in Québec.

Bienvenue and playwright Claude Champagne co-founded Dramaturges Éditeurs, a publishing house that has been important in promoting young playwrights and is devoted exclusively to dramatic texts.

In addition to writing, producing, and editing, Bienvenue has translated a number of plays, originally written in English, for various Montréal theatres and has co-founded Logos conterie, a company specializing in oral literatures. A complete man of the theatre and one of the leading figures in contemporary Québec drama, Bienvenue has also published Tout être (2002), a collection of poetry. 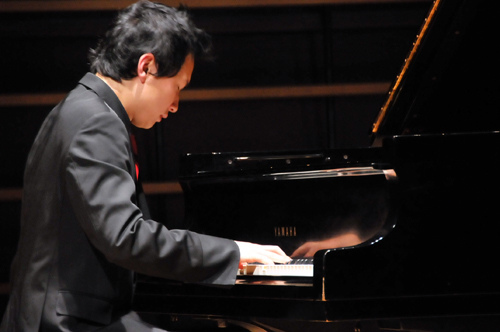