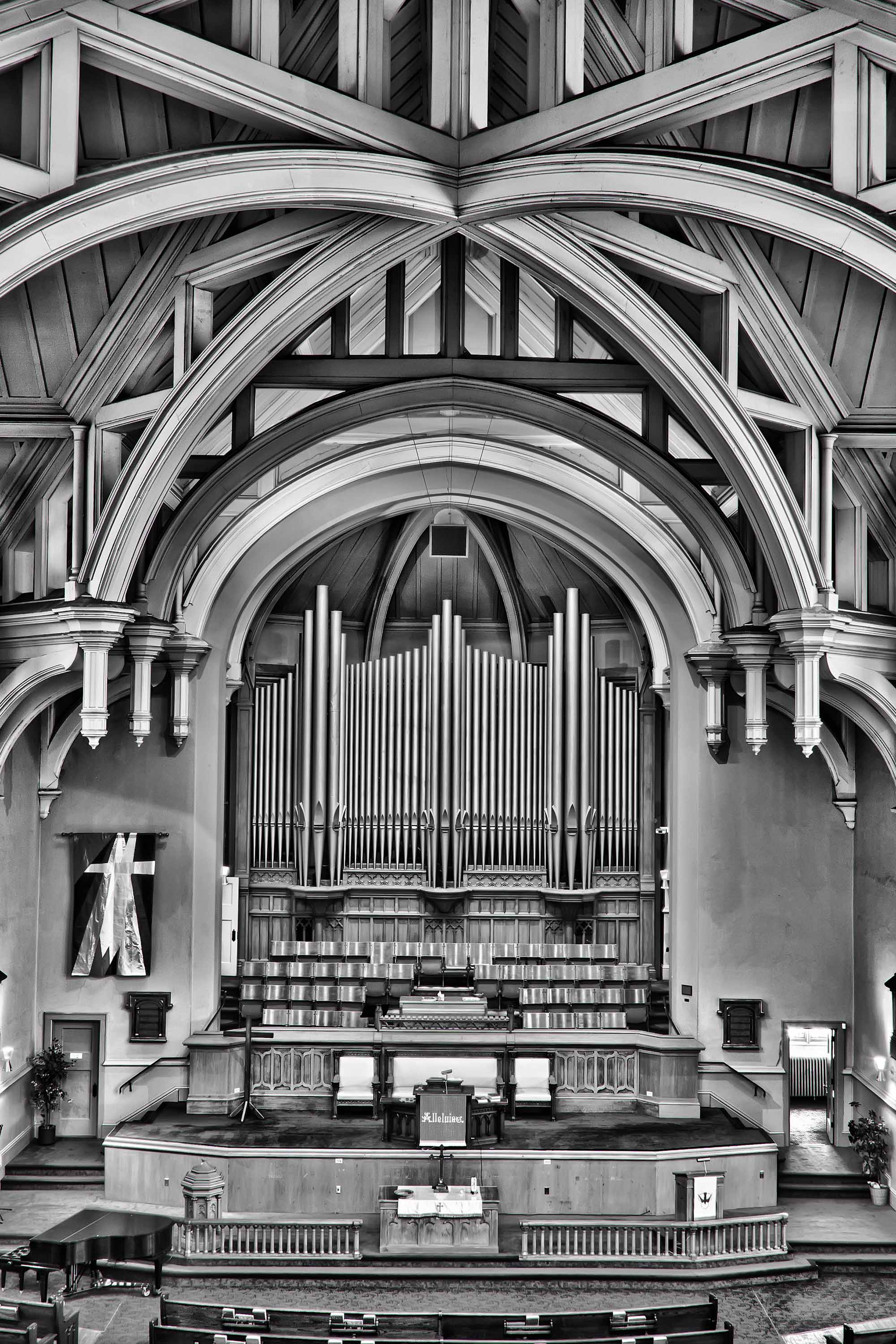 The Third Avenue United Church is a solid stone structure based on English Gothic design built in 1913 in the city of Saskatoon. Photo taken on: May 20, 2011

When the United Church of Canada was formed, the General Council represented a group of congregations, mainly in Saskatchewan, which had come together in anticipation of the larger union. A few Congregational churches and roughly one-third of the Presbyterians voted to stay out of the union. In 1968 the United Church was joined by the (eastern) Canada Conference of the Evangelical United Brethren Church (which originated in Methodist-style revivalism among German-speaking settlers in the US in the late 18th century), while the Western Canada Conference remained out.

The United Church is Canada's largest Protestant church, with a confirmed membership of just over 2 million in 2011.

United Church policy, declared in its Basis of Union and reaffirmed 1935, is to be "not merely a united, but a uniting Church." Conversations looking at union with the Anglican Church of Canada (see Anglicanism in Canada) began in 1944 and were broadened in 1969 to include the Christian Church (Disciples of Christ). Discussions broke down with the former body in 1975, and with the latter in 1984. Another joint committee is exploring closer relations with Roman Catholics (see Catholicism in Canada). The United Church has been committed to ecumenism from the outset and has been active in the Canadian Council of Churches and the World Council of Churches since their formation. It also participates in the World Alliance of Reformed Churches and the World Methodist Council. In recent years it has been active in dialogue with representatives of other religious communities.

The section on doctrine in the Basis of Union, with which candidates for ordination must express "essential agreement," is couched in the traditional language of Evangelical Protestantism. In 1940 the church published an unofficial statement of faith that placed more emphasis on personal and less on legal relations with God. In 1969 it issued, as supplementary to more traditional statements, a creed intended to express the Christian faith in terms both ecumenically acceptable and readily understandable today. In practice the United Church embraces a wide spectrum of belief. Liberal views have tended to predominate, but recent years have seen a resurgence of conservative evangelicalism. Charismatic Renewal is also influential.

Congregations are free to choose their own style of worship, which is usually informal, sometimes experimental, but seldom unprepared or unrehearsed. Materials, including orders of service, are issued from time to time.  Voices United (1996) features hymns of recent composition, many of those from developing nations. In response to 20th-century liturgical developments, the tendency has been to greater care for logical sequence and to a heightened appreciation of the sacraments, and the black Genevan gown has been widely replaced by a variety of more colourful vestments. In recent years, the use of a lectionary has become almost universal.

Church government is conciliar, consisting of legislative bodies or "courts" in ascending sequence from 1575 pastoral charges through 94 presbyteries and 13 conferences to a biennial general council. Congregations elect their own officers, elders for spiritual affairs and stewards for financial matters. Regional and national bodies consist of laypersons and members of the order of ministry in approximately equal numbers. Although the higher courts determine church policy and legislate on matters of more than local concern, congregations are largely self-governing. By contrast, administration has been highly centralized in Toronto.

The present trend is decentralization; each conference now has its own staff and determines its financial priorities. Some members of the order of ministry are ordained, whereas others are commissioned to educational or other forms of service. Congregations normally choose their own ministers, although the church has some voice in appointments. Women may hold any office, including the ordained ministry since 1936. In 1980 Dr Lois M. Wilson was elected the first woman moderator. Dr Robert B. McClure, for many years a medical missionary in China, the Middle East and India, was the first lay moderator in 1968.

Voluntary organizations have always been most successful among women. In 1962 the long-established Woman's Missionary Society combined with the Woman's Association, which had specialized in local fund raising, to form United Church Women. At the time of its founding this was the largest women's organization in Canada, but dislike of sexual segregation eroded its appeal. United Church Men, the parallel organization, never caught on to the same extent.

Theological education is carried out at a number of different centres and colleges, usually in close association with other denominations. Other institutions help to equip lay persons for leadership or provide continuing education for ministers. The United Church inherited, chiefly from the Methodists, a tradition of involvement in secular education. Today, it has official relations of some kind with six post-secondary universities and colleges. Another Methodist legacy was Ryerson Press, which for many years under the editorship of Lorne Pierce encouraged the development of Canadian literature, both religious and secular.

The United Church was brought into being largely by the conviction that only a strong, broad fellowship could meet the needs of Canada's scattered and diverse population. Accordingly, it has always accepted challenges that seemed to belong specifically to no other denomination, maintaining rescue homes, port chaplaincies, mission boats, hospitals in isolated areas, and ministries among various ethnic groups including native peoples, as well as aiding financially an unusually high proportion of isolated rural congregations. Overseas, the former pattern of mission fields supplied and directed from Canada has been replaced by one of partnership with indigenous churches, none of which represents precisely the same blend of denominational backgrounds as the United Church. Missionaries serve in various countries as need arises, always at the request and under the supervision of the receiving church.

The United Church is probably best known by most Canadians for its outspokenness on moral and social issues, often at the cost of alienating members. Dr James R. Mutchmor, secretary for evangelism and social service 1938-63, attracted much publicity by his denunciations of liquor, gambling and pornography, but also guided the church to progressive stands on such issues as  labour relations and the treatment of prisoners. Since his time there has been a shift from personal morality to social justice, which is now usually promoted in collaboration with other denominations. A decision in 1988 that a homosexual orientation would not be an automatic bar to ordination proved to be controversial. The Renewal Fellowship, a conservative group within the church, spearheaded a stubborn opposition. One of the United Church's persistent challenges has been in bringing together, and staying committed, to both evangelism and social service. On the whole it has been more effective in developing a prophetic critique of society than in inspiring the formulation of constructive theology. 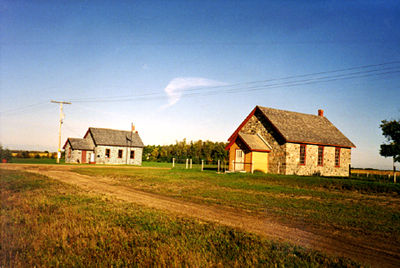 The Orkney United Church and the Orkney School.
× 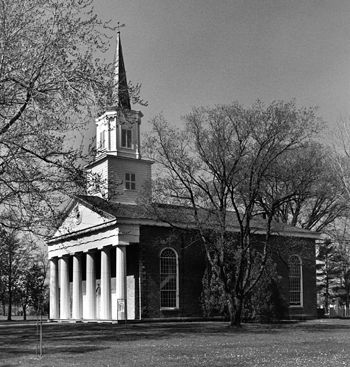 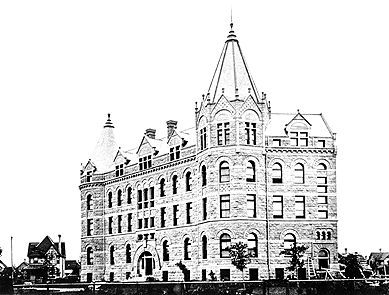 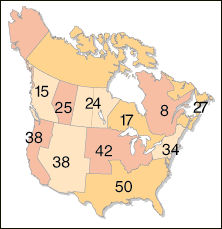