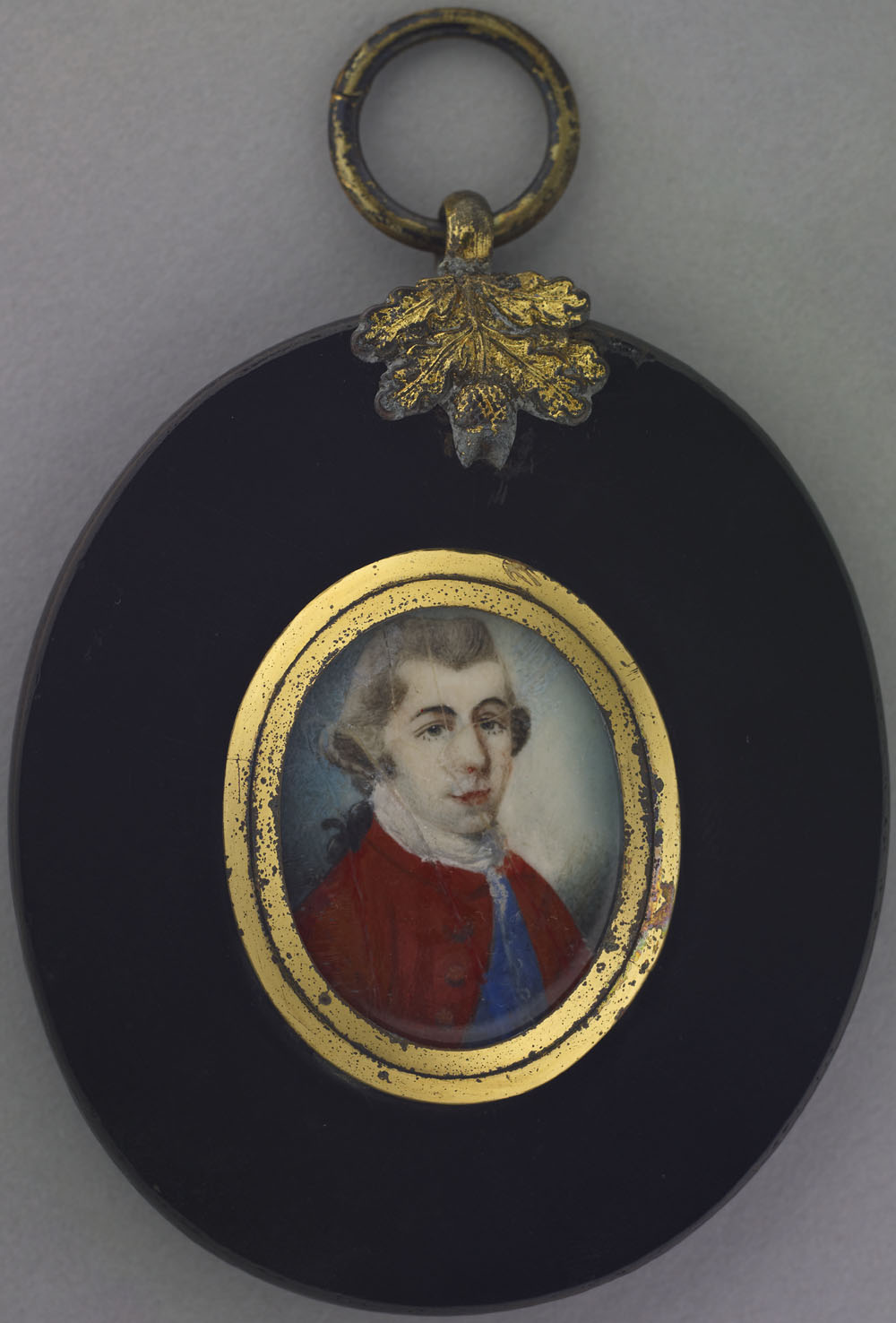 Walter Patterson joined the British Army in 1757 as an ensign with the 80th Regiment of Foot, which was led by Thomas Gage. The 80th was a light infantry regiment trained in irregular tactics and used for skirmishing and reconnaissance. Patterson served in North America with the 80th Regiment during the Seven Years’ War. The regiment fought at Fort Carillon (Ticonderoga, New York) in 1758 and on Lake Champlain in 1759. The following year, Patterson was promoted to lieutenant. In 1762, he returned to Europe on leave. Two years later, the regiment was disbanded, and Patterson was released from the army.

After his release from the British Army, Walter Patterson and other “reduced” officers turned to land speculation. In 1764, he and 19 others petitioned the British government, asking for lots on St. John’s Island [Prince Edward Island]. The island had been transferred to British control in 1763 at the end of the Seven Years’ War. In 1767, parcels of land were distributed through a lottery system; most went to military officers. Patterson and his brother John (father of US naval hero Daniel Todd Patterson) became the coowners of Lot 19. Each proprietor, or landowner, had to pay quitrents (a land tax) to the Crown. (See PEI Land Question.) The following year, Walter Patterson urged the British government to make the island a separate colony, distinct from Nova Scotia. The British government agreed but said that the new colonial government had to be funded through the quitrents. This system would cause problems for Patterson, who was appointed governor of the colony in 1769.

In late August 1770, Walter Patterson arrived at Charlottetown, St. John’s Island [PEI]. His entourage included approximately 20 servants and his wife, Hester Warren Patterson, whom he had married earlier that year. When they reached the capital, they found few buildings or people. At the time, the colony was populated by approximately 300 European settlers (most of them Acadian) and several hundred Mi’kmaq. (Notably, Patterson failed to recognize the existence of Indigenous people in reports to the British government.) The composition of the colony soon changed with the influx of settlers from Britain, many of them Scottish. Approximately 1,000 settlers arrived between 1770 and 1775, when immigration was interrupted by the American Revolution.

Patterson quickly got to work after being sworn in as governor in September 1770. He established an executive council and began passing legislation, including protection of the “sea cow” (walrus) fishery and regulation of the liquor trade. Patterson had ambitious plans to construct roads and public buildings, but money was scarce. The main problem was that government salaries and expenses were entirely funded by quitrents. However, landowners did not always pay the tax, either in part or in full.

As the financial situation worsened, Patterson and the council began looking at ways to solve the problem of quitrents. In 1771, they passed the first act authorizing the government to seize the lands of those who had not paid the quitrents. The land would be sold locally at public auction. (See PEI Land Question.)

In 1774, Patterson asked for leave to visit Britain. He stayed there for almost five years (1775–80) during the American Revolutionary War. During that time, he lobbied the British government to pass the Quit Rent Act of 1774 (which it did in 1776). In 1777, the British government also agreed to provide £3,000 to the government of St. John’s Island.

Patterson returned to St. John’s Island in summer 1780. The following year, his government seized land under the Quit Rent legislation. Most of it was acquired by government officers, who received land in compensation for salary arrears. This included Patterson himself, who obtained three full townships and four half-townships (about 100,000 acres), as well as an additional 70,000 acres in the names of four acquaintances.

The original proprietors lobbied the British government, which drafted new legislation allowing the return of their lots if quitrents were paid. Patterson was informed of this bill but kept it secret during the winter of 1783–84. He then called an election, hoping that a new assembly would reject the legislation. Patterson was supported by Loyalist settlers, several hundred of whom had arrived in the summer of 1784 after the American Revolution. However, his tactics caused further resentment and frustration among pre-1781 landowners and the British government. Ultimately, this led the imperial government to remove him as lieutenant-governor in 1787.

Enslavement and the 1781 Act

Recent scholarship has revealed the extent of enslavement in the Maritimes and, more broadly, in what would eventually become Canada. Enslaved persons of African descent had lived on the island since the French regime, although their numbers were relatively low. Enslavement continued under the British regime. Governor Walter Patterson was an enslaver. So too were many of his peers, including Chief Justice Peter Stewart, Attorney General Phillip Callbeck and Speaker of the House Walter Berry.

In 1781, while Patterson was governor, the island colony passed a law regarding enslavement: “An Act, declaring that Baptism of SLAVES shall not exempt them from BONDAGE.” There were three main provisions: baptism did not free one from enslavement; children born to enslaved women were born enslaved; and enslaved persons could only be set free (manumitted) by their enslavers.

The Act seems to have been passed to reassure settlers and prospective immigrants that enslavement was legal in the colony. This included American Loyalists, hundreds of whom migrated to the island after the American Revolution, bringing enslaved persons with them. Harvey Amani Whitfield and Barry Cahill argue that the Act may also have been connected to developments in Scotland. In 1778, Scottish judges declared that slavery had never been legal in that country and that conversion and baptism automatically freed persons from enslavement. However, some Scottish immigrants to St. John’s Island were enslavers. When the colonial government of St. John’s Island passed the 1781 Act, they were confirming the legal status of enslavement and explicitly rejecting the idea that baptism could bring freedom.

By the time the Act was repealed in 1825, enslavement had virtually disappeared from British North America. The Slavery Abolition Act of 1833 abolished the practice throughout the British Empire.

Walter Patterson was removed as lieutenant-governor of the island in 1787. When he returned to Britain in 1789, he was bankrupt. His substantial landholdings were sold to pay off his debt. Patterson died in poverty at his lodgings in London, England, in 1798.