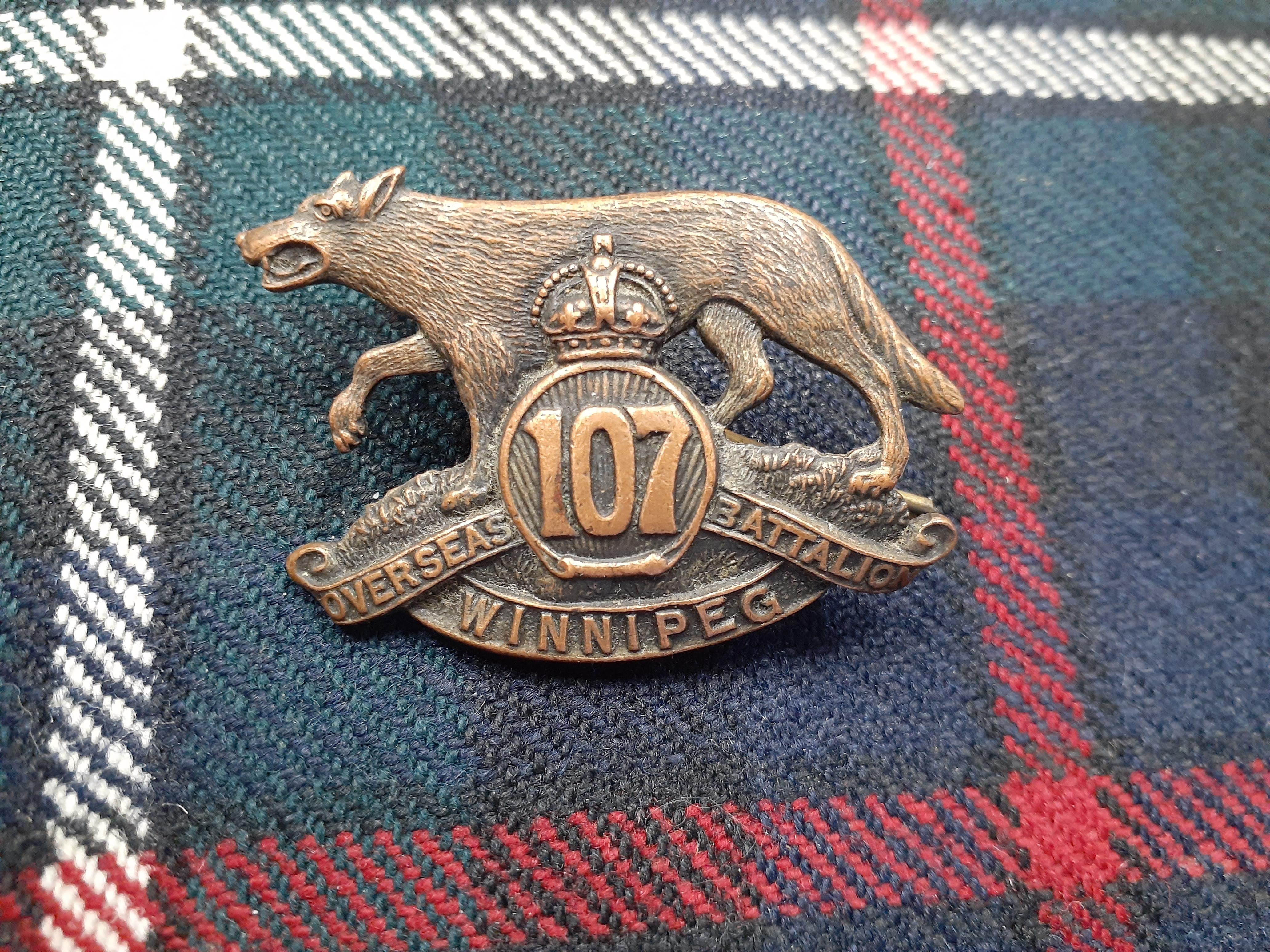 Many Indigenous Canadians did manage to enrol in the Canadian Expeditionary Force (CEF). By 1915, heavy casualties on the Western Front required replacements. At this point, recruiting was officially opened to First Nations members. More than 4,000 Indigenous Canadians enrolled.

Glenlyon Campbell (known as “Glen”) was born in Fort Pelly, Saskatchewan, in 1863, the son of a Hudson’s Bay Company chief trader (Fort Pelly is now a National Historic Site). During the North-West Resistance of 1885, he served with Boulton’s Scouts, an irregular mounted unit raised in Manitoba. At the Battle of Batoche in May, Campbell was promoted captain.

After the Resistance, Campbell made his living by ranching, trapping and hunting. He married Harriet Burns, the daughter of Ojibwe (Ojibwa) chief Keeseekoowenin. Campbell spoke Anishinaabemowin (Ojibwe) and Cree fluently. Through all of this, Campbell developed strong ties to Manitoba First Nation communities before the war.

Once the government decided to recruit Indigenous Canadians, Glenlyon Campbell lobbied for the formation of an Indigenous unit. He was given permission to raise a battalion (see Regiment). He was also appointed as the battalion’s commanding officer, a rare honour for a 52-year-old man. Campbell was one of the oldest battalion commanders in the CEF.

Campbell began recruiting in Western Canada in November 1915. He even sought permission to recruit Indigenous boys from industrial schools in Manitoba (see Residential Schools in Canada). “Were those lads with me,” he wrote, “they would be under closer and more kindly supervision than in any other Battalion in the west…even if they were not quite eighteen years of age.”

Within three months Campbell had whittled down more than 1,700 applicants to the approximately 1,000 officers and men required for an infantry battalion. About half the unit was Indigenous Canadians from the Blackfoot Confederacy, as well as Cree, Ojibwe, Haudenosaunee, Dakota, Delaware and Mi’kmaq.

The unit trained at the new Camp Hughes in Manitoba. As many Indigenous recruits did not speak English, language instruction was provided. Additionally, Campbell often conducted training and daily administrative matters in Cree and Ojibwe. In September 1916, the 107th Battalion sailed from Halifax to Britain. On 25 October 1916, the 997-strong battalion arrived in Liverpool, England. 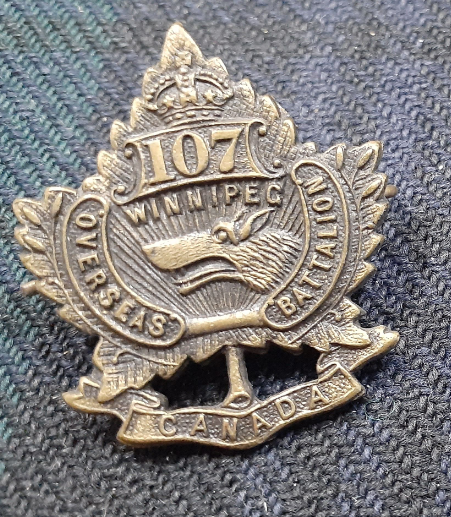 In Britain, the 107th Battalion was one of many units scheduled to be broken up for reinforcements, as many more units had been formed than were needed in the Canadian Corps (see Canadian Expeditionary Force). But Campbell fought to keep Indigenous soldiers together, believing they would be treated poorly and subjected to racism in other units. He noted their “ability to adapt themselves without complaint to awkward circumstances and bad weather, which rendered their efficiency as a pioneer battalion far above the average.” Campbell won the fight and the 107th was kept together. However, the 107th was redesignated as a pioneer battalion. Such units were trained not only to fight as infantry, but also to carry out limited engineering tasks.

Several soldiers transferred in and out of the unit after its arrival in France. This was the result of orders to send Indigenous soldiers to the 107th to increase their numbers in the battalion. The 107th also had several Indigenous runners in its ranks. Among them were Tom Longboat, an Onondaga soldier from the Six Nations of the Grand River and Joseph Keeper from the Norway House Cree Nation. Longboat won the 1907 Boston Marathon and participated in the 1908 Olympics. Keeper was an Olympic long-distance runner who also earned the Military Medal. Both athletes were dispatch runners, a dangerous job that involved carrying handwritten messages at the Western Front (see First World War). 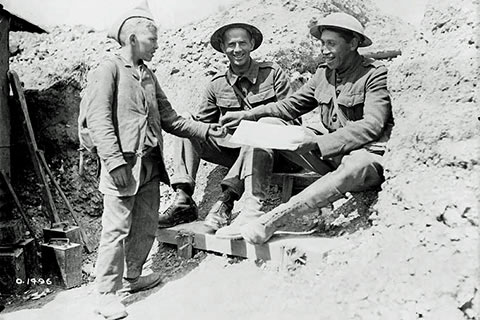 At the Western Front

The 107th participated in the Battle of Vimy Ridge in April 1917 and carried out various pioneer tasks. In August, it played an important role in the Battle of Hill 70, where it followed the leading assault troops. Of the 600 soldiers engaged, 21 were killed and approximately 140 wounded. After this battle, one company volunteered to search for and bring in the dead and wounded. In all, the company recovered 30 dead and carried 25 wounded to dressing stations, for which the soldiers received high praise. Two First Nations soldiers, privates A.W. Anderson and O. Baron, were awarded the Military Medal for bravery for this action.

In the Canadian Army, a First World War battle honour marks the participation of cavalry, infantry, machine gun, pioneer or railway units in a specific campaign or battle. The 107th Battalion received the following battle honours: Arras, 1917, 1918; Vimy, 1917; Arleux; Scarpe, 1917; Hill 70; Ypres, 1917; Passchendaele; Somme, 1918; France and Flanders, 1917–18. Battle honours with specific years attached distinguish them from other battles of the same name, but which were fought in different years.

Glenlyon Campbell died of kidney failure on 20 October 1917. He was replaced by Major Hugh Walkem. In preparation for the final Allied push in August 1918 (see Canada’s Hundred Days), pioneer and engineer units in the Canadian Corps were reorganized. The 107th was disbanded and absorbed into the 1st Canadian Engineer Brigade on 28 May 1918.

Duncan Campbell Scott, the Deputy Superintendent General of Indian Affairs, believed that Indigenous Canadians should be assimilated into general Canadian society. Scott hoped Army service would help with this goal. To a degree, this did happen, but Indigenous service also introduced White soldiers to First Nations ones. This resulted in many White soldiers beginning to treat Indigenous soldiers as equals in the trenches. For example, Daniel Pelletier, a Métis soldier in the CEF, remarked that the “army treated us all right…there was no discrimination ‘over there’ and we were treated good.” This was due in large part to men like Glenlyon Campbell, who lobbied effectively for the enrollment of Indigenous soldiers to fight alongside Euro-Canadians in the First World War.

Indigenous military service had some impact on the attitudes of Euro-Canadians during the war. For instance, as early as 1915, newspaper and magazine articles across Canada praised the fighting abilities of Indigenous soldiers. However, military service did not change the government’s post-war discriminatory and paternalist policies towards Indigenous Canadians. Wounded and disabled Indigenous veterans, such as Private Angus Goodleaf of the 107th, were denied benefits given to non-Indigenous soldiers after the war. It would take decades, until the 1970s, for Indigenous soldiers like those in the 107th Timber Wolf Battalion to begin to gain the recognition they deserved from service in the world wars (see Indigenous Peoples and the World Wars). 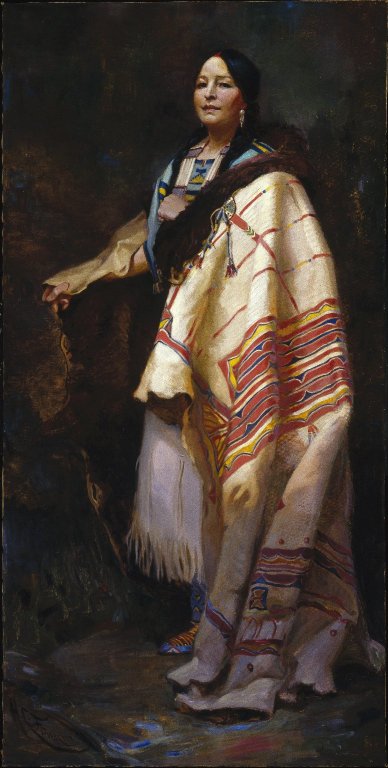 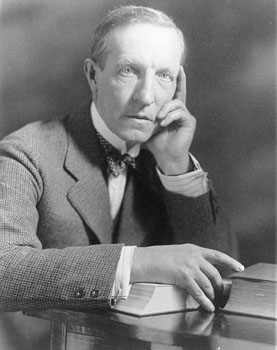