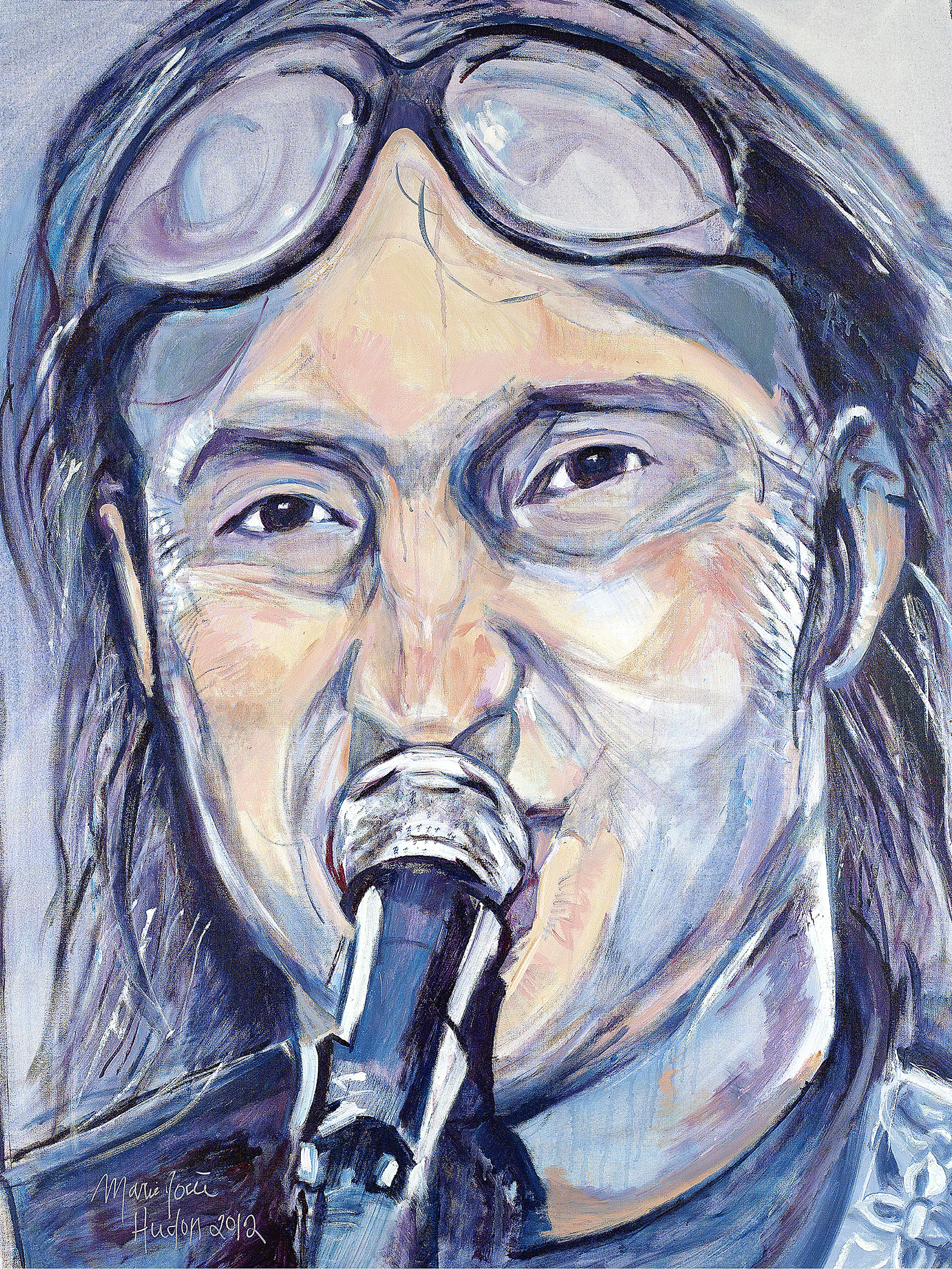 André (Dédé) Fortin, author, singer, musician, performer (born November 17, 1962 in Saint-Thomas-Didyme in Saguenay-Lac-Saint-Jean, Québec; died May 8, 2000 in Montréal). Creator and leader of the Québec group Les Colocs, André “Dédé” Fortin was an artist who had a profound impact on Québec’s musical landscape. He was at the forefront of francophone and Québec music in the 1990s.

From Cinema to the Creation of the Colocs

André Fortin was tenth in a family of eleven children. He studied cinema in the early 1980s at the Cégep du Vieux Montréal and went on to study cinematography at the Université de Montréal. In 1985, Fortin got a job as a television editor for shows such as Surprise Sur Prise, 100 Limites and the Bulletin d’information on Télé-Métropole. In 1989, he worked on the filming of the video Libérez le trésor by Michel Rivard.

In 1990, he became the singer and leader of the group Les Colocs. At the time, the band included Dédé, Louis Léger, Marc Déry (who left to form the band Zébulon), Jimmy Bourgoing, Patrick di Esposito

The song “Julie” quickly rose to the top of the Québec charts. Insisting on creating the video himself using stop-motion animation, Fortin invested himself completely in the project and the result was a true masterpiece. In 2001, Rendez-vous du cinéma Québécois paid him a posthumous tribute for this work.

In the fall of 1993, Les Colocs opened the ADISQ gala with Mara Tremblay and the Botte family, a dance troupe inspired by South African Gumboot. The audience at the Théâtre Capitole in Québec City was bowled over by their performance of “Passe-moé la puck.” Fortin then filmed Terreur dans le Chinatown, a short feature that he wrote, directed and edited, all while preparing some ten songs for his show at Club Soda. The band performed in

On 30 October 1995, the evening of the Québec sovereignty referendum, Les Colocs played at the Medley. It was a packed house and the band recorded their live double album, Astrocetomique (1995), which sold more than 50,000 albums and was certified gold in Canada. Fortin was bitterly disappointed by the referendum results and the victory of the “No” side. His political and socially-engaged songs had a significant impact on young Francophones who identified closely with this colourful artist who moved audiences with his original lyrics and outstanding stage energy.

The video Bon Yeu, requiring the participation of a hundred homeless extras, was choreographed by Fortin, with the help of his friend and colleague Éric Henry. Serge Robert left the band in 1995 and was replaced by the Belgian André Vanderbiest on bass. Les Colocs then went on tour with a dozen shows in

In writing this album, Fortin dug deep into his emotional side and in so doing somewhat changed the band's festive image. With its dark lyrics on a backdrop of Reggae and African music influences, Dehors Novembre became one of the most important albums of the 1990s in Québec. It sold more than 100,000 copies in Québec and was certified platinum in

The song “Tassez-vous de d'là,” with a chorus sung in Wolof (a language of the Niger-Congo family) which was written by El Hadji Diouf, was a huge success. Les Colocs then went on to perform throughout Québec.

In the summer of 1999, Les Colocs were applauded by 40,000 fans on the Plains of Abraham and they won the Prix Miroir de la chanson d’expression française du Festival d’été de Québec. Nearly a year later, on 8 May 2000, Dédé Fortin took his own life in his apartment on Rachel Street. His death also marked the end of Les Colocs.

His family created the André Fortin Foundation with the mission of helping in suicide prevention efforts in Québec. In 2001, the former members of the band recorded the album

On 13 March 2009, the feature film Dédé à travers les brumes, directed by Jean-Philippe Duval, was released in Québec. Acclaimed by audiences and critics, this film, which went on to win several awards, depicts the life and career of Dédé Fortin. Sébastien Ricard, actor and vocalist for the band Loco Locass, played Fortin and in 2010 won the Prix Jutra for best actor for his performance. In August 2009, the show Poussières d’étoiles avec les Colocs brought to the stage the old members of Les Colocs and their collaborators. Presented as part of the Francofolies de Montréal, it was an opportunity for several Montréalers to renew or discover André Fortin’s legacy.