Hartman was the only child of a hardware salesman and grew up on family farms in Manitoba and Saskatchewan. He decided in his teens that he wanted to be a pilot and was accepted into pilot training three years after joining the RCAF as a mechanic. He learned to shoot at a young age but didn’t take up skeet shooting until his early thirties, when he was stationed at an RCAF base in Labrador. “I was transferred to Goose Bay in 1947, and in off-duty hours, there wasn’t too much recreation,” he once told an interviewer. “So I built a skeet range and, along with Americans stationed there, started in skeet and it was after two years that I realized that I could go into it competitively.”

Hartman competed in his first amateur competition in Halifax in 1949, which he won. He won a bronze medal at the Pan Am Games in 1959, when he was named Ottawa’s athlete of the year.  He won one silver and four bronze medals in international competition between 1961 and 1963, as well as seven consecutive Canadian amateur championships in the 12-gauge division between 1956 and 1962.

Hartman retired from the air force in 1963, having reached the rank of squadron leader and amassing more than 5,000 hours as a pilot. He became a professional skeet shooter in 1963 and dominated international competitions for more than a decade, boasting the world’s best average for nine of 12 years. He set a world record in the .410 gauge in 1966, in the 12 gauge in 1968, in the 28 gauge in 1969 and in the 20 gauge in 1971. He was also the world all-around champion annually from 1968 to 1971. He recorded perfect scores of 100 x 100 with the .410 gauge four times, was a member of the National Skeet Shooting Association all-American team 16 times and captained the squad 10 times. He held or tied nearly 30 world records in 12, 20, 28, .410 gauge and all-round categories over the course of his career.

Even in a sport that demands precision, Hartman was an uncommon perfectionist. He was a leading innovator, designing special tools and equipment and using customized shot made from a wide variety of materials. He modified all his guns and used some 300 different eyeglass lenses, depending on the conditions. He was also an early proponent of the sports psychology technique of guided visualization. “He didn’t shoot against people, really. He shot against himself,” his daughter told the Ottawa Citizen in 2016. “He was a very zen kind of guy.”

Hartman published the instructional book Hartman on Skeet in 1967. He taught and mentored numerous younger shooters, including Susan Nattrass (winner of the 1981 Lou Marsh Trophy) and John Primrose. 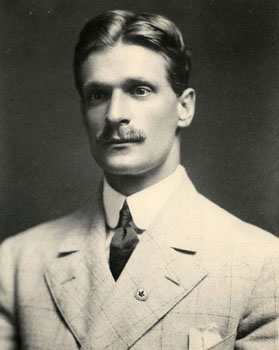