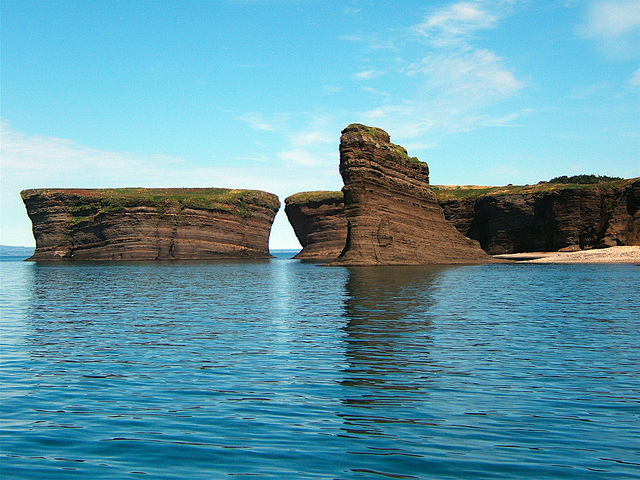 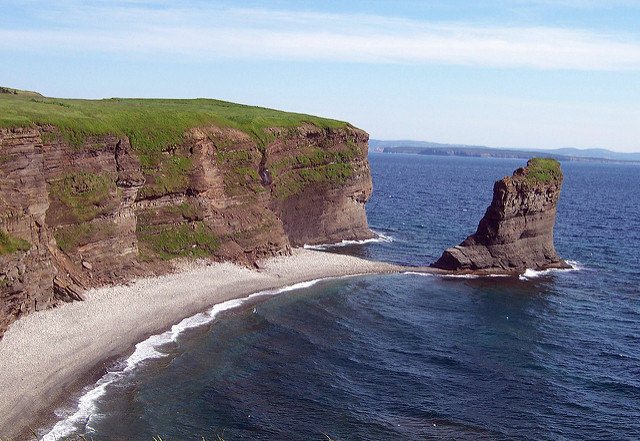 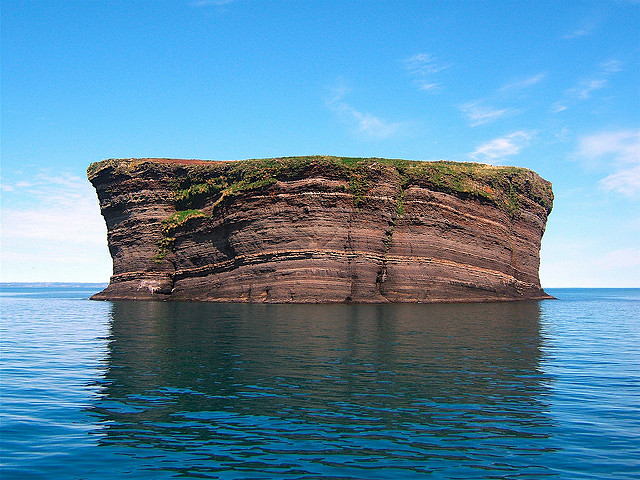 Bell Island, 34 km2, the largest island in Conception Bay, off Newfoundland's Avalon Peninsula, is a flat outcropping of Ordovician sandstone and shale interbedded with red hematite, an iron ore. Its high, redstone cliffs are visible from Portugal Cove-St Philip's to the east from which a ferry runs the 5 km to the island. Off-lying Bell Rock gave the 9 km long, 3 km wide island its name.

First settled in the mid-1700s, the island experienced a drastic change in its economy in the 1890s, when iron-ore mining was begun there. The mine site at Wabana in the north became its largest community. Nova Scotia Steel first operated the mine but ownership eventually passed to Dominion Steel Corp and finally to Hawker-Siddeley Canada.

Until the beginning of operations in Labrador, the Bell Island mine was the largest producer of iron ore in Canada; during its life it was the world's most extensive submarine iron mine. The ore was smelted at Sydney, NS, until competition and declining markets led to the cessation of mining on Bell Island in 1966. The island suffered economic difficulties and a loss of residents as a result; many of the work force now commute to nearby St John's.