In late 1917, the Bolsheviks proclaimed a socialist government in Russia under Vladimir Lenin. Although Russia had been an ally of the Western powers against Germany (see First World War), one of the reasons for the revolution was a strong desire among many Russians to end the war. On 3 March 1918, the Bolsheviks signed the Treaty of Brest-Litovsk with Germany and her allies, ending Russian participation in the war. With Russia’s withdrawal, the Allies’ Eastern Front collapsed.

Yet the Bolshevik position wasn’t secure. Although the “Reds” had seized power, they were opposed by supporters of the royal dynasty and other conservative and nationalist forces, known as the “Whites.” Russia’s former allies were opposed to Bolshevism and supported the Whites. They also worried that Germany would exploit Russia’s resources and seize 700,000 tons of war material shipped by the Allies to Russia. Finally, the Allies hoped that if the Russian government was restored, they could re-establish the Eastern Front against Germany. 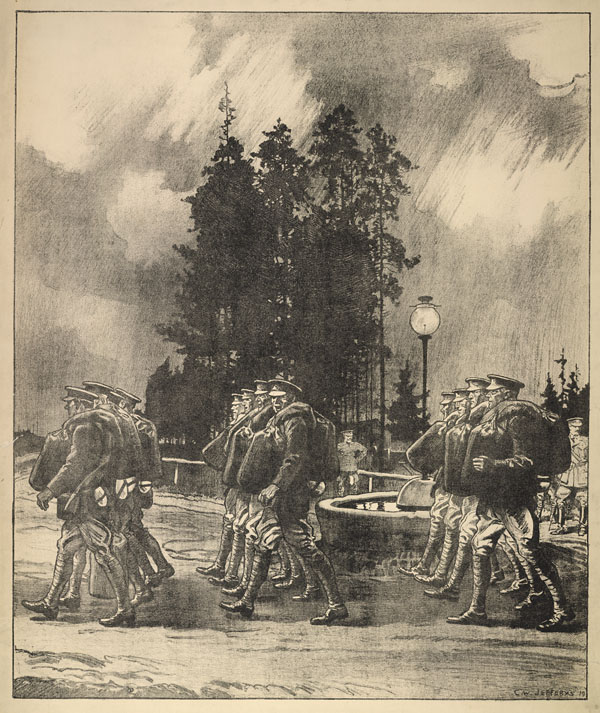 On 12 August 1918, the Canadian government approved the formation of the Canadian Siberian Expeditionary Force (CSEF). It comprised about 4,200 personnel under Major General Sir James Elmsley, a veteran commander from the Western Front. The core of the CSEF was the 16th Canadian Infantry Brigade, commanded by Brigadier General Harold Bickford, which contained the 259th Battalion (Canadian Rifles) and 260th Battalion (Canadian Rifles). The battalions were national units, with soldiers mobilized from across the country. The CSEF also included an engineer field company, a machine-gun company and a North-West Mounted Police cavalry squadron. Non-brigade units included an artillery battery and various support units. Many of the Canadian soldiers had been conscripted. The lone female member of the CSEF was Nursing Matron Grace Potter. The British also placed their 1,500-man contingent under Canadian command.

The advance party of the Canadian contingent sailed from Victoria, British Columbia, on 11 October 1918 in the Empress of Japan. It comprised about 700 personnel, including Elmsley and part of his headquarters, as well as administration, medical, logistics and cooking staff. 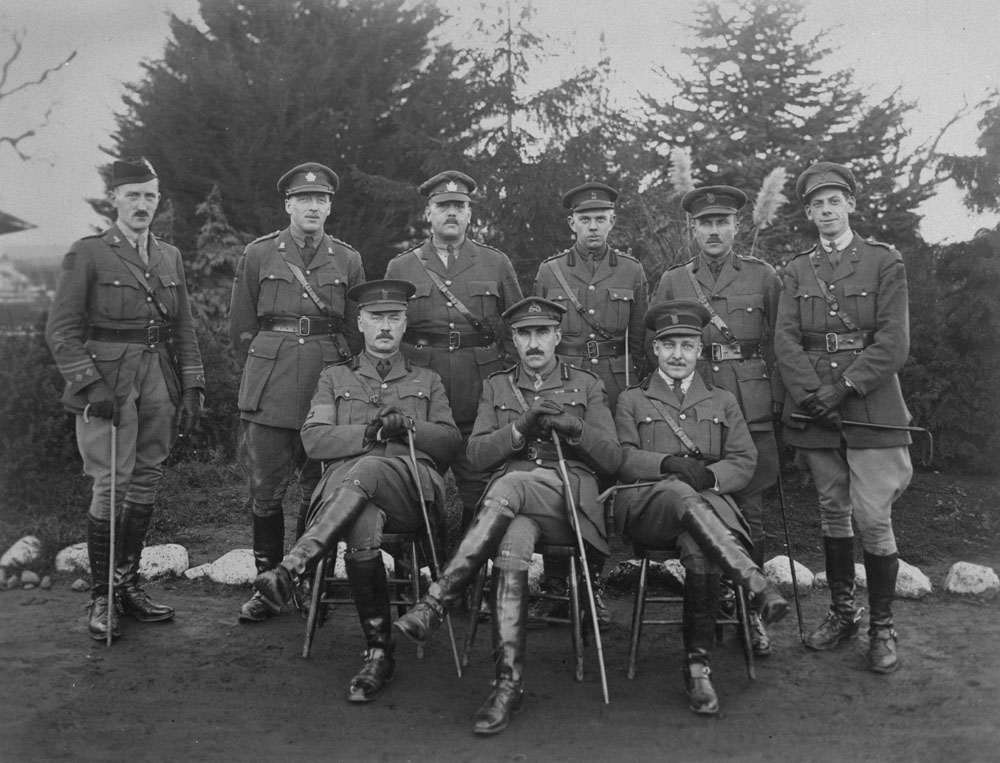 The Canadians arrived at Vladivostok on 26 October, less than three weeks before the Armistice was signed on 11 November, ending the fighting in Europe. This led to discussions between the Canadian prime minister and British War Office over whether to bring the Canadian contingent home. Prime Minister Robert Borden believed that the Canadians faced little danger in Siberia and Canada should continue to send the numbers promised. In part, Borden did not want to damage his country’s newly won prestige on the battlefields of Europe by reneging on a commitment. In the end, however, he left the decision to his Privy Council.

Although the Privy Council was divided on the issue, it eventually agreed to continue Canada’s commitment until spring 1919. It also insisted that the Canadian force would not be allowed to move inland or participate in military operations without the express consent of the Canadian government. In response, the British suggested that no more Canadians should be sent to Siberia and any currently at sea should return home. 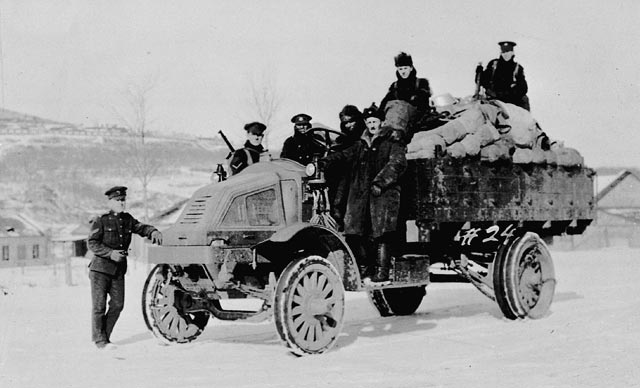 Despite Britain’s recommendation, the rest of the Canadian Siberian Expeditionary Force (CSEF) continued to mobilize at Vancouver and Victoria. Throughout the fall and winter of 1918, Canadian soldiers sailed from Vancouver to Vladivostok, although not without incident.

Some Canadians supported the new Bolshevik government and its ideals and opposed sending soldiers to Russia. This included active opposition from labour activists and some of the soldiers themselves, many of whom had been conscripted. At the time, labour unrest and social protests were on the rise across Canada. Class conflict had been exacerbated by the First World War because of conscription, censorship and the increased cost of living. In general, workers were sympathetic to the Bolshevik government, while employers supported intervention.

In Victoria, labour agitators persuaded a few Quebec soldiers from the 259th Battalion to mutiny by refusing to board their ship for Siberia. Thirteen soldiers were arrested, and the ringleaders were court-martialled. The remaining members of the two Quebec companies were escorted aboard their ship by soldiers with fixed bayonets.

Although Major General Elmsley was restricted by his orders, he sent small groups of soldiers to guard supply trains. He also allowed a 55-man group to go to Omsk to act as headquarters staff for two British battalions stationed there. For the Canadians in Vladivostok, guard duty and administration were their main tasks.

The Canadian contingent began to return home on 22 April 1919; the last member left on 5 June. Contingents from other countries also withdrew from Russia. Twenty-one Canadians had died, including five at sea; most of the others died from disease or accident. 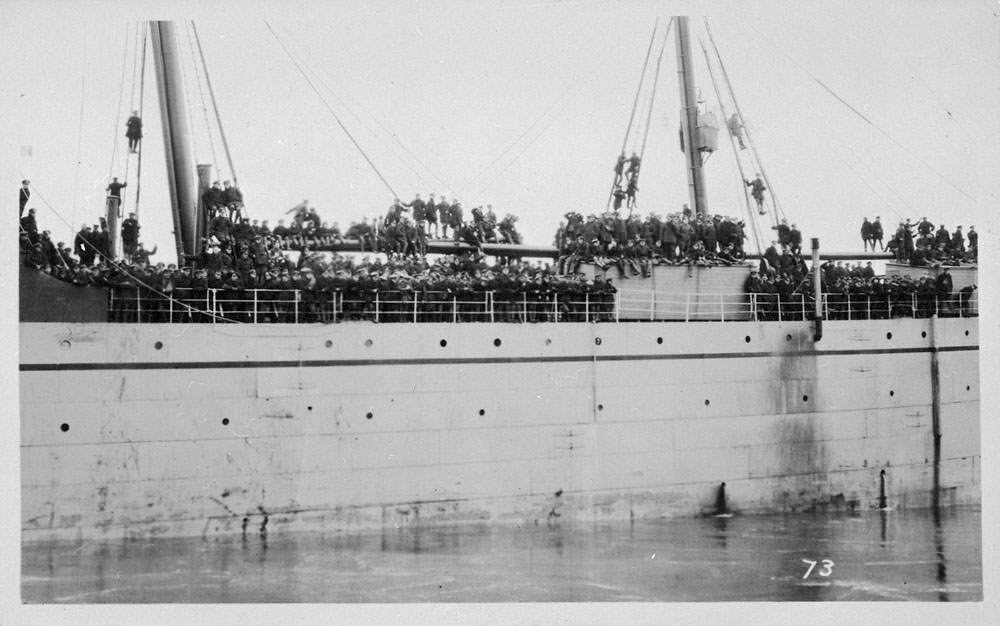 For many years, the only Canadian unit to hold the battle honour for Siberia was the Royal Canadian Mounted Police, which succeeded the North-West Mounted Police. The 259th and 260th Battalions were disbanded after the war and not perpetuated by other units. In 1997–98, however, the Department of National Defence decided that 12e Régiment blindé du Canada would perpetuate the 259th Battalion, while Princess Patricia’s Canadian Light Infantry would perpetuate the 260th Battalion. These units now carry the battle honour Siberia 1918–19. 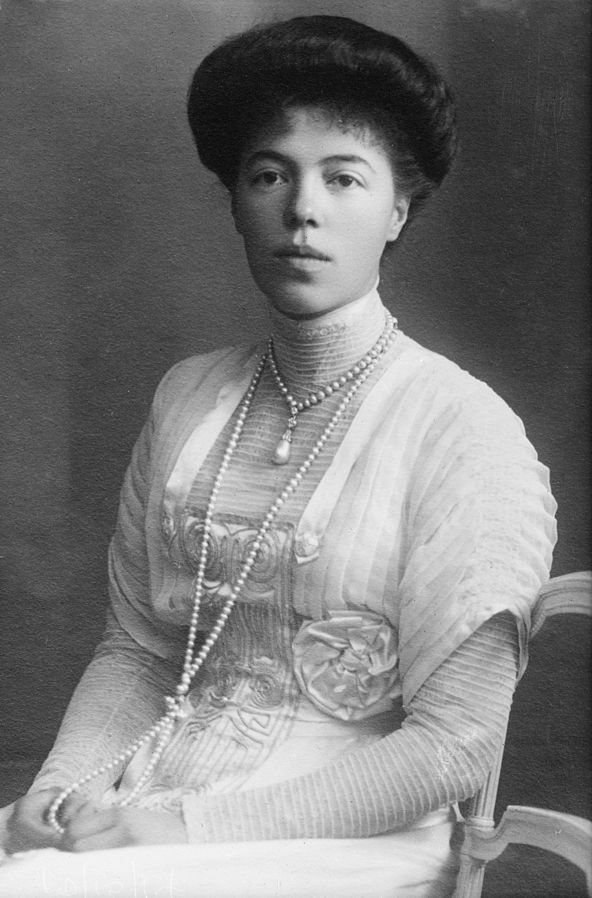