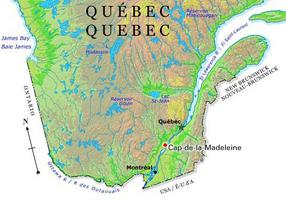 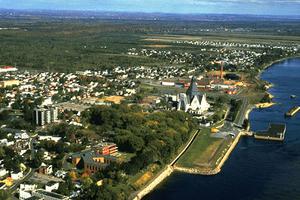 Industrialization brought major residential construction. A second development phase began in 1938 with the opening of International Foils Ltd (Reynolds), which still operates. Despite the arrival of Lupel Amiante, a subsidiary of the Cascades Group, industrial activities have slowed since the 1970s and the Cap is increasingly a residential suburb of Trois-Rivières. The sanctuary Notre-Dame du Cap, built in 1714, is a national PILGRIMAGE site. Construction of the octagonal basilica, renowned for its stained-glass windows, dates from 1974.