The Charlottetown Accord of 1992 was a failed attempt to add Quebec’s consent to the Constitution. The Accord would have recognized Quebec as a “distinct society.” It would have given many federal powers to the provinces; addressed the issue of Indigenous self-government; and reformed the Senate and the House of Commons. The Accord was approved by the federal government and all 10 provinces. But it was rejected by the public in a referendum on 26 October 1992. (This article is a plain-language summary of the Charlottetown Accord. If you are interested in reading about this topic in more depth, please see our full-length entry, Charlottetown Accord.)

Background: Quebec and the Constitution

In 1981, Quebec premier René Lévesque refused to sign the Constitution Act, 1982. He felt he had been betrayed by the other premiers when they patriated the Constitution (took control of it from Britain). Quebec was still legally bound by the Act. But the absence of Quebec’s signature left it estranged from Canada’s “constitutional family.”

In the mid-1980s, Prime Minister Brian Mulroney hoped to end the impasse. His first attempt, the Meech Lake Accord, failed in 1990. He tried again in 1992. Four panels were formed; two in Quebec and two nationally. Their studies led to various reports. Five meetings were then held. These led to another report.

Talks then took place between the federal, provincial and territorial governments. These resulted in the Charlottetown Accord. It was unveiled on 28 August 1992.

What the Accord Said

The Accord would have given the provinces power over forestry, mining, cultural affairs and some other areas. The federal government would keep control over national groups such as the CBC and the National Film Board.

Under the Accord, a province could opt out of a federal program. It could do this if it started a similar program of its own. Many trade barriers between the provinces would be removed. The federal power of disallowance would have also been scrapped.

The Accord addressed the issue of Indigenous self-government. But it gave a waiting period of three years before it would be recognized in law.

The Accord also had the “Canada Clause.” It set out the values that define the Canadian character. One of those values was that Quebec is a distinct society within Canada.

Under the Accord, the Senate would become “Triple-E” — equal, elected and effective. The Senate’s powers would be reduced. Some matters would require a so-called double majority; that is, a majority of all senators and of francophone senators. The structure and appointment process of the Supreme Court would also be entrenched in the constitution.

The Accord had the formal support of the federal government and all 10 provinces. It could have been legally enacted. But the Meech Lake Accord had been criticized as a “backroom deal.” So, the Mulroney government chose to hold a national referendum on the Accord.

On 26 October 1992, the Accord was opposed by 54.3 per cent of the vote. It did win approval in New Brunswick; Newfoundland; Prince Edward Island; the Northwest Territories; and, by only 50.1 per cent, in Ontario. In Quebec, the vote was 56.7 per cent against.

The defeat of the Accord was seen as a statement against the deeply unpopular Mulroney government. By November 1992, his popularity was at 12 per cent. It was the lowest of any prime minister in Canadian history. He resigned shortly after.

Some aspects of the Accord were adopted later. In 2006, the House of Commons passed a motion that recognized the Québécois as a nation within Canada. In 2014, Liberal Party leader Justin Trudeau expelled all Liberal senators from the party caucus. He did this to try and make the Senate less partisan.

One more attempt at constitutional change was made in 2017. Quebec premier Philippe Couillard wanted Quebec to sign the constitution that year as part of Canada’s 150th birthday. But his efforts were flatly rejected by Prime Minister Justin Trudeau. 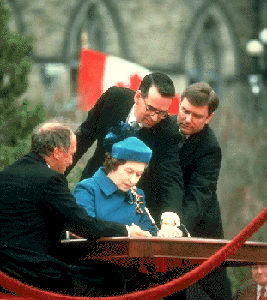 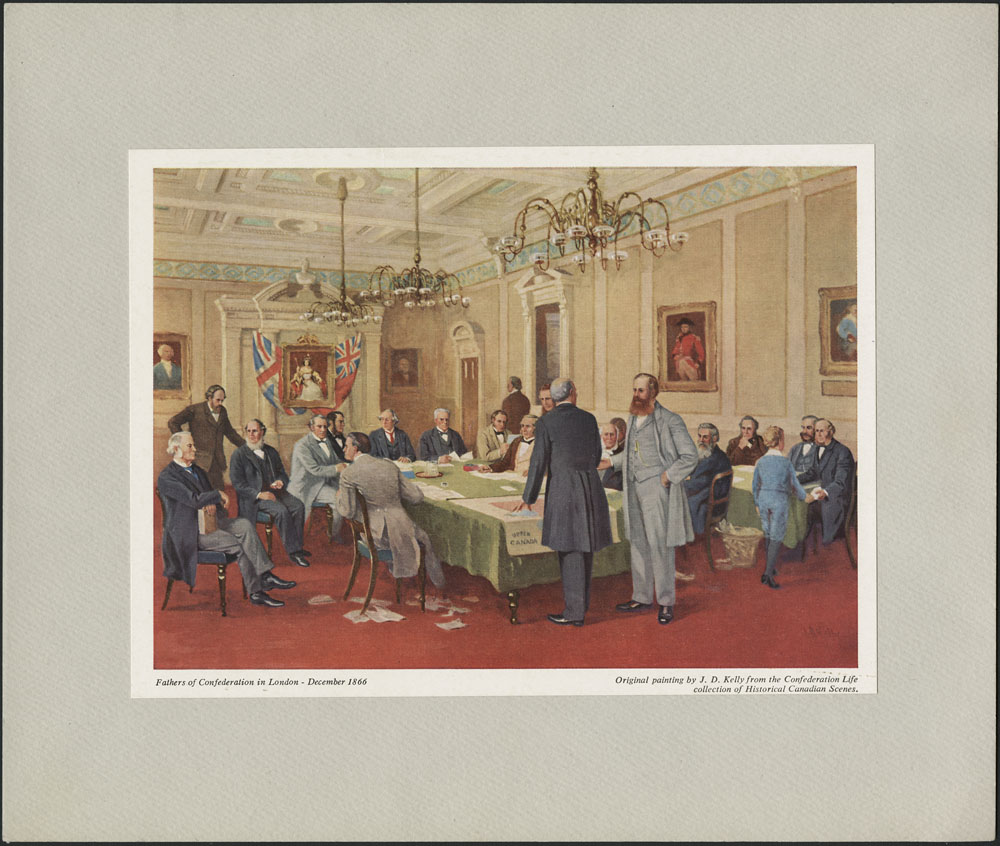