In the lead-up to the patriation of Canada’s Constitution, it was clear that to patriate (take back from Britain) and amend (change) the Constitution, the approval of the British Parliament was legally required. However, it was unclear how much provincial support, if any, was needed.

Prime Minister Pierre Trudeau assembled a group of constitutional advisers. He also drafted a set of federal demands for new, centralized powers over the economy. (See Federalism in Canada.) He wanted what he called a “people’s package” added to the Constitution. It would include a new Charter of Rights and Freedoms. The premiers, however, wanted to preserve or even expand provincial powers. (See also: Distribution of Powers; Decentralization.) They responded angrily to Trudeau’s tactics. Still, they agreed to a series of meetings across Canada between Cabinet ministers, senior officials and political aides to explore the 12 agreed-upon agenda items.

A First Ministers’ conference on the matter was then held in September 1980. (It was the 10th round of negotiations on the reform of Canada’s Constitution to take place since 1927.) The intractable views of all involved led to the failure of the conference. On 2 October, following meetings with his caucus and Cabinet, Trudeau announced, to little surprise, that Ottawa would make a unilateral request to the British Parliament. Trudeau would recall Parliament early and press the resolution through by Christmas before significant opposition could be mounted.

But the federal Conservatives, under leader Joe Clark, strongly opposed the plan. The constitution fight offered Clark an explosive issue around which to rally his flagging leadership. It also gave him the chance to advance his view of the country as a “community of communities.” Clark and the Conservatives used every procedural device at their disposal to halt the resolution.

Prime Minister Pierre Trudeau speaks for the federalist side, during the campaign for the 1980 Quebec Referendum on sovereignty.

In February 1981, the Manitoba Court of Appeal decided 3–2 in favour of Ottawa. In April, the Quebec Court of Appeal also supported Ottawa in a 4–1 decision. Both courts decided that the federal government had the legal right to patriate and amend the Constitution without provincial consent.

However, just weeks earlier, the three justices of the Newfoundland Court of Appeal had voted unanimously against the federal procedure. Trudeau agreed to submit his resolution to the Supreme Court of Canada to settle the matter.

The Supreme Court gave its verdict in a split decision that was seen as a messy win for both sides. The court found by a 7–2 majority that the federal government could adopt this resolution with the consent of the British Parliament and without the consent of the provinces. The justices decided that the resolution went against the constitutional conventions developed in Canada over the years. But they also decided that it was not legal to prevent Ottawa from acting on its own because there was no legal limit “to the power of the Houses [the House of Commons and the Senate] to pass resolutions.” 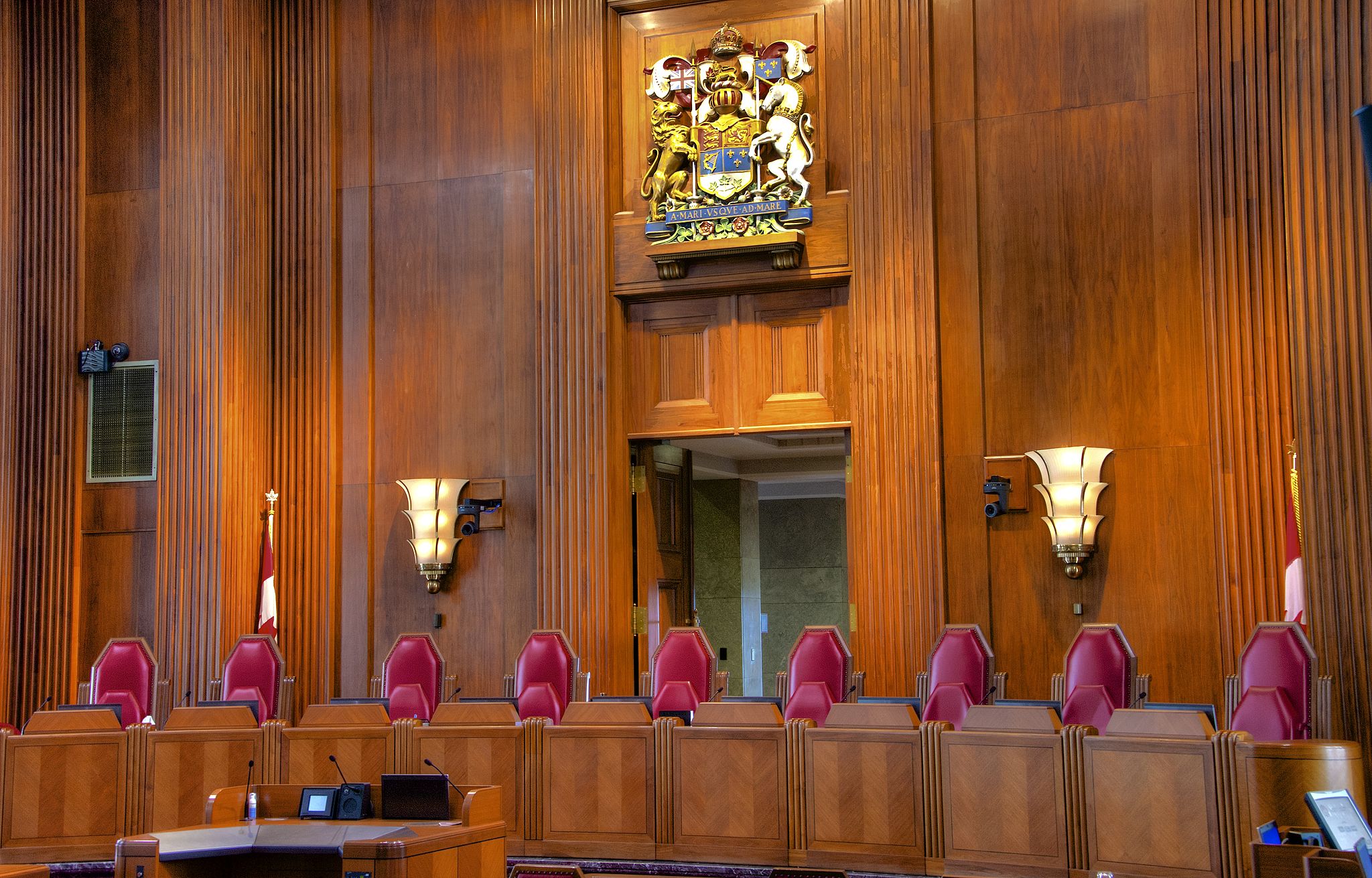 The court room, showing the nine-seat bench, of the Supreme Court of Canada.

The Supreme Court verdict sparked a final round of hurried negotiations, as well as what Trudeau came to call “the one last time” conference. It began in Ottawa on 2 November 1981 and culminated in the patriation of the Constitution on 17 April 1982.