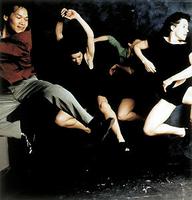 Dancemakers is a Toronto-based troupe of about 10 dancers that was launched in April 1974. It was originally planned to be a one-time venture, run co-operatively among the participants but under the leadership of 2 graduates of the dance department at York University, Marcy Radler and Andréa Ciel Smith. At the time, the Toronto Dance Theatre and the National Ballet of Canada were the only professional dance companies in Toronto performing for adult audiences. Dancemakers sought to provide an alternative and to give a creative platform to a remarkable burgeoning of local dance talent.

Anderson resigned in 1988 when it was clear that Dancemakers' original mandate to be a mainstream modern-dance repertory company needed rethinking. For many years it had helped its local audiences acquaint themselves with a remarkably varied spectrum of movement styles. However, the appearance of other local companies and the increased audience opportunities to see touring troupes from Canada and abroad meant that Dancemakers had to adjust and refocus, a point Anderson made to the company's board when she resigned. The board responded by appointing former dancer and innovative choreographer Bill James, with the understanding that the troupe would be a vehicle for the work of the artistic director. This concept was retained under Serge Bennathan, who succeeded James in 1990. The success of Bennathan's work gave Dancemakers a new identity and launched the company into a period of sustained artistic growth. Under Bennathan the company won wide critical acclaim for the quality of its dancing and distinctiveness of its repertoire. As with many contemporary dance troupes, Dancemakers does not maintain a constant repertoire but moves from project to project. Bennathan placed great emphasis on sharing and revealing the creative process with audiences in studio workshops preceding the official premiere of a new work. In 2002, Bennathan moved the company into its new home in Toronto's Distillery District and called it the Centre for Creation. The new space includes a theatre, which made Dancemakers a contemporary dance presenter as well as a performing company.

In 2006 Bennathan stepped down and Michael Trent became Dancemakers' artistic director and resident choreographer. Trent has continued to make collaboration and creative experimentation a cornerstone of Dancemakers' work.