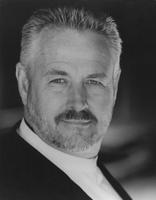 Daniel (Lee) Lichti. Bass-baritone, teacher, farmer, b New Hamburg, Ont, 12 Apr 1951. Lichti, who is of Mennonite background, sang in his church choir as a boy. He studied 1969-72 with Victor Martens at Wilfrid Laurier University and 1972-4 in the university's Summer Opera Workshop, 1974-5 with Louis Quilico at the University of Toronto Opera Division, and 1975-8 with Theo Lindenbaum at the Nordwestdeutsches Musikakademie in Detmold. He was awarded in 1974 first prize in the Edward Johnson Music Foundation Competition, and several subsequent prizes and scholarships including a full stipend to attend Peter Pears's master class for Lied in 1981. He made his debut in a 1974 production of Menotti's The Medium conducted by Raffi Armenian at the Stratford Festival.

Concert and Oratorio Engagements
Lichti in his early career was primarily a concert-oratorio singer and as such first appeared as a soloist in Canada in 1979 in Brahms's Ein Deutsches Requiem with the Ontario Choral Federation under Helmuth Rilling. He debuted in New York in 1985 in Bach's St John Passion with the Florilegium Choir at Alice Tully Hall and sang at Carnegie Hall in 1990 in Bach's St Matthew Passion with St Luke's Orchestra. He was a soloist for Rilling on many occasions including a 1988 European tour with Rilling's Gaechinger Kantorei, a performance of Bach's Mass in B Minor at the 1989 International Choral Festival in Toronto, and a 1990 performance with the Los Angeles Chamber Orchestra broadcast over PBS.

He has performed with most major Canadian orchestras, toured with Tafelmusik and with the Canadian Chamber Ensemble, appeared with the San Francisco Symphony Orchestra and other US orchestras, with the Washington Bach Consort, and with such choirs as the Richard Eaton Singers, the Kitchener-Waterloo Philharmonic Choir, the Menno Singers, the Toronto Mendelssohn Choir, and the Vancouver Chamber Choir. He has appeared at the Guelph Spring Festival, Quinte Summer Music, the Elora Festival, Festival Canada, the Ottawa Chamber Music Festival, and similar events.

Only occasionally performing works by Canadians, Lichti sang Ruth Watson Henderson's Ballad of St George at the 1991 Elora Festival, and sang in the premiere of Ruth Fazal's Oratorio Terezin in Toronto in 2003.

Lichti continued to manage his family's hog farm in New Hamburg, Ont, until 1992, when he began to pursue a full-time music career, gradually undertaking more opera engagements. In Canada, he has sung Polyphemus in Handel's Acis and Galatea for Opera Atelier; Don Alfonso in Così Fan Tutti for Quebec Opera (1995) and for L'Opéra de Montrèal (2000); the King in Handel's Ariodante for Opera in Concert (2001); and Bertolo in Marriage of Figaro for L'Opéra de Montréal (2003). Elsewhere, Lichti was Polyphemus in Carmel, California (1992), and debuted with Rome Opera in 1998, as Achilla in Handel's Guilio Cesare (a role he also performed for Boston's Handel and Haydn Society).

In 1998, Lichti was appointed associate professor at Wilfrid Laurier University.

Lichti is one of Canada's most sought-after performers of oratorio and appears regularly across North America in concerts and recitals. He has recorded extensively. Singing lieder, he joined forces with pianist Janina Fialkowska to perform and record songs by Brahms and Schumann. Classical Music Magazine reported "His ease in German, his understanding of a cultivated style and his scrupulous musicianship make Lichti a first-rate interpreter of lieder" (Dec 1998). Briefly exploring popular music, Lichti performed songs by Leonard Bernstein and George Gershwin, with Catherine Robbin.

Lichti's voice is a dramatic or 'spinto' baritone, and has been described as a 'rich mahogany.' He has received several grants from the Ontario and Canada arts councils, was named outstanding performer in the 1986 Du Maurier Search for the Stars competition, and was a finalist in the Joy in Singing Competition (1990). His recording Songs of Hugo Wolf was nominated for a Juno award and received Gramophone magazine's 'critic's choice' designation.