Fanshawe College of Applied Arts and Technology. Community college founded in London, Ont, in 1967. In 1964, the provincial government created Ontario Vocational Centres with a mandate of providing specialized training in technical, arts, and social science based fields. In 1967 Ontario established 19 colleges of applied arts and technology, and the Ontario Vocational Centre London became Fanshawe College. Fanshawe is one of Ontario's largest community colleges, with 120 programs and more than 15 000 full-time students.

A part of the School of Contemporary Media, Fanshawe's Music Industry Arts (MIA) program was founded as Creative Electronics in 1973 by famed British disc jockey Tom Lodge. With six professors and 35 students in its inaugural year, courses in the three-year program centred on electronics and music synthesizers. In 1976, the program was re-named Music Industry Arts (MIA), and course offerings were expanded to include music recording and engineering, music production, music writing, audio post-production, entertainment law, and artist management. In the mid-1980s, graduates continued to earn College of Applied Arts and Technology (CAAT) diplomas, but the length of the program was reduced to two years. 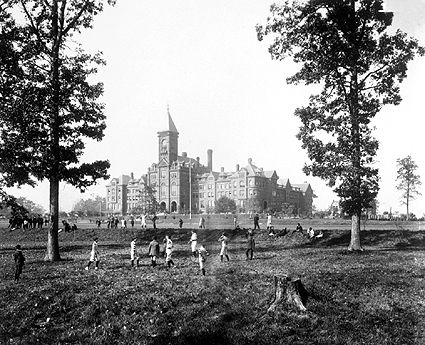