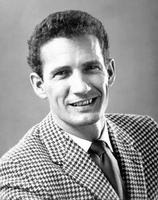 Strate's choreography brought an original Canadian perspective and a modern dance aesthetic to the repertoire of the National Ballet (photo by Ken Bell, courtesy National Ballet of Canada).

Grant Strate, OC, dancer, choreographer, educator (born 7 December 1927 in Cardston, AB; died 9 February 2015 in Vancouver, BC ). A winner of the Governor General’s Performing Arts Award, Grant Strate's choreography brought an original Canadian perspective and a modern dance aesthetic to the repertoire of the National Ballet, but his contribution as an educator and nurturer of choreographic talent has been even more important for the development of Canadian dance.

Though he took tap dancing lessons as a child, Strate came to dance late as a law student at the University of Alberta, in Edmonton, where he also studied dance with Laine Metz, a student of the influential German expressionist Mary Wigman. When in 1951, while he was practicing law in Edmonton, Strate’s early choreographic efforts came to the attention of the artistic director of the National Ballet of Canada, Celia Franca, he gave up his burgeoning career as a lawyer and took up dance full time, becoming a charter member of the National Ballet of Canada as a dancer. Strate created innovative, modernist works for the company throughout the 1950s, and in 1964 he was appointed resident choreographer and assistant to the director, positions he held until he left the ballet in 1970.

Strate was guest choreographer in Antwerp (1966–67) and with the Royal Swedish Ballet (1968–69). Among his more than 50 ballets for many companies are Ballad and The House of Atreus (music by Harry Somers), Bird Life and Cyclus.

Inspired by his experience as guest teacher at the Juilliard School in New York City in 1962–63, a time of great artistic ferment, Strate fostered and facilitated artistic experimentation, the explosion of independent dance in Canada and the development of dance education. He was the founder of Canada's first degree program in dance at York University (1970) and of the Dance in Canada Association (1973), organizer of National Choreographic Seminars (1978, 1980, 1985, 1991) and director of Simon Fraser University’s Centre for the Arts (1980–89) and the Contemporary Arts Summer Institute (1985-95). Strate’s work as a teacher, especially during his decade at York, brought forth many of Canada’s top contemporary dance professionals, including Christopher House, Denise Fujiwara, Carol Anderson, Patricia Fraser and Holly Small. He became professor emeritus in 1993.

Grant Strate was a Member of the Order of Canada (1995) and was awarded the Jean A. Chalmers Award for Creativity in Dance (1993) and the Governor General’s Performing Arts Award for Lifetime Achievement (1996). He became a Fellow of the Royal Society of Canada in 2006. Strate’s memoir, Grant Strate: A Memoir, was published in 2002.