Jason Wu (né Wu Jìgang), fashion designer (born 27 September 1982 in Taipei, Taiwan). Jason Wu is a fashion designer who works as artistic director for his own label, Jason Wu, and for Hugo Boss womenswear. He designs upwards of 12 collections each year, but is perhaps best known for having dressed First Lady of the United States Michelle Obama, among other high-profile clients. Wu’s designs reinvent classic feminine silhouettes by incorporating traditional techniques and embellishment for a modern clientele.

Born in Taipei, Taiwan, Wu moved with his family to Vancouver when he was just nine. His parents, who operate an import/export business, recognized their son’s creative inclination at an early age and his mother hired a fashion student to teach Wu the fundamentals of clothing design. He learned to sew, cut patterns and sketch, as well as the art of draping, which is the process of turning a clothing design into a three-dimensional form.

As a young boy, Wu attended Eaglebrook School, a boarding school for boys in Deerfield, Massachusetts. He then went on to Loomis Chaffee in Windsor, Connecticut. While he was a student there, Wu spent his downtime designing and sewing doll clothes. When he was just 16, he reached out to the president of Integrity Toys, a Maryland-based fashion doll manufacturer, and pitched his designs. (Fashion dolls are manufactured for sale to children as well as adult collectors.) Wu designed two series of fashion dolls for Integrity Toys, called Jason Wu dolls and Fashion Royalty. The dolls were sold at the famed, and now defunct, FAO Schwarz for US$70–US$400.

When Wu was just 18, he was appointed creative director of Integrity Toys. He remains a partner at the company. Wu spent his last year of high school studying abroad in Rennes, France, during which time he decided to pursue fashion design as a career.

In 2001, Jason Wu studied fashion design at the prestigious Parsons School of Design in New York City. He left during his fourth year — foregoing graduation — in 2004 to intern for New York designer Narciso Rodriguez, whom Wu cites as his mentor.

Using the proceeds from his fashion doll designs, Wu launched his eponymous label, Jason Wu, in 2006. That February, he released his first ready-to-wear collection made for the general market (for the fall 2007 season) during New York Fashion Week. Wu’s work caught the eye of Anna Wintour, the legendary editor-in-chief of Vogue magazine, when he was a finalist for Vogue’s emerging designer award.

Wu has frequently been spoken of as a designer from another era. His designs favour classic feminine silhouettes that are nipped at the waist. The looks he prefers are very much anti-minimalist, incorporating traditional techniques and embellishment — from feathers, polka dots, and burnout velvet (a technique for creating patterns on fabric) to pleating. 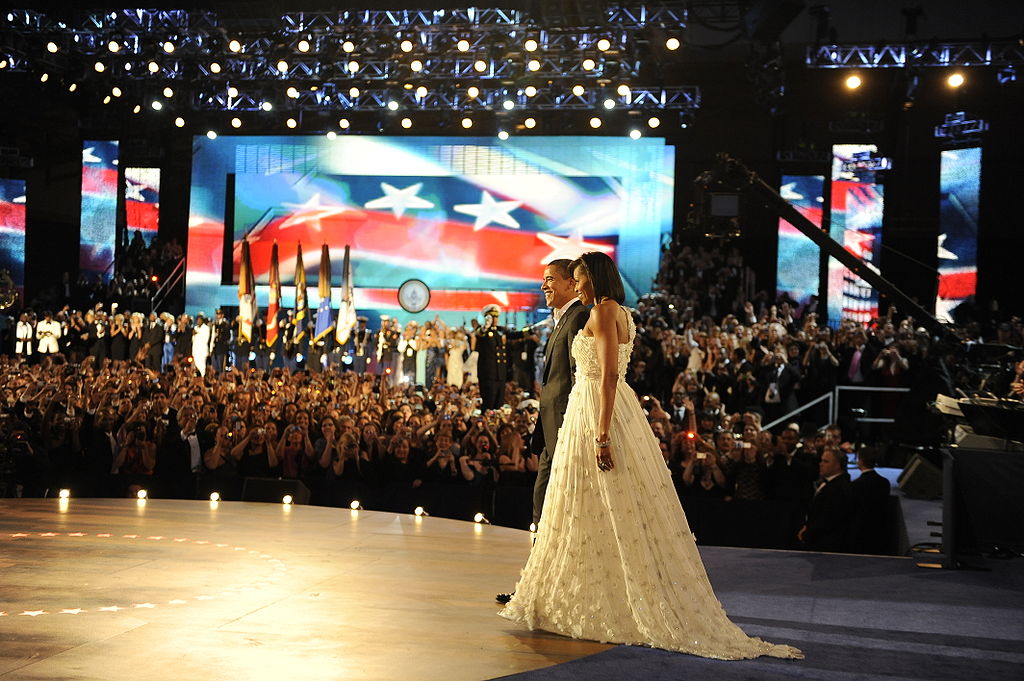 In 2009, First Lady of the United States Michelle Obama wore a white Jason Wu gown to the inaugural presidential ball. A one-shouldered, silk-chiffon dress embellished with crystals and hand-beaded organza flowers, it was said to have taken 100 hours to complete by hand. Within minutes, Wu became an overnight household name. Up until then, Wu was known strictly within the fashion industry; by the end of the inauguration, calls and offers from reality television to product endorsements were flooding in.

The First Lady was introduced to Wu’s work by Ikram Goldman, the owner of a luxury clothing boutique in Chicago. Obama had purchased a Wu dress from Goldman for a Barbara Walters interview. Two days later, Goldman called Wu to include the young designer in the bid for the First Lady’s inauguration gown. As recounted by Wu, the only guidance Goldman gave him was, “it has to sparkle.”

The relationship continued to blossom between Wu and Obama, who wore his creations a number of times during her terms as First Lady. Wu has said that the First Lady effortlessly mixes high and low fashion and that she’s also worn his lower price point diffusion label, Miss Wu, which he launched in 2013.

In 2012, Wu designed a capsule collection (a small collection of key items and produced in limited quantity) for Target, a mass retailer, which sold out within hours online and in stores across the United States. The collection made Wu a more recognizable and household name, reinforcing his modern feminine aesthetic featuring bows, pleats and silhouettes nipped at the waist. The modest price of items in this collection made his designs accessible to the mass consumer.

In 2013, Wu launched his debut diffusion line (a collection designed with a younger target in mind and retailed at a lower price point), Miss Wu, in tandem with luxury retailer Nordstrom. Michelle Obama wore a Miss Wu green shift in 2012 — before it hit the shelves — while on the campaign trail for reelection. Relaunching the line as Grey in 2016, Wu partnered with Pantone to create a custom grey hue.

The Grey collection was one of the first in the fashion industry to operate on the see-now buy-now model, in which consumers can purchase garments immediately, rather than waiting six months to buy them after first showcased on runways.

Wu was named artistic director of Hugo Boss’s womenswear division in 2013 — a move that was deemed uncharacteristic for the brand as it had never had a notable artistic director at the helm. He showed his first collection in February 2014 and has continued to create and push the German brand to new heights, revamping its womenswear collection, which has always been secondary to Hugo Boss’s menswear. Wu has described the womenswear line as “sophisticated but also strong,” bringing his ideals of classic female silhouettes and applying them to the Boss Woman. He’s enlisted the help of starlet friends like Diane Kruger, Julianne Moore and Kate Bosworth to help draw more attention to the brand.