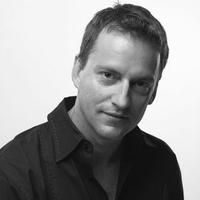 Jean Bernard Grand-Maître, dancer, teacher, choreographer (b at Hull, Qué 6 Apr 1963). Jean Grand-Maître is among the most successful Canadian ballet choreographers of his generation. After a year in the dance program at York University, Toronto, Grand-Maître continued his training at Montréal's L'École supérieure de danse du Québec, 1983-86, where he presented his earliest ballets in workshop productions. He performed with THEATRE BALLET OF CANADA, 1987-89, Les Ballets de Montréal Eddy TOUSSAINT, 1990, and BALLET BRITISH COLUMBIA, 1991, continuing to participate in various dance company choreographic workshops and creating four works for BALLET JÖRGEN from 1990 to 1994.

His career breakthrough was Frames of Mind, originally created for a 1993 NATIONAL BALLET OF CANADA choreographic workshop and taken into the company repertoire to critical acclaim the following year, earning a Dora Mavor Moore Award nomination. NBC included Frames of Mind in a later European tour. Its success helped Grand-Maître win a place in the 1994 Carlisle Project, a prestigious American choreographic development program operated by the Pennsylvania Ballet.

In the United States, Hartford Ballet restaged Frames of Mind in 1995 and commissioned Ancient Airs and Uroboros (1996 and 1999). Dance Connecticut presented Grand-Maître's full-length version of Romeo and Juliet in 2000 with great success. In Canada, his major commissions include The Winter Room, Boy Wonder and Tema Celesta (Ballet BC, 1995, 1996 and 2000) and La Mémoire de l'eau (LES GRANDS BALLETS CANADIENS, 1997). In Québec he has also choreographed for a number of stage galas and operettas as well as for television. In 2001 the Québec Arts Council awarded him a 6-month creative sabbatical in Rome. He returned to Montréal to direct a touring stage musical version of Roméo et Juliette.

Grand-Maître's ballets are notable for their theatricality. He works in close collaboration with composers and with lighting, costume and set designers to create specific stage environments that both complement and amplify the poetic and emotional implications of the choreographic content. Although he regards the choreographic component as central, in many respects his approach is similar to that of a director with an integrated vision of the total theatrical experience he wants to achieve.

After many years working as an itinerant choreographer, Grand-Maître set himself the goal of directing a ballet company and in 2002 was hired by ALBERTA BALLET, where he has restaged a number of his earlier works and created popular versions of Bizet's Carmen and Prokofiev's Cinderella and Romeo and Juliet. Grand-Maître has had considerable box office and critical success by creating ballets to popular music. In 2007 he collaborated with Canadian musician Joni MITCHELL on the ballet Joni Mitchell's The Fiddle and the Drum, a work about war and the environment. In 2010 he created a Broadway-style ballet about sensationalist aspects of the life of singer/songwriter Elton John, called Love Lies Bleeding, to be followed by a ballet using the music of Canadian songstress Sarah MCLACHLAN in a new work.

Jean Grand-Maître has expanded Alberta Ballet to 30 dancers, making it Canada's 3rd-largest ballet company, and has led it on several tours of China as well as extensive domestic touring. He has given Alberta Ballet a distinct artistic personality and advanced his predecessors' efforts to establish its national and international profile. He was also the director of choreography for the opening and closing ceremonies of the Vancouver 2010 Olympics.

Grand-Maître, notably articulate and polylingual, has also become an outspoken advocate for the role of the arts within Alberta and nationally.