Jean-Marc Vallée, director, screenwriter, editor, producer (born 9 March 1963 in Montreal, QC; died 25 December 2021 in Berthier-sur-Mer, QC). Québécois filmmaker Jean-Marc Vallée was one of Canada’s most honoured filmmakers. A skillful craftsman with a knack for slick sentimentality and dramatic intensity, he was renowned for his ability to draw authentic, heartfelt performances from actors. He is best known for films about lost or damaged souls trying to find or heal themselves, such as the multiple-Genie Award-winning C.R.A.Z.Y. (2005) — widely considered one of the best Canadian films ever made — the Hollywood dramas Dallas Buyers Club (2013), Wild (2014) and Demolition (2015), and the HBO series Big Little Lies (2017–19) and Sharp Objects (2018). Vallée won multiple Genie Awards and Prix Iris, two Emmy Awards, a Governor General’s Performing Arts Award and numerous international accolades.

Jean-Marc Vallée, director, screenwriter, editor, producer (born 9 March 1963 in Montreal, QC; died 25 December 2021 in Berthier-sur-Mer, QC). Québécois filmmaker Jean-Marc Vallée was one of Canada’s most honoured filmmakers. A skillful craftsman with a knack for slick sentimentality and dramatic intensity, he was renowned for his ability to draw authentic, heartfelt performances from actors. He is best known for films about lost or damaged souls trying to find or heal themselves, such as the multiple-Genie Award-winning C.R.A.Z.Y. (2005) — widely considered one of the best Canadian films ever made — the Hollywood dramas Dallas Buyers Club (2013), Wild (2014) and Demolition (2015), and the HBO series Big Little Lies (2017–19) and Sharp Objects (2018). Vallée won multiple Genie Awards and Prix Iris, two Emmy Awards, a Governor General’s Performing Arts Award and numerous international accolades. 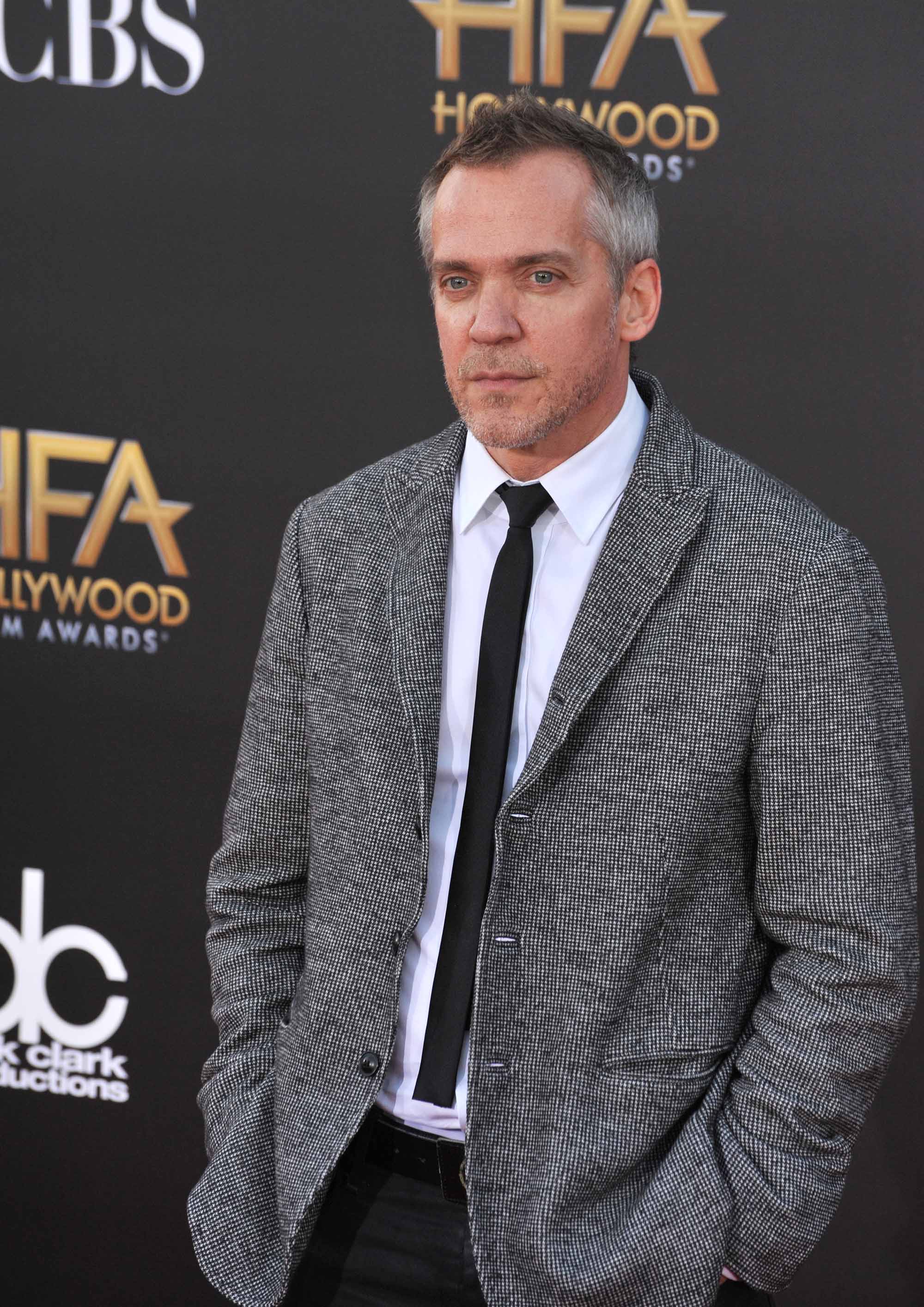 Vallée studied film at the Université de Montréal. On the strength of his award-winning short film, Stéréotypes (1992), he moved on to feature filmmaking with Liste noire (1995), a well-crafted genre film. The Hitchcock-inspired crime thriller stood apart from the artsy auteur cinema and crass commercial comedies that typified Quebec cinema at the time. It became the top-grossing Quebec film of 1995 and earned nine Genie Award nominations, including nods for Vallée’s direction and editing.

Vallée was disheartened by the vacuous projects he was being offered. He started working on an idea that was pitched to him by his friend François Boulay about his experience growing up gay in Quebec during the Quiet Revolution. Vallée and Boulay drew from their childhood experiences and completed the screenplay for C.R.A.Z.Y. It originally centred on a Catholic family in Boston, as Vallée intended to pitch it to Hollywood producers. But his friend Michel Côté, who had starred in Liste noire and whose fame in Quebec gave him some clout in the industry, convinced Vallée to set the film in Quebec and shoot it in French. This feat took some 10 years to realize. Vallée was so determined to achieve a particular tone and style that he voluntarily deferred his director and co-producer fees, totalling around $600,000, to cover the substantial cost of music rights in the film’s $6.5 million budget.

Côté took the role of the conventional French-Canadian father who has a hard time getting along with his five sons; especially Zachary (Marc-André Grondin), whose emerging homosexuality is seen by his father as incomprehensible. The film’s engagingly nostalgic script, superb acting, remarkable soundtrack and sure-handed direction made C.R.A.Z.Y. that rarest of things — a highly entertaining and accessible movie that reflected a relatable, real-life Canadian experience.

One notable admirer of C.R.A.Z.Y. was American filmmaker Martin Scorsese. He hired Vallée to direct The Young Victoria (2009), a romance about the relationship between Queen Victoria and Prince Albert. The film was written by Academy Award-winning screenwriter Julian Fellowes (Gosford Park, Downton Abbey) and starred Emily Blunt. The Young Victoria was generally well-received by critics and audiences. It proved that Vallée could deliver as a hired hand on big-budget projects. The film went on to win about a dozen international awards, including a BAFTA and an Academy Award for costume design.

Vallée’s successful transition to Hollywood also signalled a maturation of Quebec cinema and the graduation of its best filmmakers to the A-list level of Hollywood talent. Philippe Falardeau, Xavier Dolan and, most notably, Denis Villeneuve would soon follow in Vallée’s footsteps.

However high-profile The Young Victoria may have been, it was miles away from the heartfelt C.R.A.Z.Y. Vallée’s next film, the Canada-France co-production Café de Flore (2011), is an ambitious, almost mystical tale of filial love and the nature of soul mates. Inspired largely by Vallée’s divorce, it is a complex art film that moves between multiple characters and time periods. Café de Flore received a lukewarm response from audiences and most critics upon its release. But it went on to earn 13 Genie Award nominations and a devoted cult following.

After this foray into new auteurist chic, the versatile Vallée returned to Hollywood to direct two star-studded biopics. Dallas Buyers Club (2013) became the first film directed by a Quebec filmmaker to earn an Academy Award nomination for Best Picture. Wild (2014) was based on the best-selling memoir by Cheryl Strayed about her 1,770 km trek along the Pacific Crest Trail following years of drug addiction and trauma. Vallée solidified his reputation as an actor’s director after Matthew McConaughey and Jared Leto won Oscars for their work in Dallas Buyers Club, and Reese Witherspoon and Laura Dern received Oscar nominations for Wild. Vallée and co-editor Martin Pensa also received an Oscar nomination for editing Dallas Buyers Club. 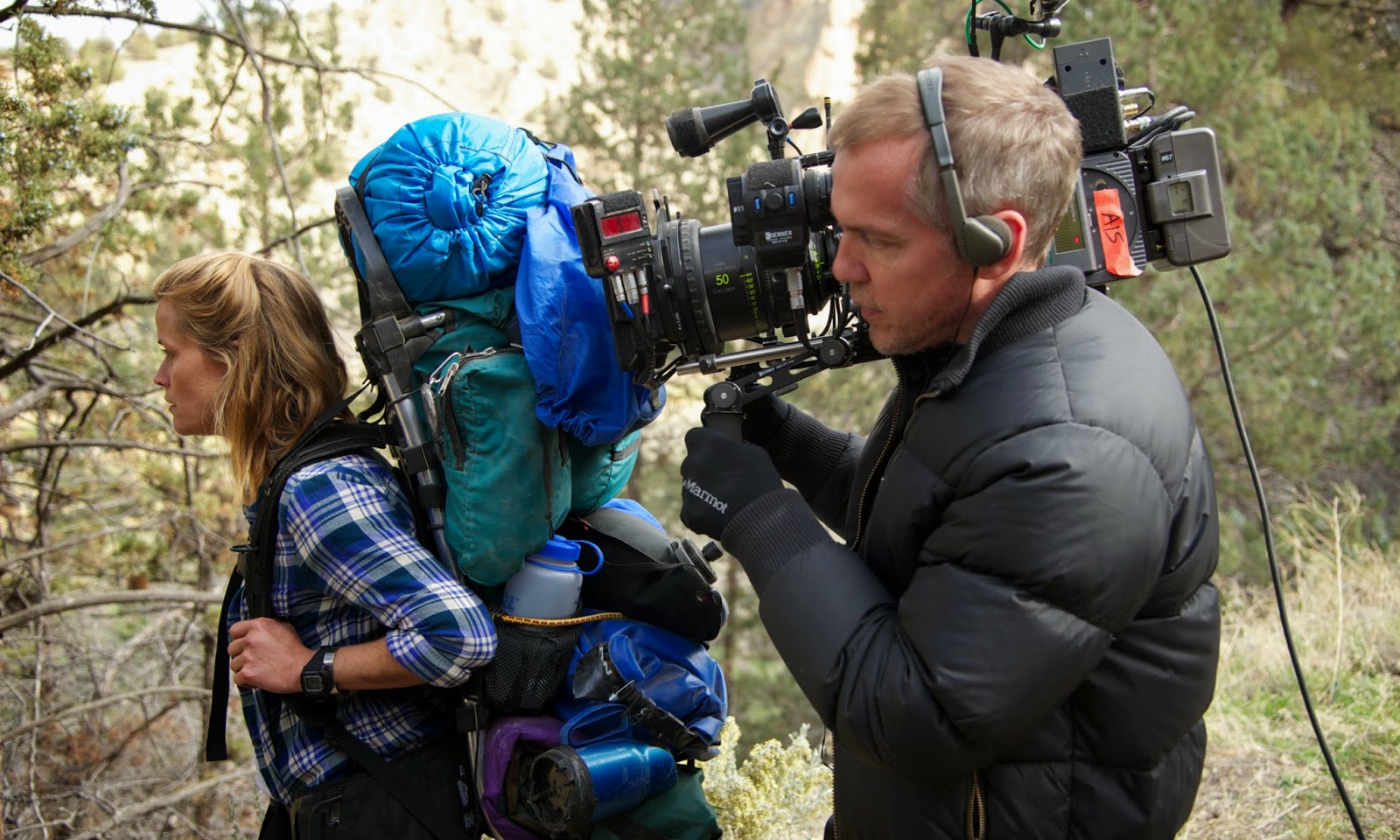 Vallée continued to establish himself as a prolific A-list Hollywood director with Demolition. His fourth feature film in five years, it stars Jake Gyllenhall, Naomi Watts and Chris Cooper, and follows a man coping in the aftermath of his wife’s sudden death. The film opened the 2015 Toronto International Film Festival and won the Audience Award at the 2016 SXSW Film Festival.

On the difference between making a film and a television series, Vallée told the Globe and Mail in 2016, “it’s not television — it’s just another film that happens to be seven hours long. It’s filming episodes one, two, three as a long feature film, then taking a 10-day break, then back for four, five, six, seven as another long feature film. It’s a marathon, but it’s the same kind of creative work.”

In December 2018, HBO announced that Vallée would direct the limited series Gorilla and the Bird, written by Demolition screenwriter Bryan Sipe and based on Zack McDermott’s memoir about his struggles with psychosis. 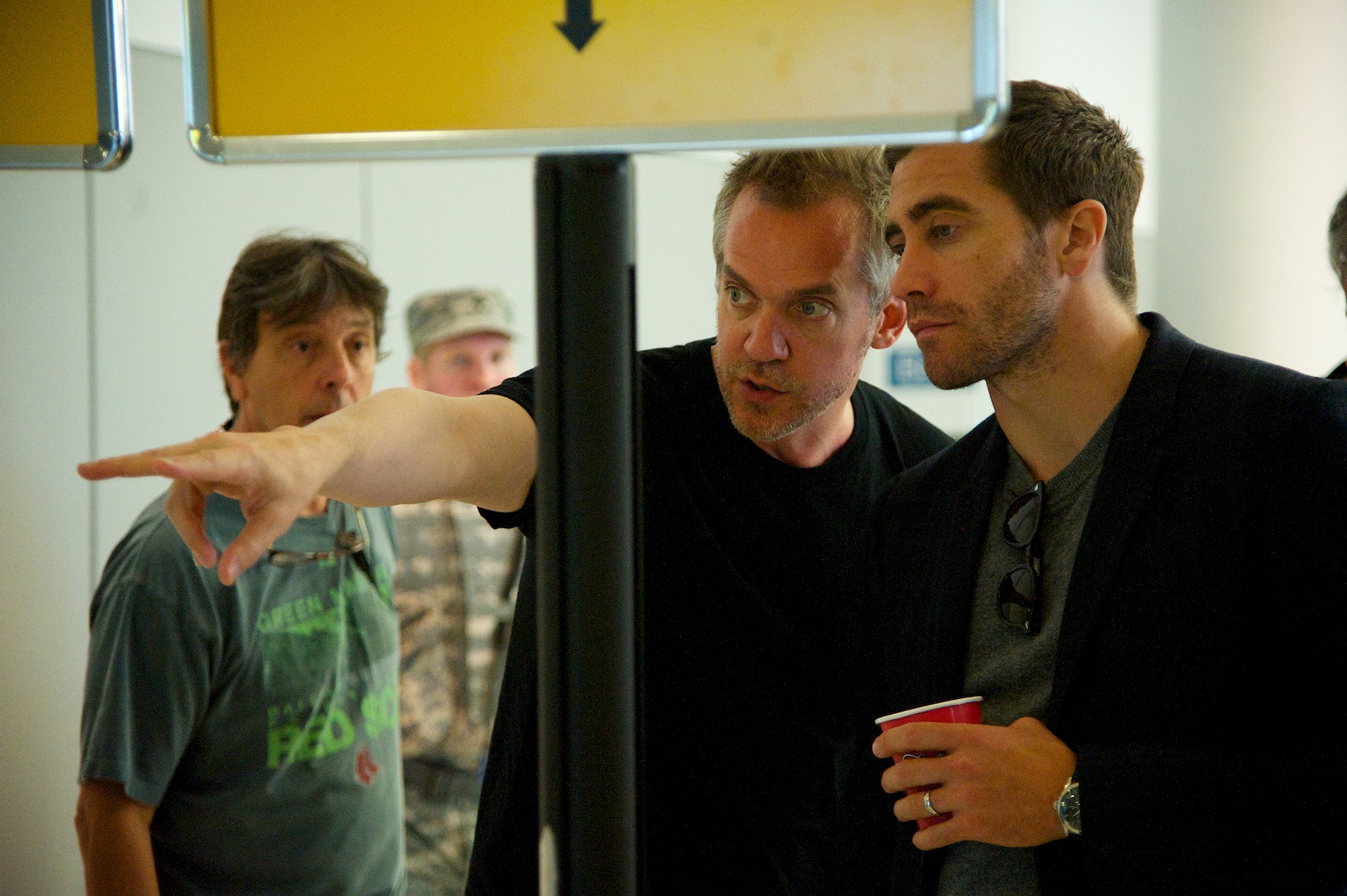 Vallée was married to actor and writer Chantal Cadieux from 1990 to 2006. They had two sons together. Alex Vallée became an actor. He has appeared in several Quebec TV series, as well as in Ken Scott’s box-office hit Starbuck (2011). Émile Vallée, became an editor. He received an Emmy Award nomination with his father for their work on Sharp Objects.

Jean-Marc Vallée died suddenly of a heart attack at his cottage outside Quebec City on Christmas Day 2021. His death at the age of 58, announced the following day after his body was discovered, sent shockwaves through the film industries in Canada and Hollywood. In a guest column for the Hollywood Reporter published days after Vallée’s death, Denis Villeneuve called Vallée “a beacon. The one who showed us the way…. He was a much-needed wind of fresh air in a sometimes lethargic cinematic landscape. He was a man of no compromises. He aimed for emotional truth and life’s authenticity…. He loved humanity, not looking for its redemption nor evolution but embracing its condition.” 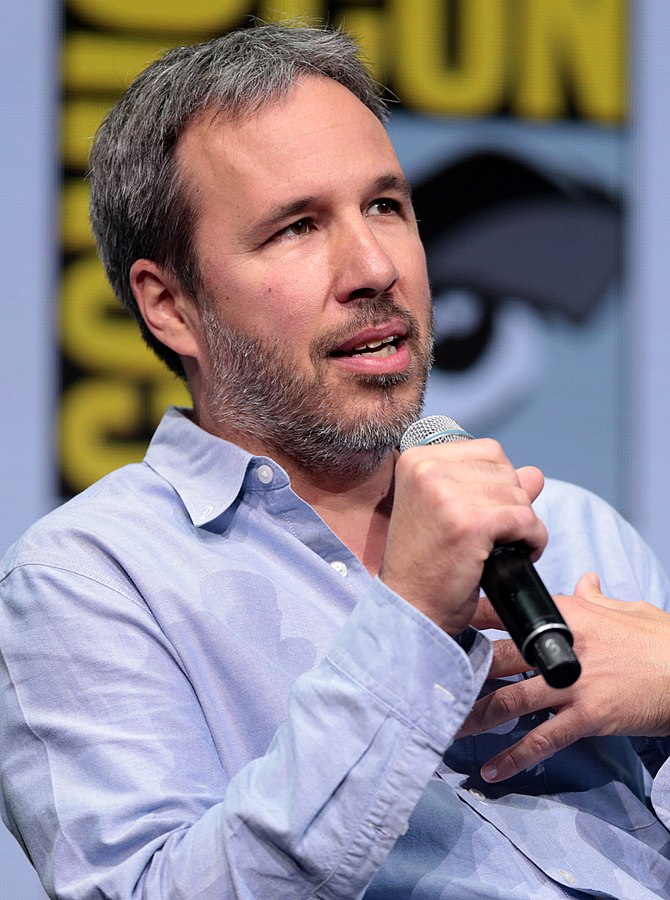 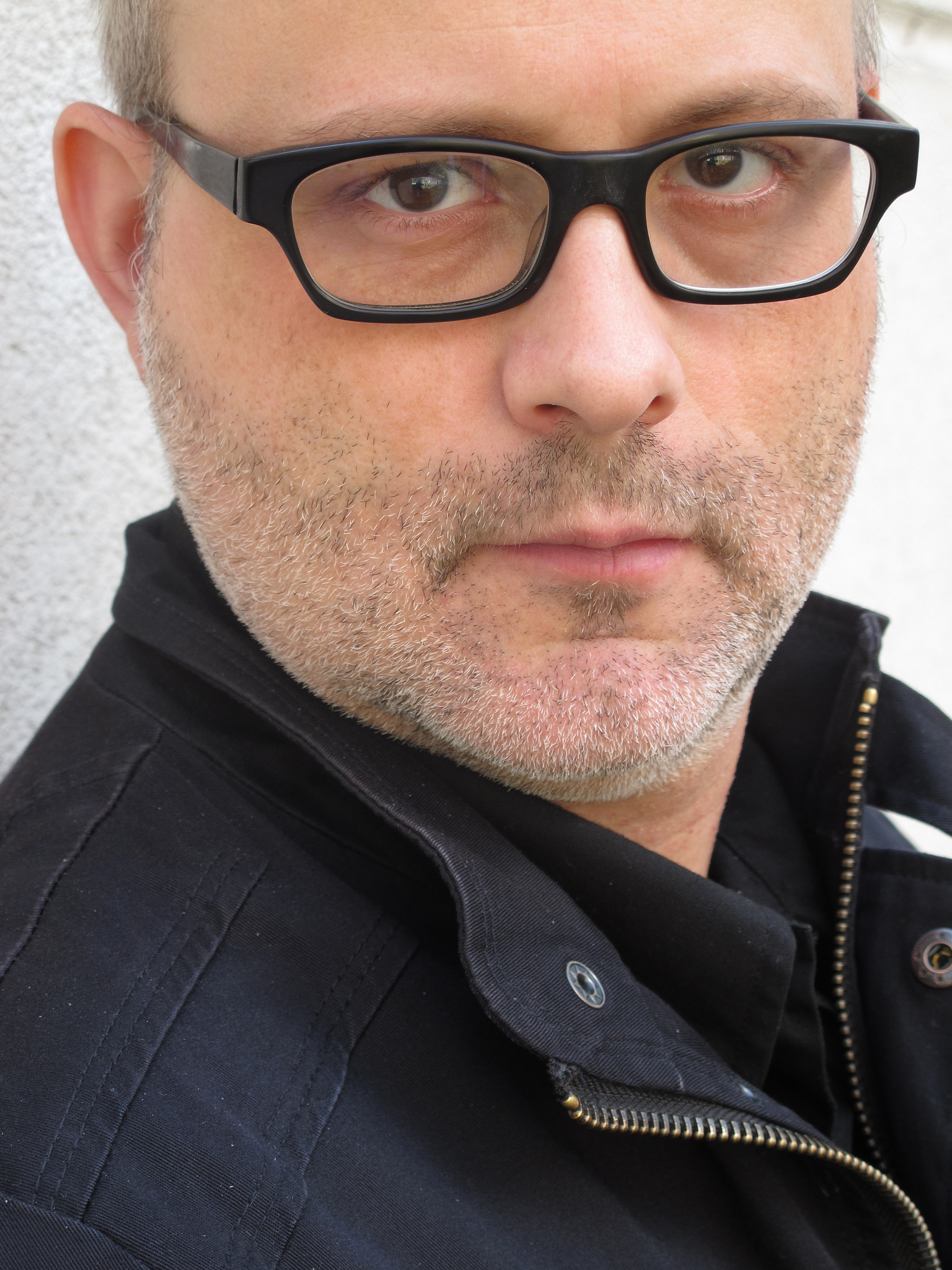 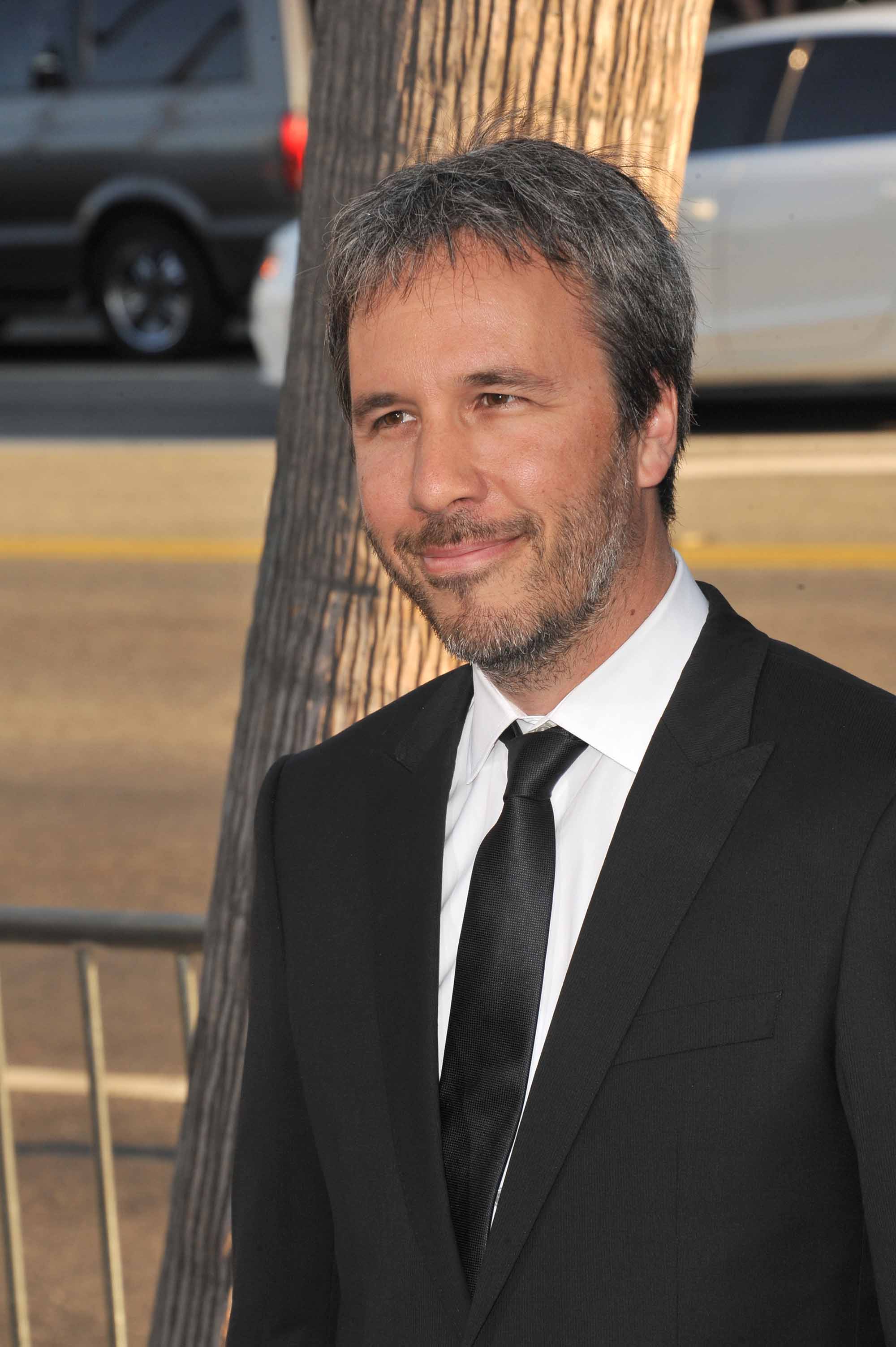