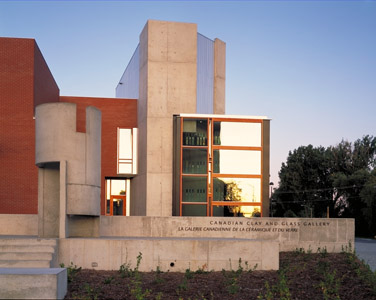 Waterloo, Ont. Designed by John and Patricia Patkau whose firm gained an international reputation for the care and sensitivity they brought to the design of small- to medium-sized projects (photo by Steven Evans). 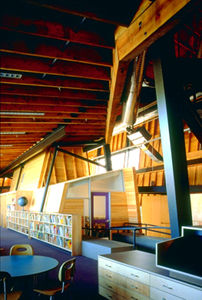 John and Patricia Patkau, CM, architects (John born 18 August 1947 in Winnipeg, MB; Patricia born 25 February 1950 in Winnipeg). Recipients of numerous Governor General’s Medals in Architecture, and both Members of the Order of Canada, John and Patricia Patkau, and their firm Patkau Architects have an international reputation for major institutional projects such as museums and libraries, as well as smaller, more intimate works.

Together they founded Patkau Architects in Edmonton in 1978, then moved the firm to Vancouver in 1984. Michael Cunningham, who joined the Patkaus in 1989, became the third principal in 1995, remaining with the firm until 2010. In 1997, Cunningham received the Canada Council for the Arts Ronald J. Thom Award for early design achievement.

The Patkau firm quickly gained an international reputation for the care and sensitivity it brought to the design of small- to medium-sized projects, and for its readiness to use form and materials adventurously in response to particular conditions of site and program presented by each project. While the Patkaus refuse simplistic labels for architecture as art, as green, as political position, as social construct, they continue to attempt to gather all of these into the rich, complex and vital depths they believe architecture holds.

Evident from the first in such works as the Galleria Condominium (Edmonton, AB, 1978), the exceptional design quality of the Canadian Clay and Glass Gallery (Waterloo, ON, 1988), Seabird Island School (Agassiz, BC, 1988), the Barnes House (Nanaimo, BC, 1992) and the Newton Library (Surrey, BC, 1992) has confirmed their professional standing. Widely recognized, they have received larger and more prestigious commissions, notably the Bibliothèque nationale du Québec. Other commissions include a major expansion of Winnipeg's Centennial Library and the College House development study for the University of Pennsylvania. Recent projects include the cliffside Tula House (2014) on British Columbia’s remote Quadra Island, which won the Governor General’s Medal in Architecture, and the Audain Art Museum (2015) in Whistler, BC, a building designed to house Michael Audain’s extensive personal art collections, which include the world’s premiere collection of First Nations masks. An ongoing project is the design of the Temple of Light for the Yasodhara Ashram near Vancouver. 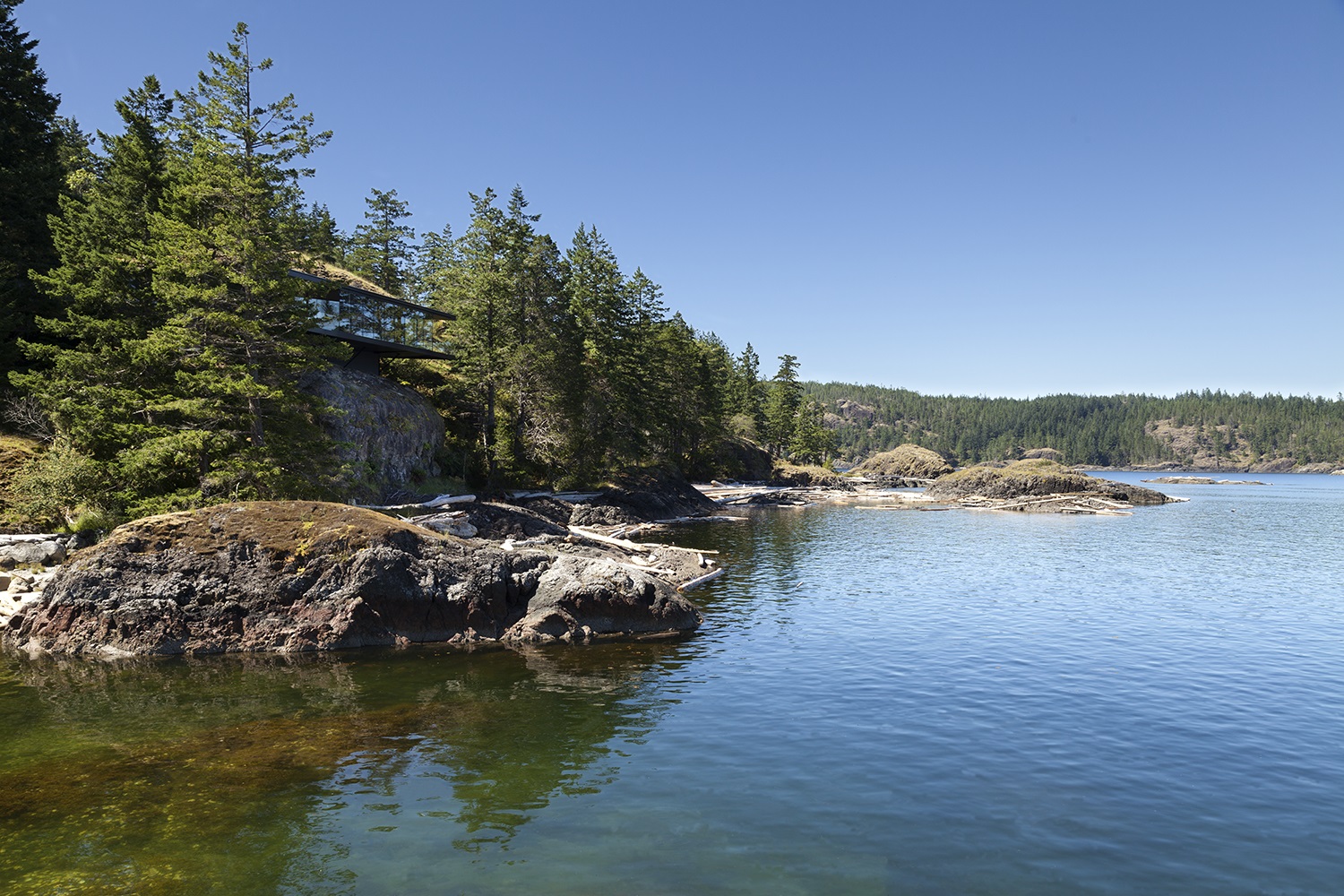 View of Tula House from the water. 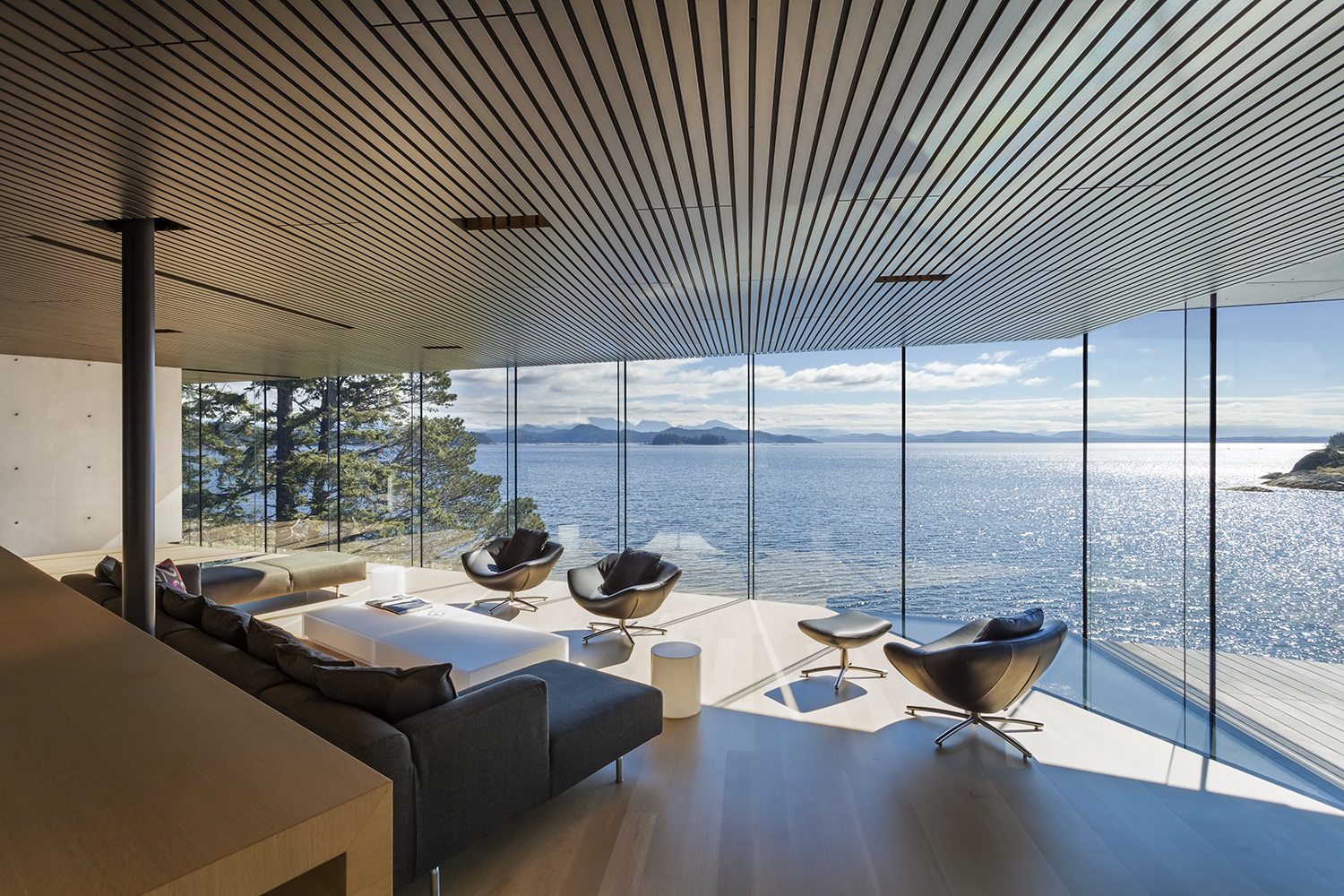 The firm has received numerous awards for its work, including several Governor General's Medals and awards from the Royal Architectural Institute of Canada and the American Institute of Architects. Among these are the Governor General's Medal for Architecture in 1986 for the Pyrch Residence, Victoria; a medal in 1990 for the Appleton Residence, Victoria; a medal in 1992 for Seabird Island School, BC; a medal in 1994 for the Newton Library, Surrey, BC; a medal in 2010 for the Grande Bibliothèque du Québec in Montréal (the province’s national library); a medal in 2012 for Linear House on Salt Spring Island, BC; and a medal in 2014 for Tula House on Quadra Island in the Strait of Georgia, BC. In 2007, a Lieutenant-Governor of British Columbia Medal of Excellence in Architecture was awarded to Patkau Architects for the Winnipeg Library Addition. Published recognition has ranged from the international architectural press to newspapers including The Independent in London and The Scotsman in Edinburgh.

John and Patricia Patkau have taught and lectured extensively in Canada, the United States and Europe. They were appointed Members of the Order of Canada in May 2004.