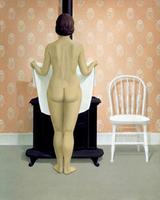 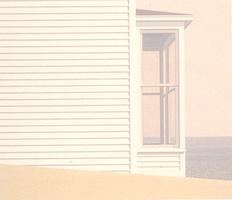 John Christopher Pratt, painter, printmaker (b at St John's 9 Dec 1935). He was encouraged by his wife Mary PRATT to study at the Glasgow School of Art (1957-59) and at Mount Allison (1959-61), where he worked with Alex COLVILLE. He then taught at Memorial before deciding to paint full time in 1963. He is well known for his studies with typically settings, purged of all extraneous detail. He focuses on images drawn from recollection. Through Pratt's eyes, Newfoundland resembles another country; it is a stark land of sharp contrasts. His architectural studies are equally and lacking in sentimentality. All his work projects a mood of aloneness and stark, austere beauty, the simple facts of life.

Pratt's figure subjects suggest the same hauntingly remote but sturdy reality. Sometimes their shy sensualism can be disturbing in the midst of Pratt's focus on a quiet existence. Along with Colville he is one of the greatest classicists of contemporary Canadian PAINTING. A major retrospective of the artist's work toured Canada in 1986.