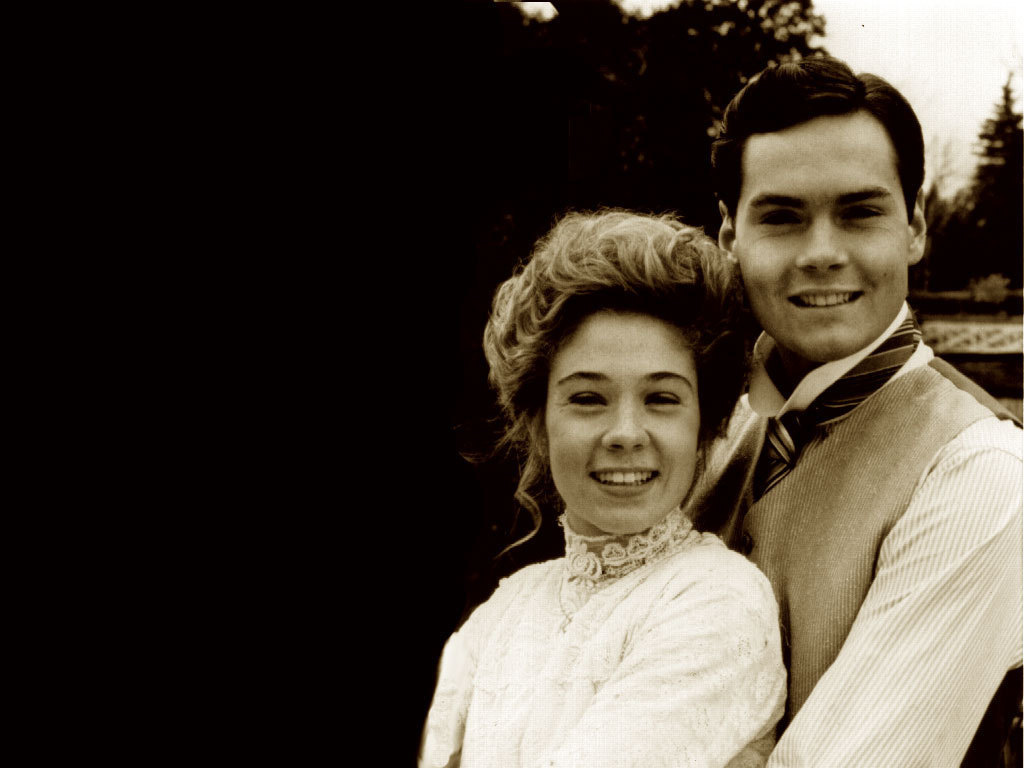 Jonathan Crombie, actor (born 12 October 1966 in Toronto, ON; died 15 April 2015 in New York, New York). Charismatic character actor Jonathan Crombie performed on stage and screen, including the lead in the Broadway production of The Drowsy Chaperone. He was perhaps best known as iconic boy-next-door Gilbert Blythe in the wildly successful CBC TV adaptation of Anne of Green Gables. He died suddenly from a brain hemorrhage in 2015 at age 48.

Crombie lived a public life from childhood. His father, David Crombie, served as mayor of Toronto (1973–78) and as a Member of Parliament with the Progressive Conservatives (1978–88). Jonathan showed a passion for performing early in his childhood. “I would dance around the living room and sing,” he said in an interview with the Toronto Star. “My Fisher-Price toys, instead of playing Big Jim or GI Joe, [would] dance to Broadway music.”

Crombie’s mother, Shirley, introduced him to theatre, which he studied with his two older sisters. He pursued acting while attending Lawrence Park Collegiate Institute, and got his professional break during his school’s production of The Wizard of Oz when he was discovered by casting director Diane Polley (mother of Sarah Polley).

Polley cast Crombie in A Judgement in Stone (1986), the film she was originally scouting, but also championed him for the part of Gilbert Blythe in CBC TV’s adaptation of Lucy Maud Montgomery’s Anne of Green Gables(1985). Polley convinced producer Kevin Sullivan to let Crombie read for the part. They agreed he was the perfect Gilbert and cast him opposite Megan Follows as the iconic Anne Shirley. 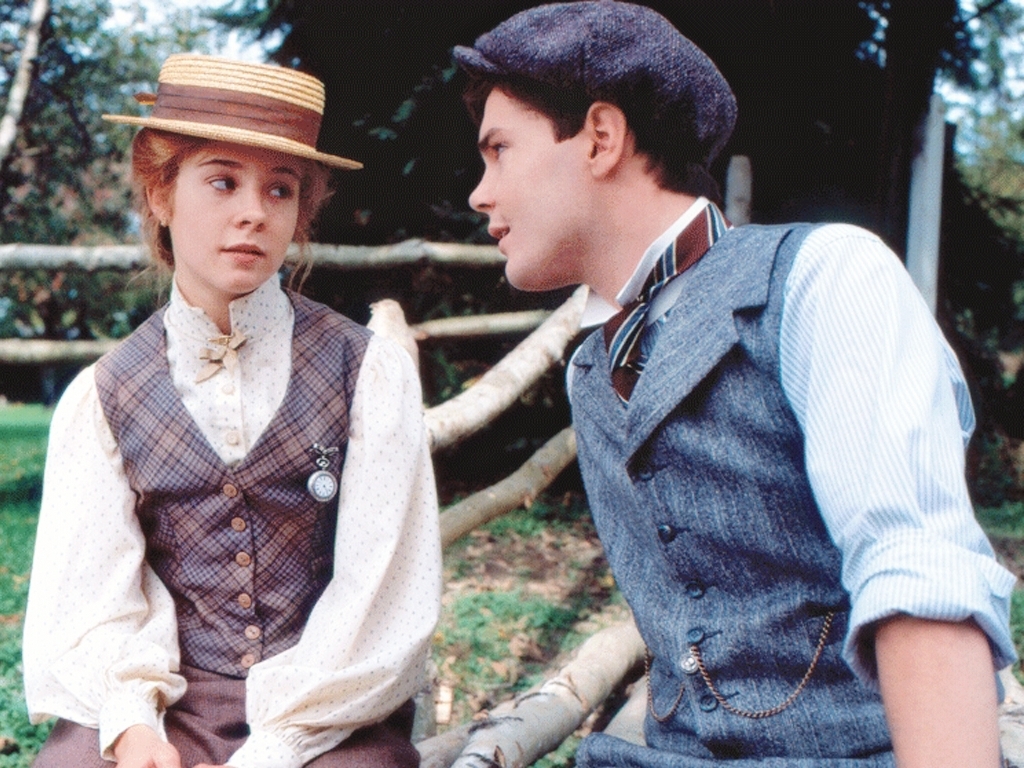 The record-setting mini-series, which drew the single largest audience in CBC history, went on to win an Emmy Award and 10 Gemini Awards, and Crombie became an icon as audiences fell in love with his boy-next-door image. Chatelaine favoured his Gilbert to Montgomery’s, saying, “it’s Crombie’s Gilbert that we fell in love with: his winks and longing gazes, his soft voice and brown curls, and his uncanny ability to pull off suspenders and hats.” The Los Angeles Times called him a “heartthrob for bookish adolescent girls who identified with plucky Anne.” Crombie reprised the role in Anne of Green Gables: The Sequel (1987) — which set another ratings record in Canada with 5.4 million viewers — as well as in a 1992 episode of the CBC TV series Road to Avonlea and the TV movie Anne of Green Gables: The Continuing Story (2000).

Crombie appeared in additional screen credits, although no role afforded the same level of fame as Gilbert. His television work included: the CTV series Mount Royal (1988); FOX’s 21 Jump Street (1991); the stand-up comedy series Comedy Now! (1998), as part of the group Skippy’s Rangers; the Gemini-winning series Power Play (1999–2000) alongside Michael Riley, Gordon Pinsent and Don Cherry; the Gemini-winning hit series Slings and Arrows (2003–05) opposite Paul Gross and Rachel McAdams; the animated series The Life of Benjamin Bear (2004–10); and CBS’s The Good Wife (2015). His film credits included the thriller Bullies (1986), directed by Paul Lynch, and The Jeweller’s Shop (1989) opposite Burt Lancaster.

Crombie’s screen roles made him famous, but his passion was for the theatre. He worked frequently in theatre and comedy with peers from his school days, including Don McKellar, Bob Martin and Lisa Lambert. Their work in Skippy’s Rangers emphasized old-fashioned satire and good-humoured escapism.

Crombie acted professionally while attending the University of Toronto’s Victoria College, including four seasons at the Stratford Shakespeare Festival. A review in the Globe and Mail called his performance as Antipholus of Ephesus in The Comedy of Errors a delight every time he took the stage. He received a Dora Award nomination for his work in the 1997 Canadian Stage production of Tom Stoppard’s Arcadia, and played Gangster 2 in Lambert, Martin and McKellar’s original 1999 Toronto Fringe Festival production of The Drowsy Chaperone, which later evolved into a successful Tony Award-winning Broadway production.

After acting in Artword Theatre’s This Could Be Love (2003) and Tarragon Theatre’s The Dishwashers (2005), Crombie made his Broadway debut in the 2007 production of The Drowsy Chaperone when he replaced Bob Martin as The Man in the Chair. Crombie brought his signature charisma to the role, with the NWI Times describing his performance as “charmingly played” and “irrepressibly optimistic.” In a 2010 interview, Crombie said, “The character itself is the sort of person who grew up listening to musicals. So a lot of his imagination, and a lot of the way he looked at the world, was filtered through musicals, listening to all the magic that those musicals create.” Crombie, who grew up on musicals himself, considered The Man in the Chair his favourite role.

A self-described “Canadian boy that went down to New York,” Crombie lived modestly and travelled by bus whenever he returned to Toronto. His later work included the horror/comedy film Cottage Country (2013), and stage performances such as Freud’s Last Session (2014) and Benediction (2015), in which he played a dual role. His final role was as co-director, writer and producer of the documentary Waiting for Ishtar, which explores the cult phenomenon behind Elaine May’s notorious 1987 flop, Ishtar. Crombie died suddenly at age 48 after suffering a brain hemorrhage in New York before the film was completed.