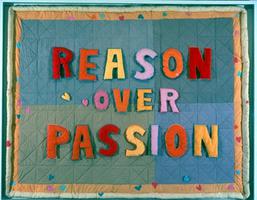 Joyce Wieland, OC, artist, filmmaker (born 30 June 1931 in Toronto, ON; died 27 June 1998 in Toronto). A pioneering feminist artist and the first woman to receive a solo exhibition at the National Gallery of Canada and the Art Gallery of Ontario, Joyce Wieland was a prominent and influential figure in the Canadian art scene from the 1960s to the 1980s.

Joyce Wieland studied at Central Technical School in Toronto, where she initially studied fashion design. It was at Central Tech that Wieland studied with legendary Toronto painter Doris McCarthy, who supported her art and sense of independence and became her first role model as an artist. After graduating in 1948, Wieland worked as a graphic designer, made art in her studio in downtown Toronto and traveled to Europe. She eventually took a job at the animated and commercial film studio Graphic Associates, where she met her future husband, the artist Michael Snow. Wieland and Snow were married in 1956.

Wieland participated in group shows through the 1950s, but it was not until 1960 that she was given her first solo exhibition of paintings at the Isaacs Gallery, Toronto. There she showed paintings in an abstract expressionist genre as well as drawings and cartoons and later her constructions.

From 1962 to 1971, Wieland and Snow lived in New York. While in New York, she continued to paint but also expanded into assemblages using various materials and other mixed media work. Stranger in Town (1963), for instance, has strips of cloth affixed to a dark burgundy ground, a white cartoon bubble with “Howdy Stranger!” written high on the canvas. Alluding to and implicitly critiquing the idea of “women’s work,” Reason over Passion (1968) is a soft quilt, the phrase “reason over passion” sewn into its middle, hearts floating at its edges. Wieland’s work during this period was sensitive both to the aesthetic trends in New York, such as pop art and conceptual art, and to the political and cultural issues of the era: the war in Vietnam, feminism, and environmentalism.

While in New York, she became an important figure in the experimental film world with such award-winning films as Rat Life and Diet in North America (1968) and La Raison avant la passion (1967–69). Like fellow Canadian painter Jack Chambers, who also made important experimental films, Wieland’s films are not divorced from her other artistic activities; they are concerned with, among other things, the materials with which they are made and the ways in which images are created and framed. Wieland later became widely known for her feature-length film The Far Shore (1976), a feminist re-imagining of the story of Tom Thomson.

In 1971, Wieland was granted a major solo exhibition titled True Patriot Love at the National Gallery of Canada. This was the National Gallery’s first major exhibition devoted to the work of a living Canadian woman artist, and featured some of Wieland’s best-known works, such as The Spirit of Canada Suckles the French and English Beavers (1970–1971) and O Canada (1970), an image of lips singing the national anthem. Shortly after the National Gallery exhibit, Wieland and Snow returned to Canada and lived in Toronto – Wieland, for whom activist art and work had become increasingly important, felt she could not effectively engage in such work while in the United States. Wieland and Snow’s marriage dissolved in the late 1970s.

By the 1980s, Wieland had moved away from politics and returned to painting, creating bright, aggressively painterly works whose themes were by turns sexual and spiritual. In April 1987, the Art Gallery of Ontario mounted a major travelling exhibition of Wieland's work, its first retrospective of a living Canadian woman artist. In September 1987, Wieland was awarded the Toronto Arts Foundation's Visual Arts Award. Later solo exhibitions included shows at Canada House in London, England (1988), McMaster University Art Gallery in Hamilton, Ontario (1990) and the Agnes Etherington Art Centre in Kingston, Ontario (1994-95).

Passionately concerned with the aesthetic perspective of the woman artist, Wieland drew inspiration from Canadian history, politics and ecology. Her search led her to challenge the dominance of painting and the traditional materials of high art through the use of domestic and craft materials. Challenging accepted hierarchies, her works included not only painting, lithography, collage and film, but also cartoons, embroidery, knitting, quilting, and, for True Patriot Love, an exquisitely decorated cake. In her fabric work and in her films, Wieland made use of female imagery but also the materials that women employ in their daily lives. She also explored models of collaboration and collective creation. In later paintings, Wieland turned to visionary landscape and figurative imagery.

Wieland’s commissions included the 1972 Canada Post office commission for a World Health Day stamp; Defend the Earth/Défendez la terre, a quilted wall mural for the National Science Library, Ottawa (1972-73); the quilted cloth assemblage, Barren Ground Caribou, for the Spadina Subway, Toronto (1977-78); Celebration, a Cineplex Odeon Mural Commission for Toronto's Pantages Theatre (1987); and The Ocean of Love, commissioned for Via Rail's transcontinental train (1990). Joyce Wieland was a member of the Royal Canadian Academy of Arts and was made an Officer of the Order of Canada in 1982.