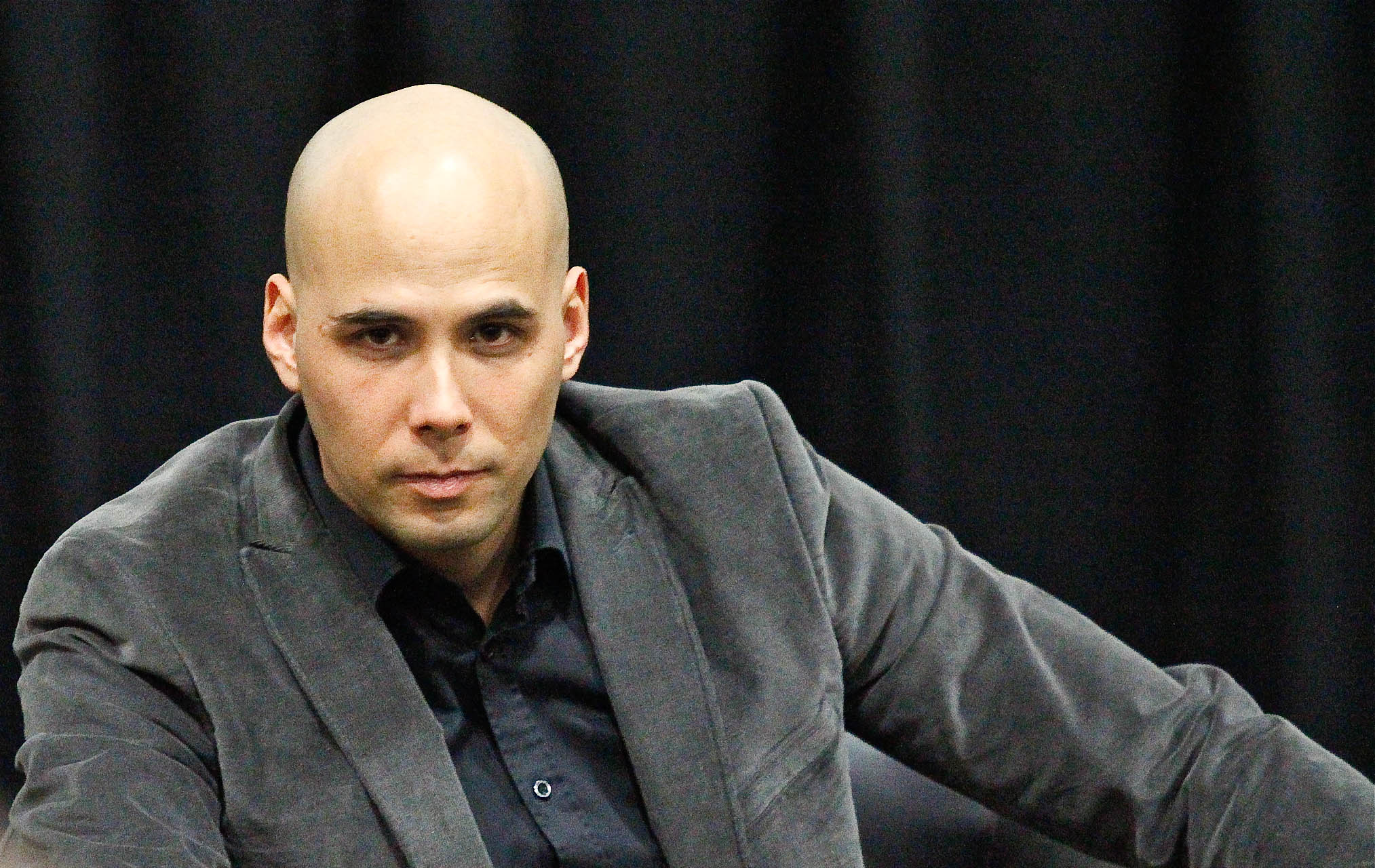 The son of a Québécois mother and an engineer father who emigrated from Vietnam, Nguyen (pronounced “win”) pursued film studies at Concordia University and earned a master's degree in cinematography from the Université de Montréal. Fascinated with writing screenplays, he also trained as a screenwriter while developing his knowledge of standard and digital photography.

His first full length feature, Le Marais (2002), is a fantasy fable set in a mythical European village in which two outcasts settle near a swamp haunted by devilish creatures. Nguyen and cinematographer Daniel Vincelette shot the film on 35mm and digitally added special effects in a post-production process performed in Nguyen’s basement. Though it was little-seen outside Québec, Le Marais received glowing reviews and established Nguyen as a filmmaker with a strong visual style and a flair for fantasy, an uncommon genre in Québec cinema. The film went on to garner nominations for six Jutra Awards, including best film and best director.

After directing an episode of the popular Radio-Canada mini-series La Chambre no 13 (2005), a thriller about a mysterious hotel room that alters the destiny of the people who stay there, Nguyen wrote, directed and produced Truffe (2008), a black comedy that satirizes global warming and contemporary consumer society. A kind of love letter to 1950s B-movies and Jacques Tati comedies, the low-budget black-and-white film follows a Montréal neighbourhood as it finds itself overgrown with truffles, much to the delight of a local restaurant owner (Roy Dupuis). An uneven mix of dark, gloomy sci-fi and wacky, off-beat humour, Truffe boasts some original ideas and a sophisticated, atmospheric visual style. It opened Montreal’s Fantasia International Film Festival and went on to win awards at the Karlovy Vary Fresh Film Fest and the Fantastic Fest in Austin, Texas.

Nguyen followed this with La Cité (2010), an ambitious historical adventure set in late-19th century Africa about a doctor (French star Jean-Marc Barr) who tries to save a village stricken by madness and the plague. Working with his biggest budget to date, Nguyen shot the film in early 2008, only to see it shelved by Christal Films due to the company’s financial difficulties. Acquired by Seville Pictures in 2009 and finally released in 2010, La Cité bombed at the box office in Québec and was released straight to DVD in other territories.

Speaking about the film in a 2013 interview with La Presse, Nguyen said, “I wasn’t able to impose my vision. The film was co-produced with [companies from] Switzerland and Tunisia, and there were too many players, too many differing opinions. We lost track along the way. I take full responsibility, though. I should have exercised more authority… In my career as a filmmaker, La Cite still holds an important place because it allowed me to learn from my mistakes, and then move on to Rebelle.”

Shot in the Democratic Republic of Congo and released in 2012, Rebelle/War Witch follows the terrifying journey of a child soldier in sub-Saharan Africa as she tells her life story to her unborn child. A harrowing yet poignant film that neither sentimentalizes nor sensationalizes its subject matter, Rebelle premiered at the Berlin International Film Festival, where it was hailed by critics and audiences alike. Variety praised Nguyen for the film’s “maturity, panache and emotional marksmanship,” and for finding “a canny way to dovetail the different strands of his imagination, such as the fascination with Africa explored in his period war film La Cite, and the interest in the supernatural on display in The Marsh and Truffe.”

Rebelle received a special jury mention and the best actress award for Rachel Mwanza at Berlin, and went on to win the Best Actress and Best Narrative Feature awards at the Tribeca Film Festival. It received an Oscar nomination for Best Foreign Language Film, an Independent Spirit Award nomination for Best International Film and the Luc Perreault/La Presse Prize from the Québec Association of Film Critics for best Québec film. It also won 10 Canadian Screen Awards and eight Jutra Awards, including trophies at both galas for best film, best director and best screenplay.