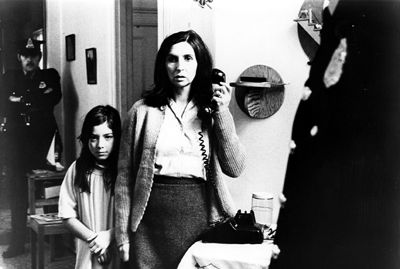 During the October Crisis of 1970, the abduction of Québec labour minister Pierre Laporte and British diplomat James Cross by factions of the terrorist group the Front de libération du Québec (FLQ) prompted Prime Minister Pierre Elliott Trudeau to proclaim theWar Measures Act, which suspended all normal civil and legal procedures, and gave the government unlimited emergency powers. Overnight, Montréal was under siege by the Canadian Army, and over 450 people were apprehended and jailed without just cause.

After interviewing 50 people who were detained, director Michel Brault used their experiences to construct composite characters to convey what happened to them during the crisis. Shot in the signature direct-cinema documentary style that Brault played a central role in developing, the film has the look and feel of a documentary but directly announces that it is not; the actors introduce themselves by name before going into character to recount the experiences of people who were arrested. Scenes based on actuality are shot in black and white, while those that are fictionalized are filmed in colour.

The film’s politically sensitive subject matter made it difficult to finance. Despite initial encouragement from the National Film Board’s director of production Pierre Gauvreau, the NFB rejected the project in May 1971. The Canadian Film Development Corporation (CFDC, now Telefilm Canada) also turned it down before approving a fourth draft of the screenplay in 1973 and agreeing to finance part of the film’s $250,000 budget. At the time of the film’s release, Brault stated that he did not set out to make a film about the October Crisis per se, but rather “a film about humiliation.”

Les Ordres tells the story of five people who are snatched from their daily lives, interrogated, imprisoned and harassed without explanation other than the police’s routine answer: “We’ve got orders.” Not knowing why they are incarcerated, when they will be released or what is happening to their loved ones, the characters live in a constant state of mental anguish. Even their liberation after several days of imprisonment remains unexplained, denying them the basic solace of resolving this dreadful chapter of their lives.

Combining fiction and documentary, interviews and re-enactments, Brault draws a complex picture of one of the most traumatic events in Québec history. Les Ordres conveys the experience of utter humiliation suffered by characters who are imprisoned without just cause, and mentally and physically tortured by petty officials during their incarceration. By showing his characters torn from their homes, strip-searched, thrown into solitary confinement, deprived of proper food for days, and victimized by cruel pranks such as fake executions, Brault relentlessly exposes the inhuman mechanisms of oppression deployed at the time.

The film ultimately serves as a condemnation of unseen power structures. As Hot Docs Film Festival programmer Michelle Latimer has written, “Brault’s masterpiece captures the terror of the victims and is a revealing examination of political oppression and the deterioration of democracy. The script… communicates the fear and humiliation experienced when power is exploited.” As difficult to watch as it is rewarding to analyse, Les Ordres stands out as one of the most arresting viewing experiences in Canadian film history. 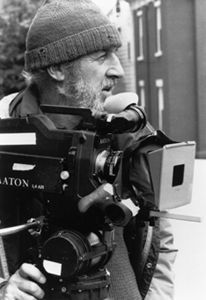 Following the film’s release in the fall of 1974, Québec-Presse film critic Robert Lévesque called it “the first true masterpiece of Québec cinema,” an opinion that was widely shared. Les Ordres also became the first film to win the annual Critics Award from the Québec Association of Film Critics. The film was not without its critics, however. In a 1974 issue of Cinéma Québec, FLQ member Pierre Vallières called the film “politically and morally unacceptable” due to the way it “totally uproots the drama from the causes and their true context.” He criticized Brault for not including the names of James Cross, Pierre Laporte and the victims themselves, and for de-politicizing the reality of the crisis “in favour of a Kafkaesque melodrama in which the actors are struggling helplessly in the absolute mystery of their oppression.”

After winning four Canadian Film Awards in the fall of 1974, Les Ordres screened in competition at the Cannes Film festival, where Michel Brault became the first (and only) Canadian to win the prize for best director. Les Ordres was named one of the Top 10 Canadian films of all time in polls conducted by the Toronto International Film Festival in 1984, 1993, 2004 and 2015, and is considered one of the major works of Québec cinema. In 1996, it was one of 10 films honoured with postage stamps by Canada Post to commemorate 100 years of cinema in Canada. In 2016, it was named one of 150 essential works in Canadian cinema history by a poll of 200 media professionals conducted by TIFF, Library and Archives Canada, the Cinémathèque québécoise and The Cinematheque in Vancouver in anticipation of the Canada 150 celebrations in 2017.