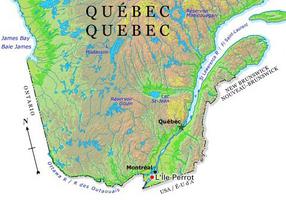 L'Île-Perrot, Qué, Town, pop 9927 (2006c), 9375 (2001c), inc 1955. L'Île-Perrot is one of 4 municipal entities to be found on Île Perrot, the island separating Lac des Deux-Montagnes and the Ottawa River from the ST LAWRENCE RIVER proper. The 3 other municipalities are Terrasse-Vaudreuil, PINCOURT and Notre-Dame-de-l'Île-Perrot. Connected by bridge to Île de Montréal since 1925, L'Île-Perrot is a residential suburb of MONTRÉAL, which is about 40 km to the east.

First set up as the parish municipality of Sainte-Jeanne-Chantal-de-l'Isle-Perrot in 1855, the name was changed to L'Île-Perrot in 1946. The name Perrot refers to François-Marie Perrot (1644-91), a captain in the Picardie Regiment and a governor of Montréal (1670) to whom was granted the island seigneury in 1672.