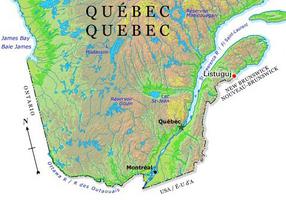 Listuguj, Qué, Indian Reserve, pop 1475 (2006c), 1442 (2001c). Listuguj is located on the Gaspé Peninsula at the mouth of Restigouche River. A bridge links it to Campbellton, NB. Before the Europeans arrived, the Gaspé and present-day northeastern New Brunswick belonged to the Mi'kmaq, an Algonquian family of hunters and fishers. Formerly called Restigouche, in 1994 the community changed its name to its Mi'kmaq spelling. The meaning of the word is unclear.

In the 1750s the Acadians began to settle the area, and, on 8 July 1760, Listuguj was the site of the last battle between the French and British during the Seven Years' War (see Restigouche, Battle of). The French lost 3 ships during that battle to the superior military tactics of the British. Now a national historic site, Parks Canada has developed an interpretation centre around the French ship Le Machault, which sank during the battle.

After European colonization, the Mi'kmaq territory gradually diminished to the size of the present reserve. A mission dedicated to St Anne was built in 1745 and served by the Capuchin order. One member, Father Pacifique (Henri Buisson d'Valigny, 1863-1943), produced the Gospels and a dictionary in the Mi'kmaq language.