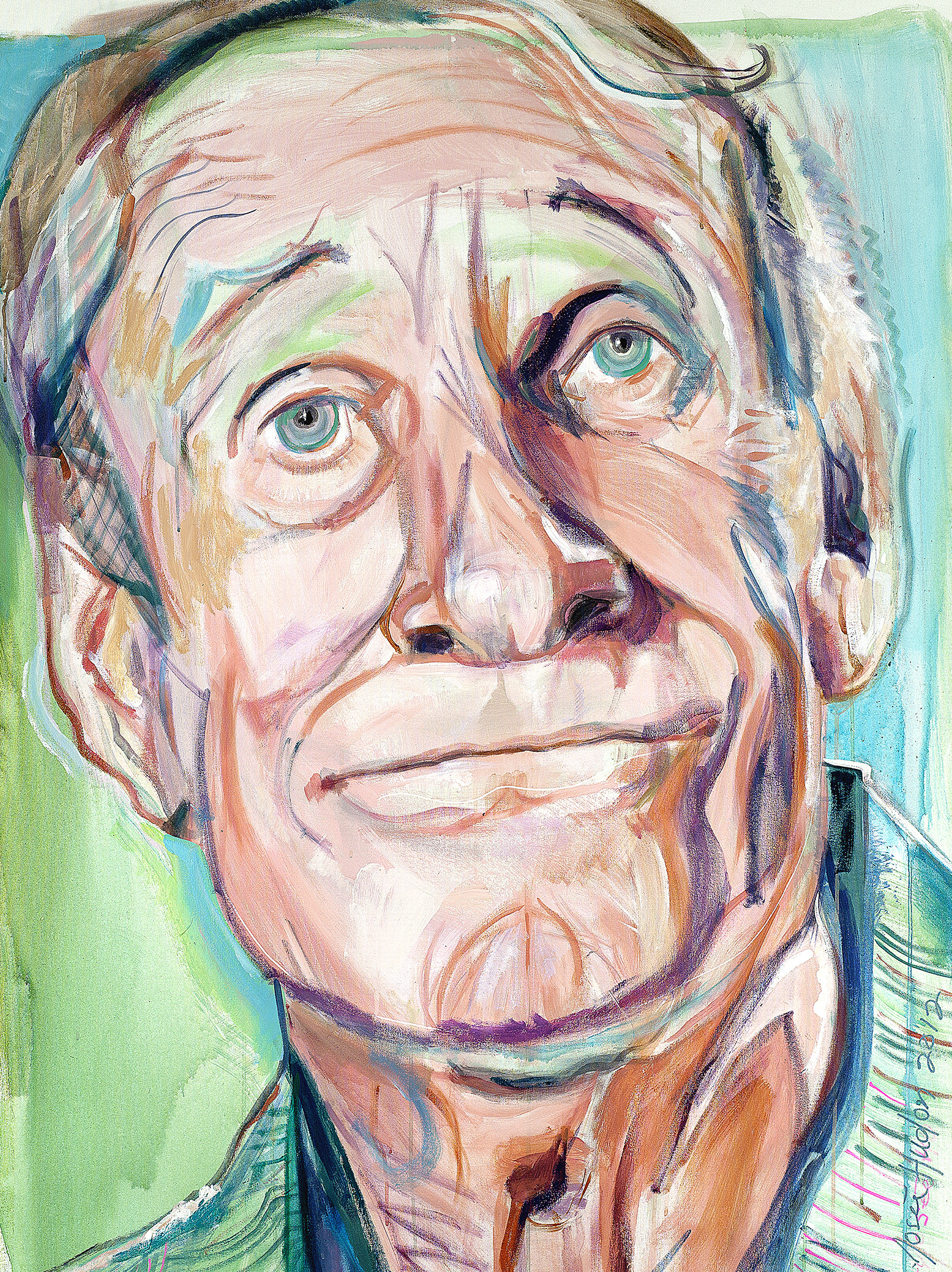 Marc Favreau, author, actor and stand-up comedian (born 9 November 1929 in Montréal, QC; died 17 December 2005 in Montréal). The career of this friendly comedian is intertwined with that of his well-known character Sol, the famous hobo clown and brilliant manipulator of language, whom Favreau created for television and who allowed him to travel across francophone Europe for decades. Knight of the National Order of Québec and officer of the Order of Canada, Marc Favreau was a popular figure for several generations of Québécois. He carved a place for himself among the great comedians and stage artists.

Education of a Hobo Clown

After studying at Académie Querbes in Outremont and at Sir Georges Williams University (later Concordia University), Marc Favreau became involved in commercial design, creating theatre sets. In 1950, he enrolled in the École du Théâtre du Nouveau Monde (TNM) and, two years later, won his first comedy award. He started in the theatre as Pierrot in Molière’s Dom Juan in 1954 at the TNM and received a few radio and television contracts, namely in Le Survenant, in which he played Beau blanc. He left for Paris to complete his theatre training with Jean Valcourt from 1955 to 1957.

In 1958, he created the character Sol for the show Bim et Sol — aired as part of La Boîte à surprise, which later became Sol et Bouton — and later, the unforgettable Sol et Gobelet, a weekly series that he co-wrote and starred in with his partner, Luc Durand. Aired between 1969 and 1972, this children’s show evolved around two of the most absurd and crazy clowns imaginable, left an impression on a generation. Marc Favreau kept his character alive on the stage, where it was a big hit, not only in Québec but also in Europe, especially at the Festival d’Avignon in 1977. Behind his apparent naivety, Sol took a true and penetrating look at the world. Employing wicked wordplay, Favreau used language as a weapon in his works: Les Œufs limpides, Le Fier Monde, Prêtez-moi une oreille à tentative, Faut d’la fuite dans les idées, Le Retour aux souches, Je persifle et singe....

Meanwhile, Favreau pursued a career in theatre, playing Racine, Marivaux (Le Jeu de l’Amour et du Hasard, in the Nouvelle Compagnie Théâtrale in 1966), Murray Shisgall, Dario Fo (Faut jeter la vieille and Les Archanges, at TNM in 1969 and 1970, then Mort accidentelle d’un anarchiste, in Compagnie Jean-Duceppe in 1986), Pavel Kohout (Pauvre assassin at Duceppe in 1980) and Alfred Jarry (Ubu roi in NCT in 1992). He also performed his own play, Comedia dell’Arte, at the NCT in 1971. On television, he appeared in series such as CF-RCK, Les Enquêtes Jobidon, D’Iberville, Symphorien, Les Forges de Saint-Maurice, and in a few dramas.

Favreau received several awards during his career: he was made knight of the National Order of Québec in 1995, knight of the Ordre de la Pléiade in 1997, then officer of the Order of Canada in 2003. He received the Mérite du français dans la culture awarded by the Union des artistes in 1997, the Georges-Émile-Lapalme award from the Government of Québec in 1999, the Prix de la Francophonie from the Société des auteurs dramatiques de Paris in 2000, and the Mérite d’honneur du français en éducation, from the Conseil pédagogique interdisciplinaire du Québec in 2002.