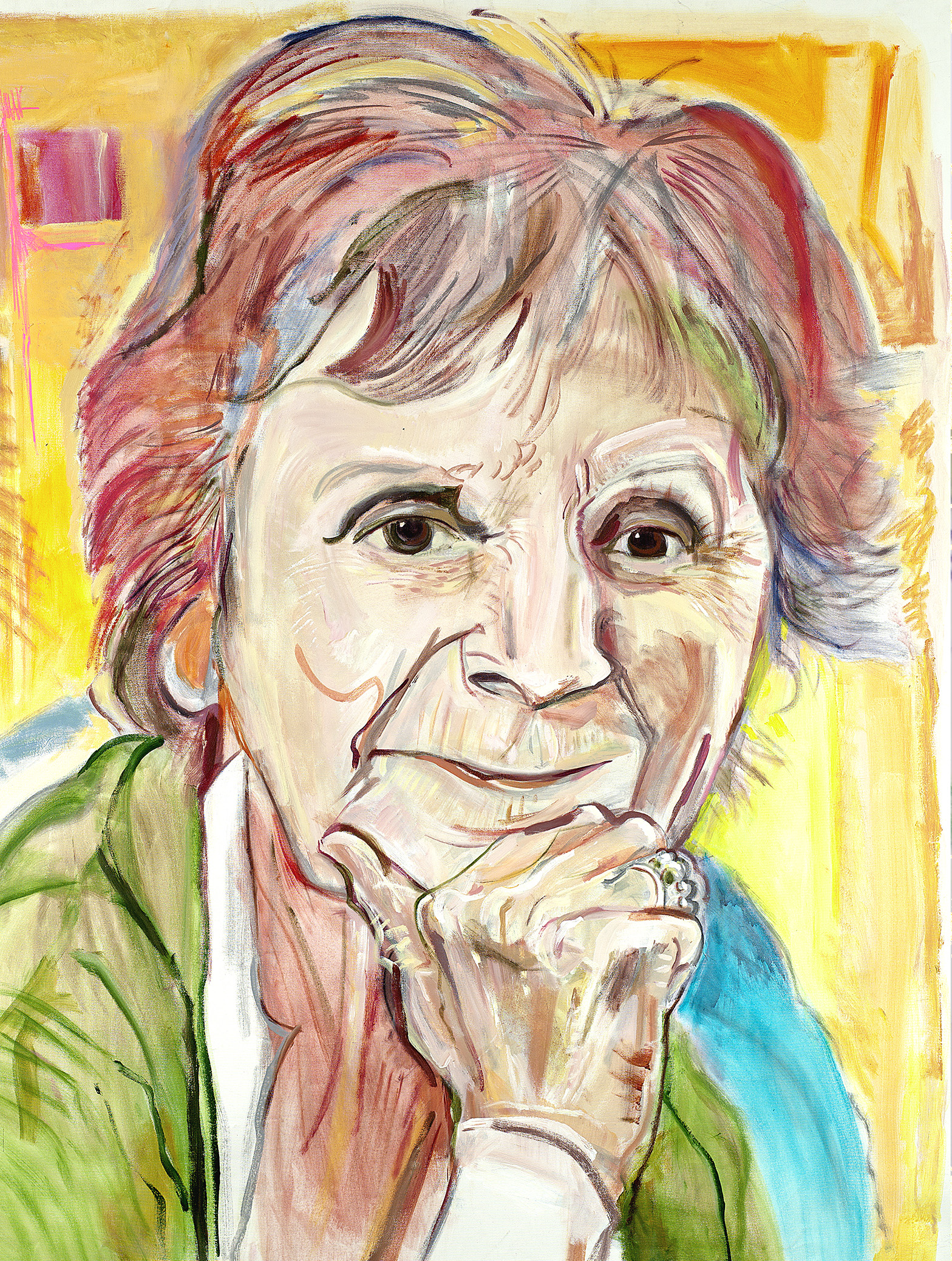 After studying at the École du Meuble in Montreal and the École des beaux-arts in Quebec City, Marcelle Ferron became part of Les Automatistes. She was one of seven women to sign the association’s polemical manifesto, Refus Global, in 1948. Her nonfigurative paintings were hung in all the major Automatiste exhibitions. She lived in Paris from 1953 to 1966 and continued to show in avant-garde exhibitions. She won the Silver Medal at the 1961 Sao Paulo Biennial in Brazil.

Ferron’s paintings became progressively more forceful. Vibrant colours and larger, fluid forms dominated the canvas. Like fellow automatistes Paul-Émile Borduas and Jean-Paul Riopelle, Ferron applied paint to the canvas thickly, with great intensity and straight from the tube, often using a palette knife rather than a brush. In Lascive (1959), for instance, bright white bars of paint push vertically into the foreground, streaking and blurring into horizontal bars of purple and blue. Les barrens (1961), on the other hand, has jagged, congested patches of red, blue, purple and black against a spacious, open white ground.

After 1964, Ferron translated her interest in light into a new medium — stained glass. Examples of her work can be seen in the Champ-de-Mars and Vendôme metro stations in Montreal. Ferron’s Champs-de-Mars window is widely regarded as her masterpiece. It was commissioned in 1966 by the city of Montréal under mayor Jean Drapeau. It was installed in 1968 with the help of master glassworker Aurèle Johnson. The stained glass is 60 m long with a maximum height of 9 m, and extends across three walls of the station’s spacious mezzanine. The piece principally consists of wide, swooping bands of red, blue and green, which dapple the station with coloured light. Johnson restored the window in 1999. 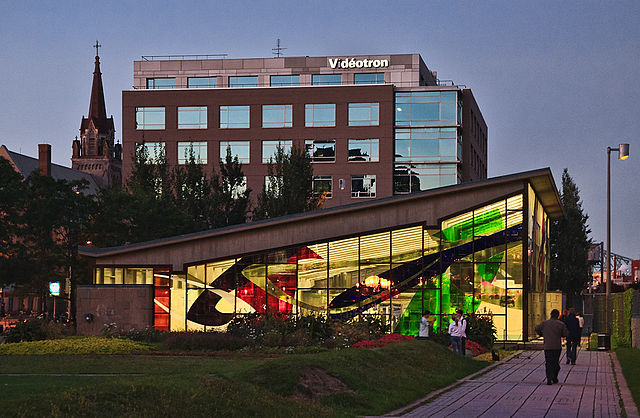 Ferron was an associate professor at Laval University in Quebec City. Her work is represented in many Canadian and foreign collections, including the Musée des Beaux-Arts de Montréal, the Museum of Modern Art in Sao Paulo, the Stedelijk Museum in Amsterdam and the Hirshorn Museum in Washington, DC. The Musée d'art Contemporain in Montreal held a retrospective of her work in 1970, which was also held in Paris at the Canadian Cultural Centre in 1972.

On 7 September 2019, Google honoured Ferron with a “google doodle” to mark the anniversary of the unveiling of her piece at Vendôme station. Alexandra Klein of Google Canada said, “Marcelle Ferron’s public art works breathe life into the city of Montreal. Her incredible legacy of pioneering automatiste art is just one of many Canadian’s movements we work to highlight.” Google also created a map of all of Ferron's art installations.