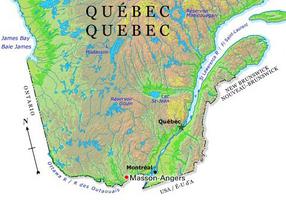 Masson-Angers, Qué, Town, pop 9799 (2001c), 7989 (1996c), 5753 (1991c), area 54.97 km2, inc 1979, is located 30 km from downtown OTTAWA. Masson-Angers straddles Rivière du Lièvre, a tributary of the OTTAWA RIVER. It was incorporated under the name of Masson - in honour of Louis-François Masson (1833-1903), a Québec politician - following the breakup of the amalgamated city of BUCKINGHAM, created in 1975 through the forced merger of Buckingham, Masson, Angers, Buckingham-Sud-Est, Buckingham-Ouest, L'Ange-Gardien and Notre-Dame-de-la-Salette and the township of Buckingham. The new entity, which merged the municipalities of Masson, Angers and Buckingham-Sud-Est, changed its name to Masson-Angers following a 1992 referendum on the subject.

Masson-Angers is both industrial and residential in character. The main employer is the James MacLaren Industries pulp and paper mill, dating back to 1932. Hundreds of residents also work as civil servants for the federal government, commuting daily to and from the Ottawa-Hull area.