Michael Francis Fallon, Roman Catholic bishop (b at Kingston, Canada W 17 May 1867; d at London, Ont 22 Feb 1931). After graduating from the University of Ottawa in 1889, he entered the Congregation of the Oblates of Mary Immaculate, and after studies in Holland and Rome was ordained a priest in 1894. He was professor of English, then vice-rector of U of O before becoming pastor of parishes in Ottawa 1888-1901 and Buffalo, NY, 1901-09, where he became an American citizen. Made provincial superior of his order, he was appointed bishop of London, Ontario, in December 1909. He became the leader of Ontario's Irish Catholics who were endeavouring to keep Franco-Ontarians "in their place," ie, trying to prevent the acceptance of bilingual schooling. During his more than 20 years as bishop, Fallon stood at the centre of the ethnolinguistic fighting during the Ontario Schools Question 1912-27. He died a hero to many Irish Catholics but a demon to Franco-Ontarians. 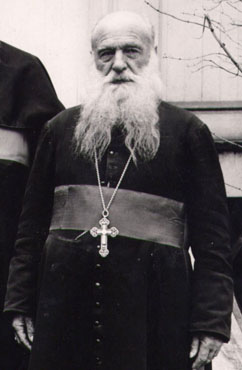