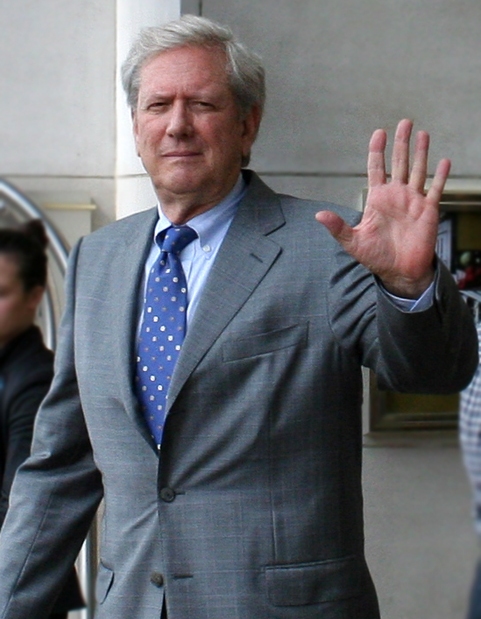 After serving in the US Marine Corps, Murphy studied at the University of Arizona and UCLA before becoming a high school English and drama teacher in his native Los Angeles. When he expressed a desire to pursue acting, a friend recommended he approach Altman, who at the time was directing the television series “Combat” (1963). The two hit it off, and Altman cast Murphy without an audition. “Bob took me under his wing,” Murphy has said. “He told me, ‘You're never going to be a movie star. But you'll do some interesting things.’”

Murphy landed small roles in television series such as “The Man from U.N.C.L.E.,” “Ben Casey,” “Hogan’s Heroes” and “Bonanza” before appearing in Altman’s first feature film, the Vancouver-shot That Cold Day in the Park (1969), as well as his breakthrough hit, MASH (1970). Murphy solidified his status as an Altman regular with roles in Brewster McCloud (1970), the West Vancouver-shot McCabe & Mrs. Miller (1971), and especially the sprawling Nashville (1975). His performance in that film as underhanded Republican rally organizer John Triplette would echo through such future roles as the adulterous husbands in Paul Mazursky’s An Unmarried Woman (1978) and Woody Allen’s Manhattan (1979), the sleazy journalist in Peter Weir’s The Year of Living Dangerously (1982), and even the principled US ambassador in Oliver Stone’s Salvador (1986).

Murphy’s other notable film credits include Tim Burton’s Batman Returns (1992), Altman’s Kansas City (1996), Paul Thomas Anderson’s Magnolia (1999), and Brett Ratner’s X-Men 3: The Last Stand (2006). His dispassionate, intelligent vocal delivery has also made him an ideal narrator for numerous documentaries, including many episodes of the renowned PBS series “The American Experience.”

In 1988, Murphy teamed with Altman and Doonesbury creator Garry Trudeau on the 11-episode HBO series “Tanner 88.” The show was a biting political satire that followed fictional Michigan congressman Jack Tanner as he struggled against better-known and better-funded presidential candidates in the 1988 Democratic primaries. Filmed during the actual 1988 primaries and incorporating cameos by major US politicians as themselves, the groundbreaking mockumentary — described by Altman as “two-thirds fiction and one-third found art” — was years ahead of its time. The program not only foresaw reality TV, but also influenced the single-season narrative arc many cable series adopted since. The fiction-meets-reality approach of countless satirical comedies owes much to “Tanner 88.” Murphy reprised his role in the 2004 Sundance Channel miniseries “Tanner on Tanner,” which was also written by Trudeau and directed by Altman.

From 1988 to 2009 Murphy was married to Toronto-based actress Wendy Crewson, with whom he has two children. He has appeared in a number of Canadian films and television programs including Don McKellar’s Childstar (2004), Sarah Polley’s acclaimed debut feature Away from Her (2006), Jacob Tierney’s The Trotsky (2009), the critically-acclaimed but short-lived CBC series “Michael: Tuesdays & Thursdays” (2011), and “This is Wonderland” (2004–06), for which he won two Gemini Awards for best supporting actor for his portrayal of sarcastic Judge Maxwell Fraser.

Best Performance by an Actor in a Featured Supporting Role in a Dramatic Series (“This is Wonderland”), Gemini Awards (2004)

Best Performance by an Actor in a Featured Supporting Role in a Dramatic Series (“This is Wonderland”), Gemini Awards (2005)