Mother Marie de St-Joseph (b Marie de Savonnières de la Troche). Ursuline nun, musician, b Château de Saint-Germain in Anjou, France, 7 Sep 1616, d Quebec City 4 Apr 1652. She joined the Ursulines at Tours at 14 and sailed to Canada in 1639 in company with Mother Marie de l'Incarnation. She studied native languages, and her good nature won the trust of the Indians. In her task as teacher of both French and native girls at Quebec, music played an important role. Sister Anne de Ste-Claire wrote in a letter on 2 Sep 1640: 'She is the teacher of our little seminarists, whom she loves as a mother loves her children. After catechism she teaches them to sing hymns and to play them on the viol; sometimes, she has them dance in the manner of the Indians' (Les Ursulines de Québec, Quebec City 1863). After her early death a chronicler remembered that 'she had a beautiful voice and understood Music well, not only did she sing and chant the psalms, but she also led the Choir, for which office she doubtless had aptitude; for she succeeded in it marvelously, notwithstanding her lung troubles' (Jesuit Relations, vol 38, p 149) 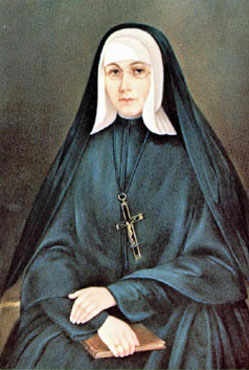