"I looked after everything that was ever used in the RAF, from clothing right down to the smallest part of a nut or bolt of a plane, to the bigger part that would make a wing."

"I looked after everything that was ever used in the RAF, from clothing right down to the smallest part of a nut or bolt of a plane, to the bigger part that would make a wing." See below for Mrs Wylie's entire testimony. Please be advised that Memory Project primary sources may deal with personal testimony that reflect the speaker’s recollections and interpretations of events. Individual testimony does not necessarily reflect the views of the Memory Project and Historica Canada. 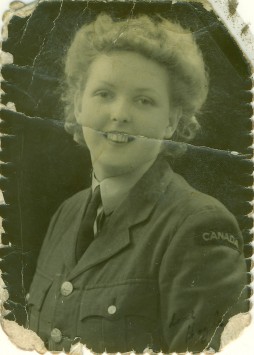 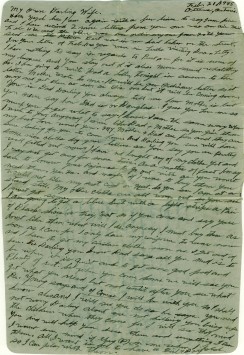 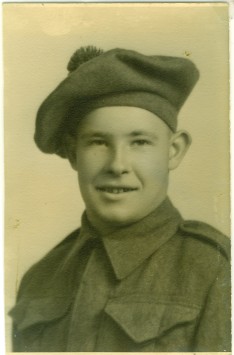 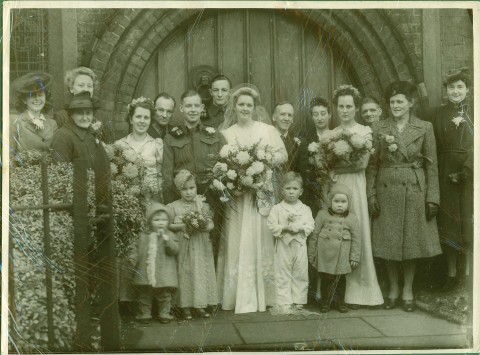 My name is Hazel, but they used to call me 'Can,' or 'Blondie.' I'm a Canadian – I was born in Québec – and I was over to England at the time of the attestation of the war. I joined the RAF over there, and I was supposed to come over here and help with forming the WD [Women's Division], but they decided I'd be better suited to be over there and help the girls when they came over to England. I was in the Air Force for four and a half years. I served as Equipment Assistant, but they don't call it by the same name now. I looked after everything that was ever used in the RAF, from clothing right down to the smallest part of a nut or bolt of a plane, to the bigger part that would make a wing. Our books and binders were bound in wood, with nuts and bolts to open them.

The camp was segregated. There were American whites, and they were segregated from the American blacks. We weren't allowed to associate with the blacks, and the Americans didn't associate with the blacks either. If a black airman would come in with a pair of shoes to be repaired, and a white airman would come in to have his boots repaired, the white American would be served before the black man, even though the black man had been there fifteen minutes before. That's how it was.

Then I was in Training Command in Newton, Nottingham – you know, Sherwood Forest. In Newton, Nottingham, that's where they received all the air-lifted Polish people. We couldn't speak Polish and they couldn't speak English – maybe to say 'yes' or 'no'. We were in the office working one day and it came over on the 'Tannoy, "Uwaga! Uwaga!" We all looked at each other and we said, "Oh, someone has control of the Tannoy and is playing with it. Something must be done." We enquired, and "Uwaga! Uwaga!" meant "Attention! Attention!" We thought they were saying, "You bugger! You bugger!"

We had a film in our little hut – it was our movie theatre. It was about the Russians, and they pretty near tore the place apart. It was too bad because we really needed the Russians, but we weren't in the situation that they were in so we didn't quite realize why they'd be so aggressive against the Russians, but after all if you have an enemy on either side of you, you wouldn't have much love for either one.

I had a very bad accident. I was to take some papers to a control tower on my bike. It was all black out, and you should know where everything is in the blackout. So I was cycling along and all these petrol cans (it was windy) had blown on to the track and I cycled right into them. I broke my two front teeth, cut my eye, and dislocated my shoulder and was all shook up. When I arrived at the control tower they said, "My God, Can! You look a bloody mess!" They took me back in a jeep and I stayed on duty until the next morning, until the staff came in for duty, and then I went to the emergency hospital in Wrexham, North Wales. When I went to the MO they said, "Well, it's your left arm and you write with your right. You'll be alright to go on light duties." They gave me a few days' leave and I went home. They had a German prisoner of war on the train with me. He was just a young boy. It touched my heart – he was doing what he had been taught to do for his country, and I was doing what I had been taught to do for my country.