"Food was the most important part which we never did have very much of, and then sickness, you start diarrhea, dysentery and big sores formed on your legs from malnutrition."

"Food was the most important part which we never did have very much of, and then sickness, you start diarrhea, dysentery and big sores formed on your legs from malnutrition." See below for Mr. Stebbe's entire testimony. Please be advised that Memory Project primary sources may deal with personal testimony that reflect the speaker’s recollections and interpretations of events. Individual testimony does not necessarily reflect the views of the Memory Project and Historica Canada. 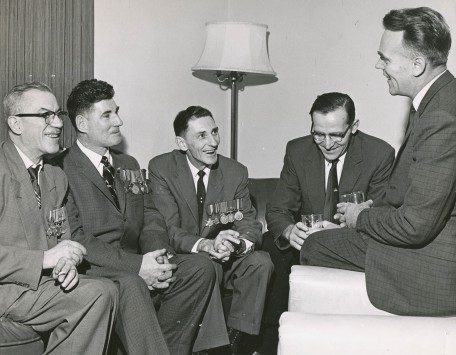 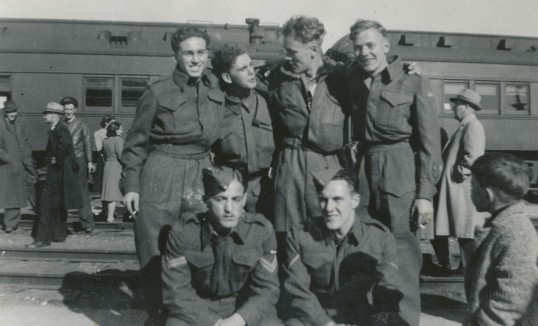 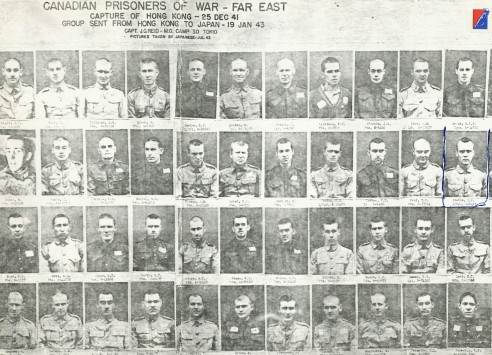 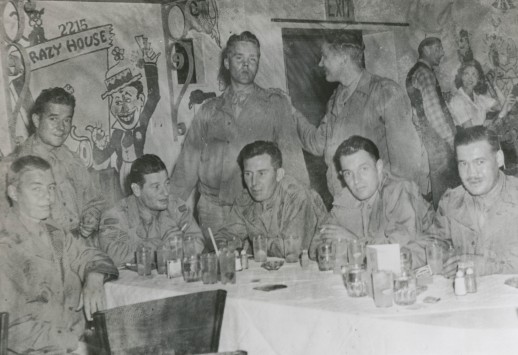 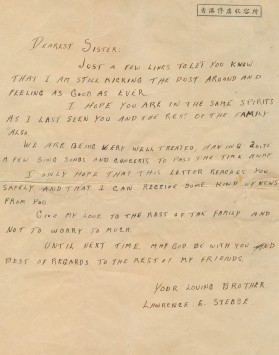 It was a Sunday morning when I was put on telephone duty on our main telephones and we were listening in to some of the comments that were coming in from the border of China and Hong Kong. It was getting pretty serious. We could listen; some of the things that were being said was that the Japanese were forming up battalions and it looked like so then there might be a war. Well, in the afternoon, we sure found out.

[The Japanese] started to bomb Hong Kong [on December 7, 1941] before even war was declared and what the sad thing was about, all my personal belongings, everything that I owned was in my kit and my container at my bedside and before I got back into the barracks to claim anything, everything was stripped out of the barracks and out of mine, I never did see it again. I went to war and I didn’t have a gun. Honestly. The clothes I had on my back that day, on February the 25th [1946] when the war ended for us, I had those clothes on I think at least for the next three years.

When we were first captured [after Allied positions were overrun on December 25, 1941], we went back to our barracks in Hong Kong and then a few months later, we were transferred over to a camp over on the island, North Point Camp. Food was the most important part which we never did have very much of, and then sickness, you start diarrhea, dysentery and big sores formed on your legs from malnutrition. And I still have scars all the way up my legs and stuff from malnutrition. Yeah, and, I don’t know, I guess some of the men they just gave up and died and that was it.

Well, I think about in August of [1942], three of our men from the Winnipeg Grenadiers escaped and they were later beheaded. And when the [Japanese] came back into camp, it was then late in the evening, we were all pretty well ready for bed and everybody had to evacuate and go onto our parade square. Well, I had just come out of the dysentery ward - my second bout of dysentery I had - I was down to about 125, 130 pounds, and I just was very, very weak. But it was raining and we had to stand out there and wait until they called us by number. And we had to walk to the entrance of a hut. They were inside the hut and the light would shine on you and your number that you had and then you could look, they’d check you out and then you could go back to your barracks. But there were guards all over the place, you couldn’t go anywhere except back to your barracks. And I remember getting back to my barracks and passed out, I don’t know for how many days, it was just a …oh, just a terrible mess.

If you could walk across the parade square, if you could walk from where you were, you were eligible to get on the draft [for labour duties] when they were going to Japan. If you could walk across the road without a cane or anything, you could make the draft. A lot of us thought, well that’s neat. It can’t be any worse anywhere else than what we were, what we were having here, so we got on the draft to Japan and then we went and landed in Nagasaki off this old tub of a ship that we were in. We’d never seen daylight for I don’t know how long. And got on the port in Nagasaki and got onto a train and the blinds were pulled down, a guard on each end of that train carriage and my group landed up in Tokyo, Tokyo, Yokohama, in our camp 3-D, to a shipyard. And that’s where I spent right up until my last part of the war until, until the [American] bombing [of Tokyo] on March the 10th of 1945.

You can’t put it out into, into words. It’s what you experience to one another and helped each other. You know, you had a buddy, like I had a buddy there that when we were in Tokyo, we had one blanket for each. And we had a little pillow which was made out of straw and a blanket. That’s the only thing that we received from them actually, for winter wear. And so we kind of doubled up. We wore our pajamas. They gave us, mind you, there was another thing, they gave us a pair of pajamas which had strings at the bottom because of the fleas - there were fleas - if they ever got inside your pants and stuff, they’d just eat you up. And we put socks on and stuff, slept with socks on and these pants tightened around them. You’d get some sleep that way. But we weathered that for, we had a little box stove in each hut; there was 250 men in each hut so one little stove. I think they lit it about once I think, once in the winter for us.

But we had a, in the centre of the, between the two big huts, there was a bath, a built-in bath. And every three weeks or so, on a Monday or about every three weeks, one side of the hut would get a bath. And then three weeks, the other side would get a bath. And a big bathtub made for 250 men on one side, 250 men on the other side. You know, it was pretty drastic to go in and get a, they had a pail there, you could wash a little bit of clothes that you had sometimes if there was water left over after the bath.

It's hard to explain what went on, honestly.