"I met a lot of other young girls from coast to coast and some even American girls. And so we decided we’d go out this one night to a house party."

"I met a lot of other young girls from coast to coast and some even American girls. And so we decided we’d go out this one night to a house party." See below for Mrs. Hawryluk's entire testimony. Please be advised that Memory Project primary sources may deal with personal testimony that reflect the speaker’s recollections and interpretations of events. Individual testimony does not necessarily reflect the views of the Memory Project and Historica Canada. 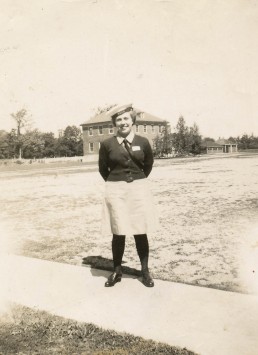 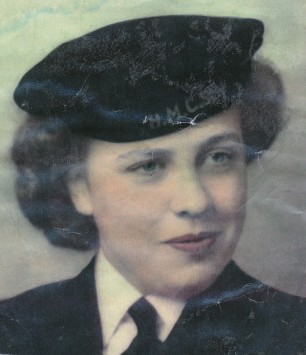 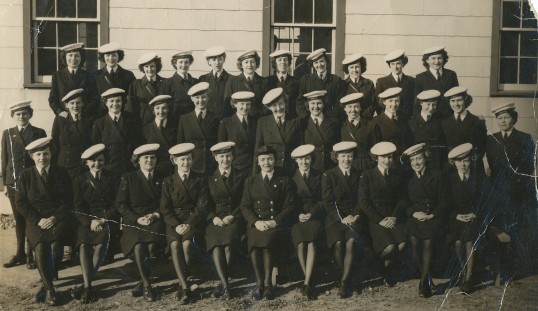 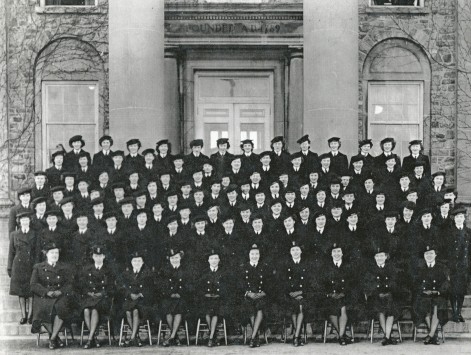 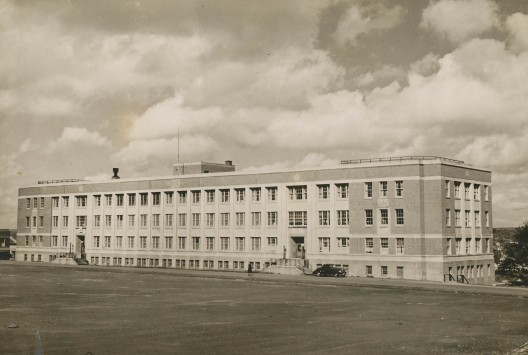 I came to join the Navy, I was working in a factory in Chatham [Ontario], American Pad and Textile, on power sewing machines making work gloves. And a girlfriend of mine came from Toronto and said, let’s join the Navy [Women’s Royal Canadian Naval Service]. I’d never been away from home and I thought that would be great. So off we went. We had our medical in Windsor at HMCS Hunter. That’s where we originally joined up. Then in September 1944, we went to [HMCS] Conestoga [in Galt, Ontario] for basic training, where we learned to march, all about ships and got our shots. Then I was sent to [HMCS] Cornwallis, Nova Scotia for a course to be a WRA, Ward Room Attendant. From there, we went to HMCS Kings [an officer’s training establishment in Halifax], where I worked. We waited on officers, served them their meals. We had to learn who to serve first in rank and what table to set them at when they had visitors and who to serve first and which side to serve what on. In the afternoons, they had an open bar. They could have coffee and sandwiches or they could have alcoholic drinks. In the mornings, the Captain left his shoes out in the hall and you cleaned his shoes. You also had a chance to go on duty to wash dishes. We also were infested with cockroaches at one time. So they closed the building all up for over 24 hours to spray and get rid of the cockroaches. So then after VE-Day, they closed HMCS Kings, they were officers in training that we waited on. So then I was sent to HMCS Stadacona [Halifax]. We lived on base but the women officers’ quarters was outside the gates at a place called Lorne Terrace. So we waited on the women officers. Well, in the morning, we had to run their bath and wake them up, besides serving their meals and that. At that base, we ate the same foods they did. I had gone out, I met a lot of other young girls from coast to coast and some even American girls. And so we decided we’d go out this one night to a house party. We come back and I was a little tipsy but quiet. So I was up on charge the next morning in front of an officer, a woman officer. So I go in front of her and she says to me - my maiden name is Yager - she said, Yager, if you can’t hold your liquor, don’t drink. And I had to work the next morning and that was enough, I didn’t get like that again. When you have a hangover like that. 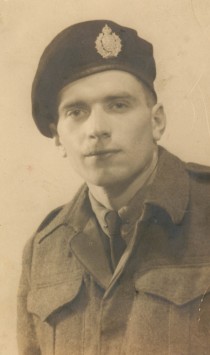