"It was marvelous working at John Inglis, everyone got along so well. It was a happy place to work. We all knew what we were doing, and you knew you were doing something that was important."

"It was marvelous working at John Inglis, everyone got along so well. It was a happy place to work. We all knew what we were doing, and you knew you were doing something that was important." See below for Ms. McSwain's entire testimony. Please be advised that Memory Project primary sources may deal with personal testimony that reflect the speaker’s recollections and interpretations of events. Individual testimony does not necessarily reflect the views of the Memory Project and Historica Canada. 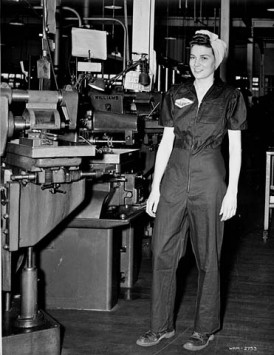 Well my dad also worked at John Inglis. And it was while he was working there that he got sick. Actually, it was leukemia. They didn't have any of the bone marrow things that they do now. There was not much way to treat – in fact he was sick for a long time before they knew what was wrong with him. And then they told us it was leukemia. He talked my sister and I into coming and working at John Inglis, and that's why we went there.

He enjoyed working there himself. And he saw every day, he saw these girls coming in. “My two girls should be joining them.” So we did. I think he was glad we finally got a job!

These parts here, this is what we worked on, mostly on the tripod in here. Isn't it a beauty, eh? Wow. We never knew the name of them. There were numbers. 1250. Or 356 or something like that. But I think that was a 1250. Marvelous, isn't it? But aren't they heavy. Wow! You think the soldiers had to carry these things. Oh my God! They were strong men.

Well, it was strange. There were so many people, you know, and it was marvelous working at John Inglis, everyone got along so well. It was a happy place to work. We all knew what we were doing, and you knew you were doing something that was important. There was very few times when people were absent. You know you could count on the same people being there day after day. Everyone was very responsible. It was a wonderful place.

And they, John Inglis, did a lot for us. We had the Girls' Club, we had bowling teams. There was dances, they, a couple of dances at the Royal York [Hotel] - formal affairs, if you can believe that. I think that was my first formal dance, when I went down there. There was a bunch of us that would be horseback riding too. It was, people got together in groups and did things together. It was fun. We, we'd sing all the way out on the streetcar and all the way back again.

What would you sing?

Anything, mostly war songs, you know. Anything that we all knew the words to. What is life without music? 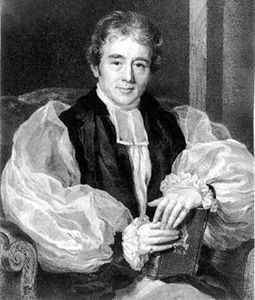