New Maryland, NB, incorporated as a village in 1961, population 4232 (2011c), 4248 (2006c). The Village of New Maryland is located adjacent to the southwestern boundary of FREDERICTON. In 1783, members of the Maryland LOYALISTS, a regiment raised in Maryland which fought for Britain in the American War of Independence, were resettled near Fredericton. In 1817 descendants of these Maryland Loyalists took up land away from the Saint John River in an area that became known as "Maryland Hill." They were soon joined by a group of Scottish settlers, and in 1846 this community became the Parish of New Maryland. Most residents worked in farming and lumbering. 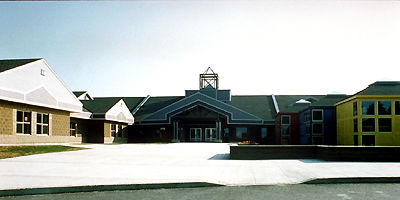 New Maryland includes a number of historic buildings, including the Anglican church and Victoria Hall. It was the site of the last fatal duel in the province in 1821. Despite its proximity to Fredericton, the community has retained its rural character, although in recent years a number of housing subdivisions and commercial developments have been completed.