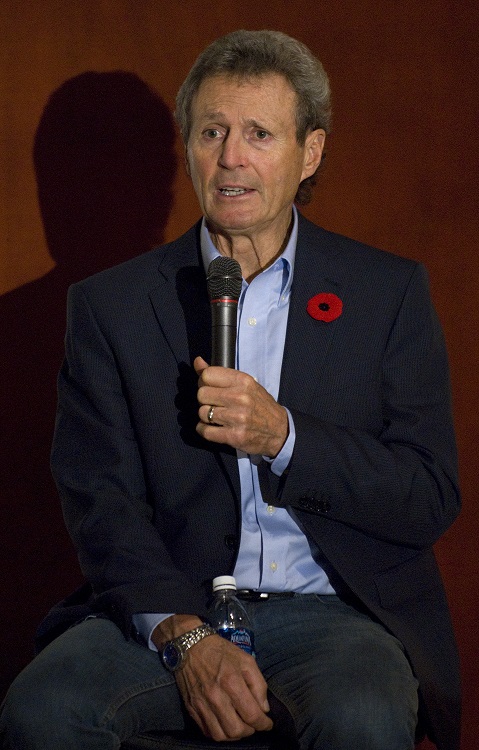 Member of Team Canada 1972, Paul Henderson answers questions during the Summit Series Fan Forum in the Esso Theatre at the Hockey Hall of Fame during the 2012 Induction Weekend Celebration in Toronto, Ontario, Canada on 10 November 2012. (photo by Steve Poirier, courtesy Hockey Hall of Fame)

Paul Henderson entered the world in dramatic fashion. During the winter of 1943, his father was overseas, fighting in the Second World War, while his mother lived at the farm of her parents-in-law. She went into labour during a snowstorm, and Henderson was born in a horse-drawn sleigh crossing Lake Huron en route to the hospital in Kincardine.

Four siblings followed, and the Hendersons relocated often before settling in Lucknow, Ontario, where Paul was first introduced to hockey. A young Henderson was first exposed to the sport in the basement of a local Chinese restaurant, where he used old catalogues for shin pads. After the family that owned the restaurant outfitted him with proper gear, his father coached his youth teams. Henderson became a fast skater and prolific scorer and led his junior team, the Lucknow Sepoys, to victory after victory.

Henderson signed with the Detroit Red Wings as a teenager. He joined Detroit’s Ontario Hockey Association (OHA) farm team, the Hamilton Red Wings. Henderson helped lead the Red Wings to win the Memorial Cup in 1962. The following season, 1962–63, the NHL Red Wings called Henderson up to play two games. Over the course of 48 games with Hamilton that season, he scored 49 goals—an OHA record. In 1963–64, Henderson played for the American Hockey League (AHL) Pittsburgh Hornets. 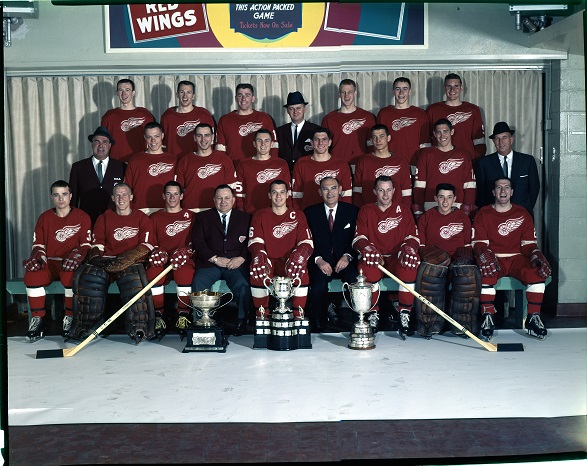 The 1961–62 Hamilton Red Wings of the OHA Junior 'A' league at the Barton Street Arena in Hamilton, Ontario, Canada. The Wings were winners of the (L–R) Richardson Memorial Trophy, the Memorial Cup and the John Ross Robertson Cup in 1962. (photo by Macdonald Stewart, courtesy of the Hockey Hall of Fame)

Henderson became a full-time NHL player with the Detroit Red Wings for the 1964–65 season. He scored 20 goals the following season—the same year that the Red Wings advanced to the Stanley Cup Final. In March 1968, he was traded to the defending Cup champions, the Toronto Maple Leafs. Henderson scored 30 goals and earned 60 points in 1970–71, his top performing NHL season. The following season, he scored 38 goals—a personal best. During his time with the Leafs, Henderson was known as a consistent and reliable player, operating as part of an effective forward trio, along with Norm Ullman and Ron Ellis. 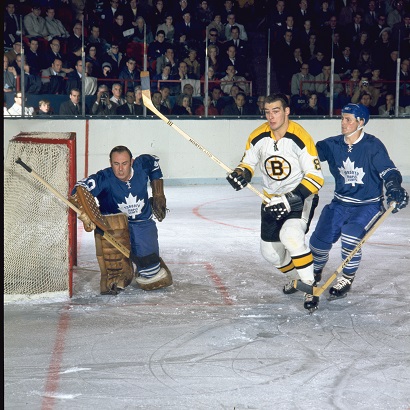 Game action between the Boston Bruins and the Toronto Maple Leafs during the 1968–69 NHL season at Maple Leaf Gardens in Toronto, Ontario, Canada. Left to right: Bruce Gamble, Ken Hodge and Paul Henderson. (courtesy of the Hockey Hall of Fame))

Paul Henderson’s winning goal in game eight of the 1972 Summit Series is one of the most iconic moments in Canadian sports history and the pinnacle of his hockey career. The series was conceived as a test of the best players and teams in the sport, where—unlike the Olympics—professionals would be allowed to participate. Top Canadian NHL players would finally be able to demonstrate their talent against a Soviet team that had dominated international competition since the early 1960s. Despite the Russians’ recent success, Canadians still considered themselves to be the undisputed world leaders in hockey and expected an easy victory. Canadian fans and players alike were stunned when the series turned into a bitter and hard-fought battle. Team Canada was under immense pressure to win. The series was about more than just hockey, as the teams represented the two opposing ideologies involved in the Cold War. 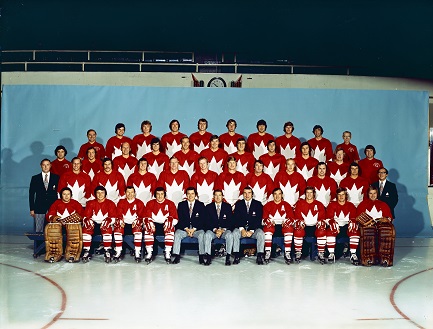 1972 Team Canada at Maple Leaf Gardens in Toronto, Ontario, Canada. Team Canada faced the Soviet Union in an 8-game series during September 1972 and won the series dramatically in the final game. (photo by Macdonald Stewart, courtesy Hockey Hall of Fame)

The series began in Canada, with games in Montreal, Toronto, Winnipeg and Vancouver. The Canadians lost the first game, won the second, tied the third and lost the fourth. The crowd jeered Team Canada in Vancouver. 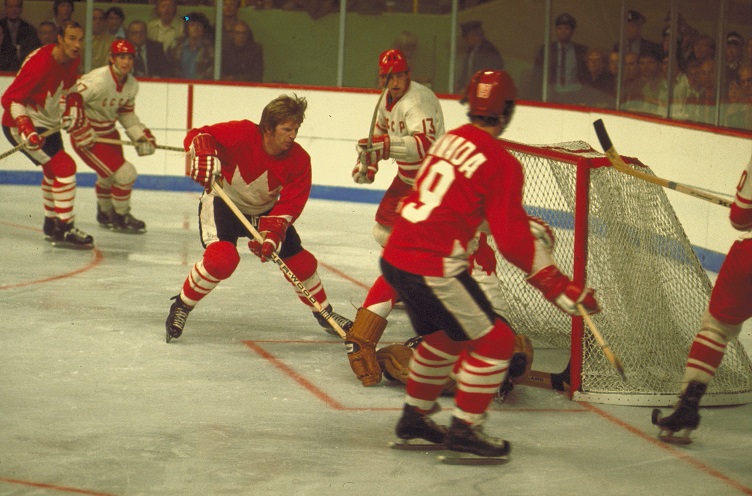 The series then moved to Europe. In Moscow, the Canadians lost game five but made a comeback, winning the next three games and clinching the series. Victory came by a slim margin, as games six through eight were won by one goal each, with Henderson scoring the winning goal in every case. In game eight, with just 34 seconds left in the third period, he scored after yelling at teammate Pete Mahovlich to exit the ice before attacking the rebound of Phil Esposito’s shot on net.

Canadians from coast to coast remember exactly where they were when Henderson scored his famous goal. The streets were empty, and the country came to a standstill. It is estimated that at least two-thirds of the Canadian population saw or heard Henderson’s winning goal in the eighth and final game.

Henderson’s winning goal is widely considered to be the most important moment in Canadian sports in the past hundred years. The Hockey Hall of Fame honoured Team Canada 1972 as the “greatest team of the 20th century.”

After the Summit Series, Henderson returned to the Leafs for the 1972–73 season. But, like many of his teammates, he didn’t get along with team executive Harold Ballard. Henderson played in the 1974 Summit Series, which the Soviets won, before leaving the NHL and joining the World Hockey Association in 1974–75. Henderson played five seasons with the WHA Toronto Toros, who later became the Birmingham Bulls, scoring 140 goals. The NHL Atlanta Flames signed Henderson in 1979 — the same year that the WHA and NHL merged — and Henderson split his time between the Flames and the Bulls, who by that point were part of the Central Hockey League. Henderson retired from professional hockey after the 1980–81 season. In total, he had scored 236 goals in the NHL.

Life Outside of Hockey

Henderson is married to his high-school sweetheart, Eleanor. The couple have three daughters and seven grandchildren. Since 1984, Henderson has worked with an organization called LeaderImpact, a Christian organization aimed at inspiring and developing the personal, professional and spiritual lives of leaders in the community. He was diagnosed with leukemia in 2009 but has since made a recovery.