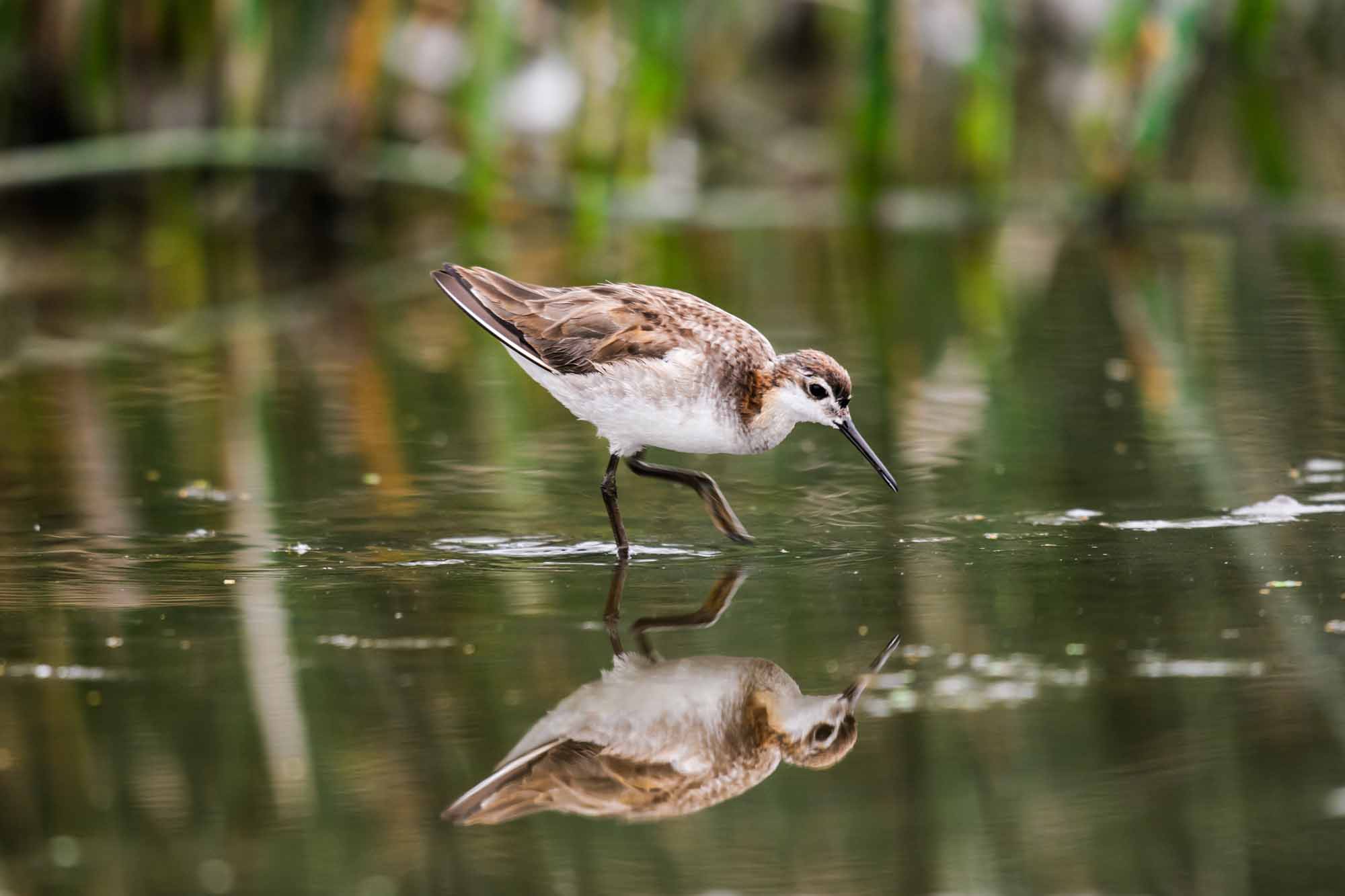 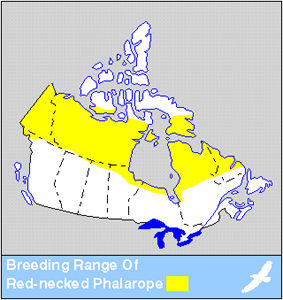 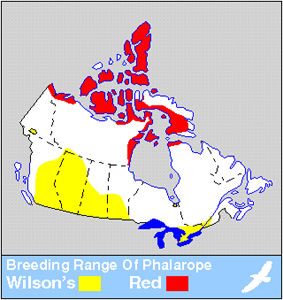 The phalarope (family Scolopacidae) is a sandpiperlike shorebird, highly specialized for aquatic life. Only 3 species are found worldwide and all occur in Canada.

Phalaropes' legs are flattened laterally and toes have lobed flaps on sides and small webs at bases. Phalaropes swim jerkily, in tight circles, picking at food (aquatic invertebrates and larval fishes) stirred up by the small currents they create. They are often seen far out at sea. Females do the courting and after egg laying usually abandon their mates, leaving them to incubate the eggs and care for the young.

The red phalarope (Phalaropus fulicaria) has a circumpolar range. It usually breeds in small colonies near coastal freshwater pools; in Canada, from western Hudson Bay to northern Ellesmere Island. Nests are cup-shaped depressions, often concealed by grasses domed over the 4 eggs (greenish buff with dark brown markings). This species winters off South America.

The Wilson's phalarope (P. tricolor), the largest species, wades and walks more frequently than the other 2, and has reduced lobes and webs on its toes. Found only in North America, it breeds mainly in the Prairies and locally in eastern Canada, often nesting with black terns. The nest, a scrape near shallow water, is lined with grass by the male. Wilson's phalaropes winter mainly in Argentina.

The red-necked phalarope (P. lobatus), the smallest phalarope, breeds in the low Arctic of the New and Old worlds. In Canada, it nests from Labrador to the southern Yukon. It migrates mainly along the coast and winters on the seas of the Southern Hemisphere.